NVIDIA entry-level segment is growing by the day. 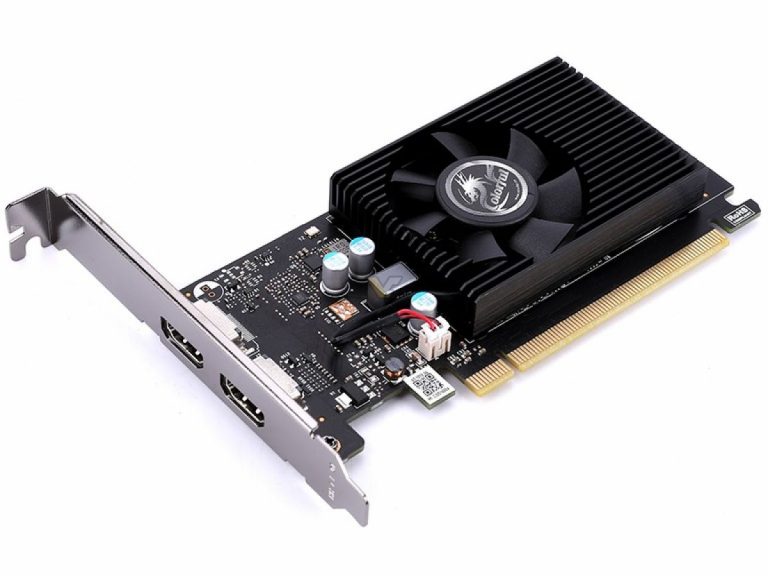 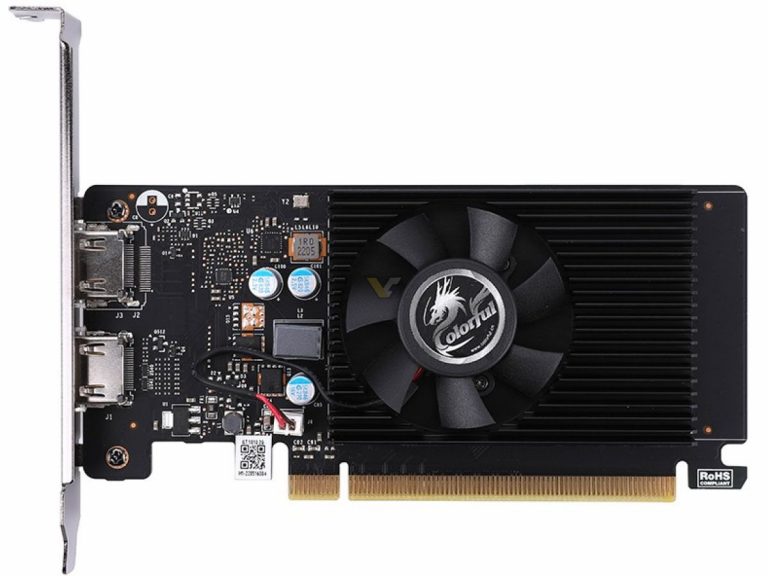 Colorful introduces GeForce GT 1010 with DDR4 memory, a variant of the already existing DDR5 model. The new GT 1010 not only has slower memory but also lower GPU clocks. On a plus side, the power requirement has dropped from 30 to just 20W.

Obviously the GT 1010 DDR4 is not a gaming card, however Colorful notes “2G video memory provides more possibilities for new players” which is indeed true, just not for this card and not in 2022, but maybe 15 years ago.

The GT 1010 DDR4 has nearly identical specs to GT 1030 DDR4, same clocks, TDP and memory configuration. The only change is a lower CUDA core count of 256 instead of 384. It is based on the slowest Pascal GP108 GPU designed in 14 nm process technology. 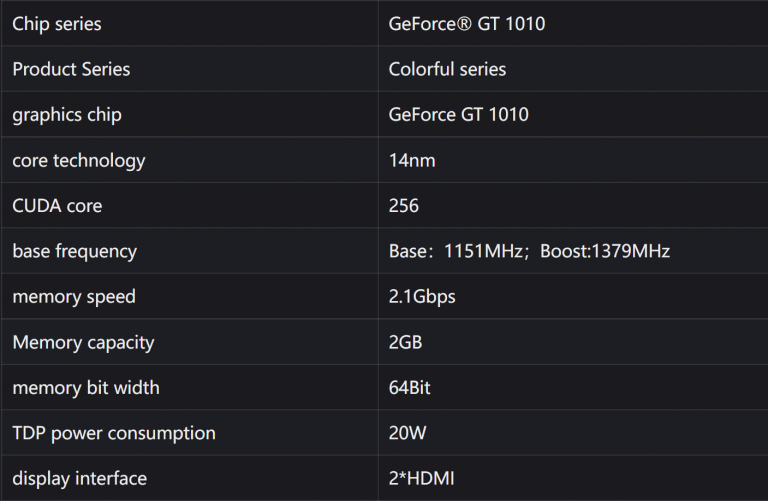 When it comes to low-end GPUs, NVIDIA is also expected to introduce the GeForce GTX 1630 model sometime next week.