Colorful iGame Advanced, up to 400W of power

The company has updated its high-end lineup for RTX 40 GPUs.

Colorful unveils its latest design featuring 3.5-slot cooling with 3 fans. This graphics card series was actually teased in September along with RTX 4090 reveal, but thus far Colorful did not release any RTX 4090 iGame Advanced. It is worth noting, though, that the 4090 designs appears to be slightly different.

Today, Colorful is launching two RTX 4080 iGame Advanced models, either with or without factory overclocking. Gamers should expect up to 2625 MHz boost clock with the OC BIOS engaged. Furthermore, this card will support up to 400W of TDP (this is the max power limit). 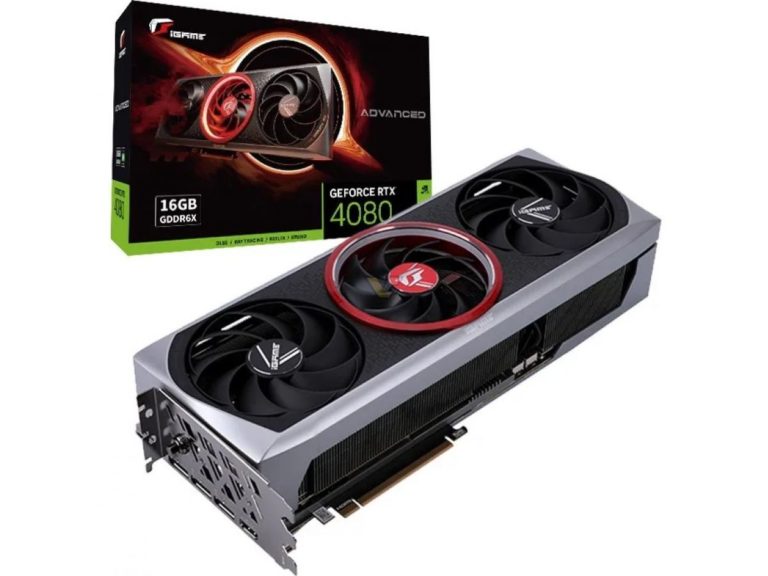 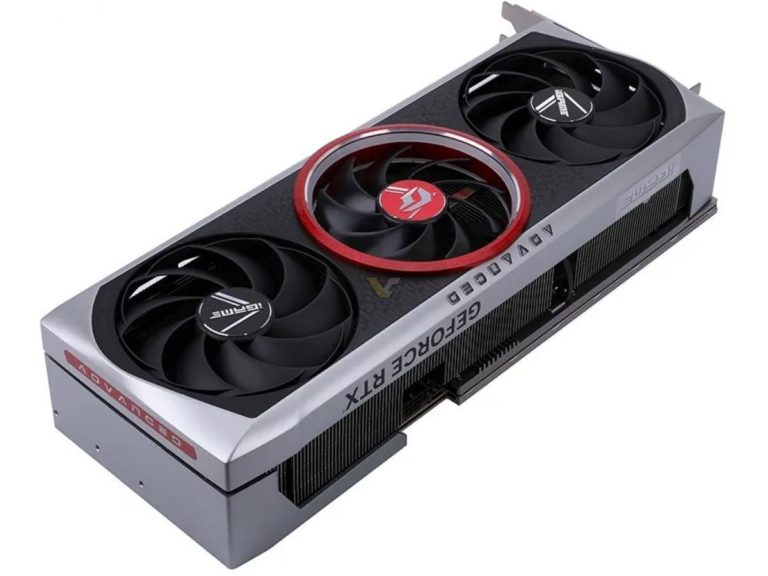 New model ships with AD103 GPU (not GA103 as listed below) equipped with 9728 CUDA cores. This card also has 16GB of GDDR6X memory clocked at 22.4 Gbps. New PCB will definitely be more capable than RTX 4080 Founders Edition, according to Colorful, it ships with 18+4 (GPU/Memory) VRM design. 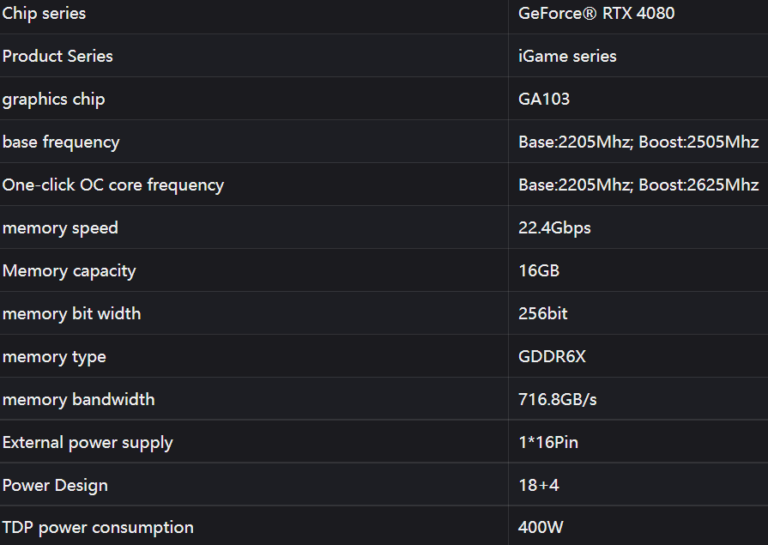 The RTX 40 iGame Advanced is a complete design overhaul from RTX 3080 series. Apart from the new looks, this model will ship with one 16-pin power connector instead of triple 8-pin config as seen on the predecessor. 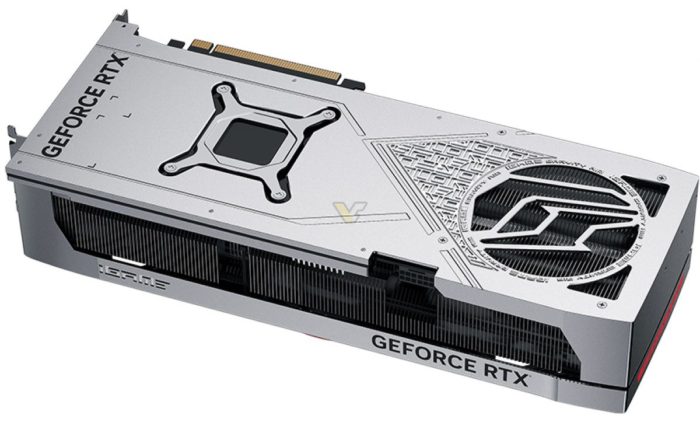 Colorful is set to launch this new card on November 16th. The pricing has not yet been confirmed.