Update: Intel has confirmed it was a mistake

Intel launched the Intel® Iris® Xe discrete desktop graphics card on January 26th with an article on newsroom linking to the product page where a product image was inadvertently attributed to the Colorful brand. The product page was quickly corrected.

Intel works closely with Shenzhen Colorful Technology Development Co Ltd and their subsidiaries as an engineering partner for a range of Intel products. We apologize for the confusion this has caused.

We will provide details of the second OEM partner and brand name when they are available.

An official statement from the Chinese graphics card manufacturer has been published on social media.

The manufacturer which is now exclusively making NVIDIA GeForce graphics cards has announced on Facebook that the rumors about making discrete Intel Iris graphics cards are not true. The company has already stopped making AMD Radeon graphics cards after axing its Colorfire brand a few years ago.

Therefore the reports that Colorful would start making graphics cards with GPU from new suppliers were untrue, the company has confirmed in an official statement: 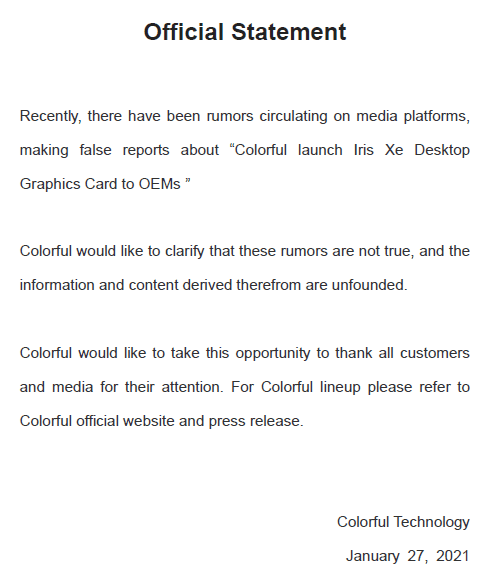 The statement is likely a result of the wrong description on the Intel website. The image that was posted on the Intel Iris Xe AIC website is clearly named:

It is unclear why Intel has named the file in such a way, but one would guess that the manufacturing facility is basically making the same design for Colorful and other brands, in this case, the coolers for Intel Iris OEM cards and Colorful RTX 2060 BattleAx: 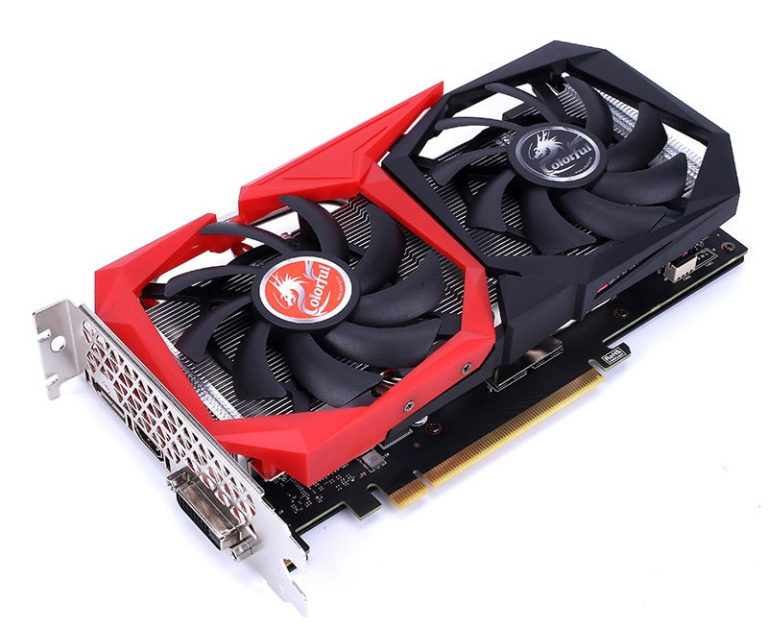 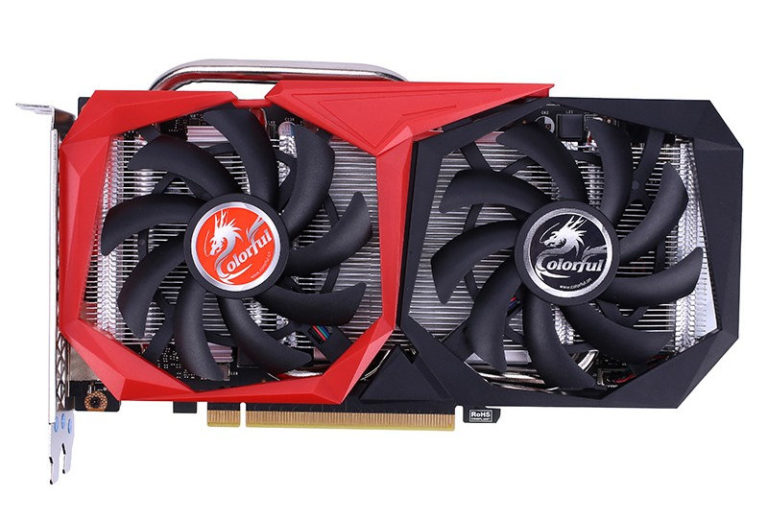 No help from Sherlock is required to notice that both cards have the exact same shroud design, except in a different color. The heatsink is clearly different as well, but the I/O bracket appears to offer the same display options.

Many thanks to @suriiDS for the tip!