Not only has Colorful revealed the first RTX 4070 Ti graphics card, but also almost the entire specs.

The card pictured below is the RTX 4070 Ti BattleAx Deluxe. This cooler is already used by RTX 4080 16GB model, so design-wise it is not that interesting. What is interesting, is that we now have the first picture of the new RTX 4070 Ti GPU, a card that is not supposed to come out until next year. 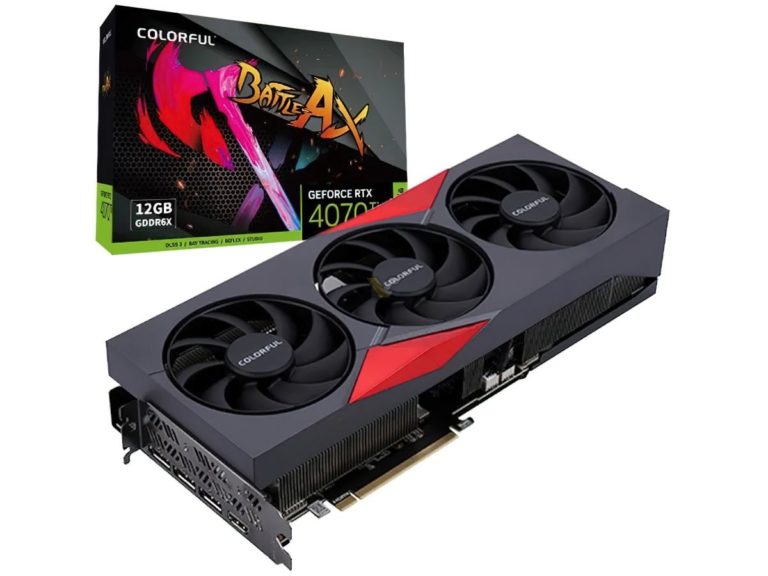 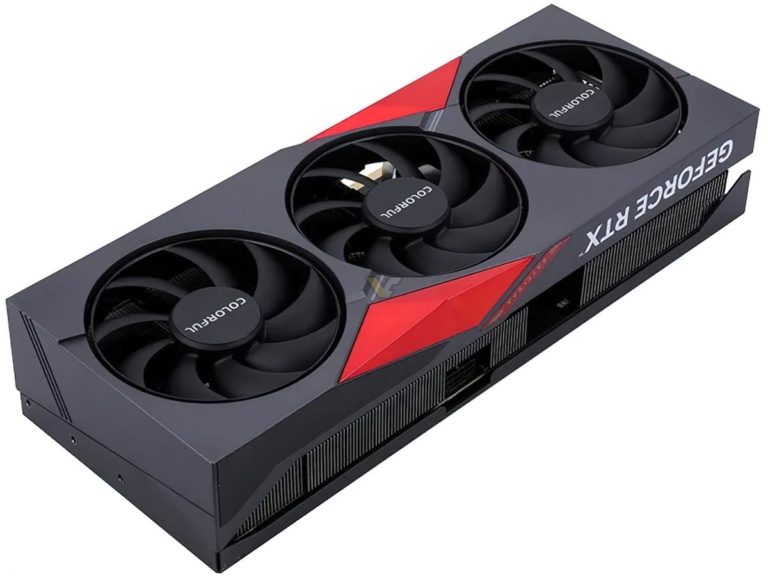 According to Colorful, the RTX 4070 Ti is to be based on AD104 GPU and will indeed feature 12GB GDDR6X memory. The GPU clock speed and memory bandwidth are identical to the GeForce RTX 4080 12GB GPU, an SKU that was canceled by NVIDIA before it reached the market.

Therefore, the company has now confirmed that former RTX 4080 card has indeed been renamed to RTX 4070 Ti, just as the rumors have suggested weeks ago. 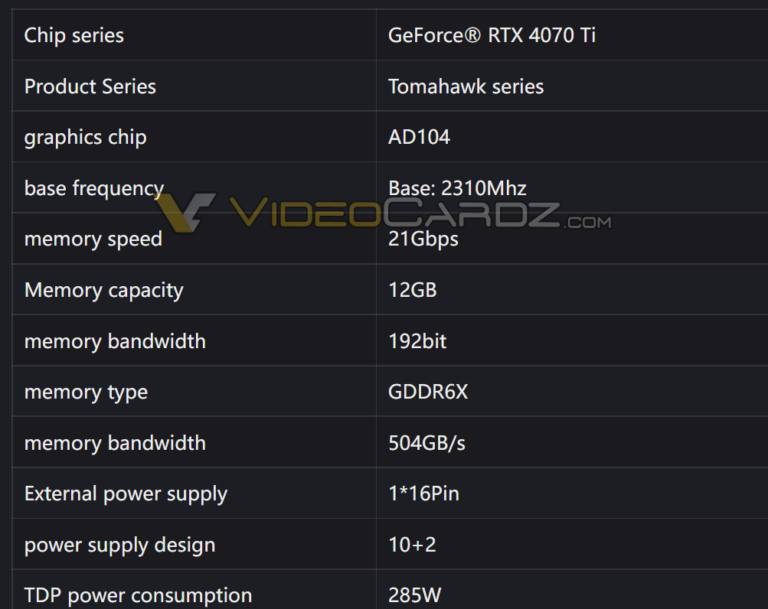 The card is equipped with one 16-pin power connector feeding up to 285W of power. This is a default TDP for the RTX 4070 Ti and BattleAx Deluxe (shown above as Tomahawk due to translation error). Colorful’s BattleAx series are using NVIDIA reference specs most of the time, so this card should tell us exactly what to expect of RTX 4070 Ti. 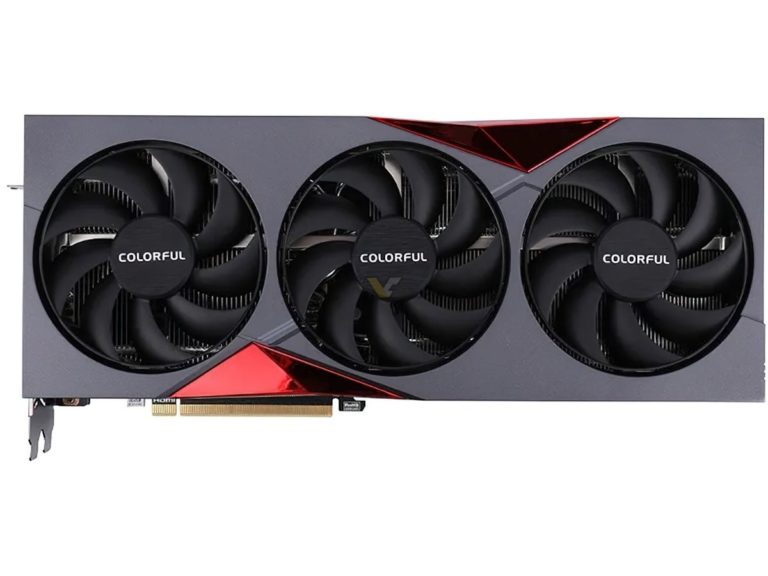 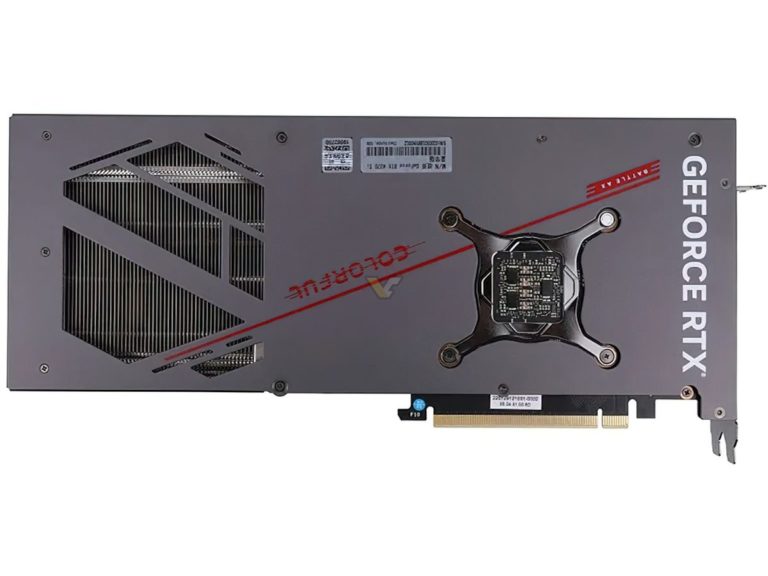 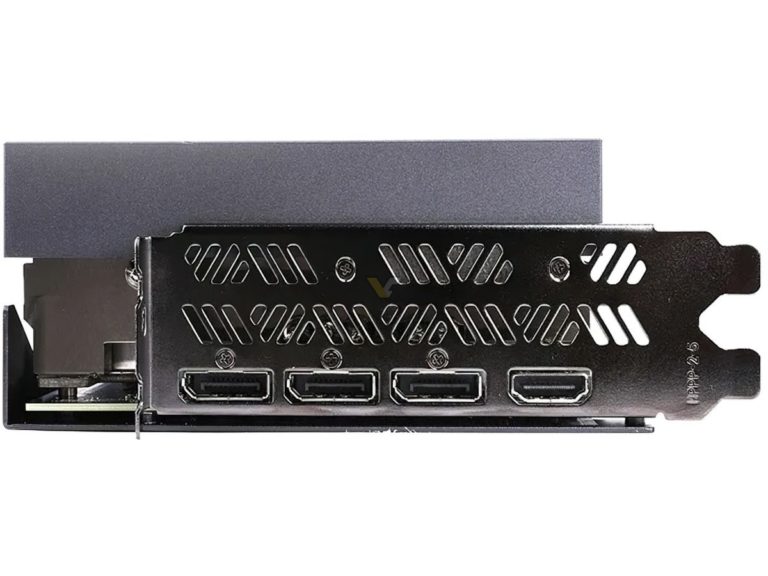 The only thing that was not mentioned by the company is the CUDA core count. However, the RTX 4070 Ti is not expected to be any different from 4080 12GB here, so the full AD104 GPU with 7680 CUDA cores should be implemented here. According to the rumors, RTX 4070 Ti is now launching on January 5th following formal (re)introduction at CES 2023.