The development of CTR 2.0 took more time than usual, due to the complexity of the Zen3 architecture. The Zen3 architecture has brought a new functionality of optimizing frequencies for each core individually. The technology known as Curve Optimizer does this by controlling the voltage for each core. AMD has referred to this technology as ‘like overclocking, no two processors are alike’. It basically took advantage of the unbinned nature of the Zen3 CPU, which features cores with varying voltage headroom.

The Precision Boost Overdrive 2.0 technology along with per core on-chip power regulations are great features that already take care of the most tiresome work for the user, but users can always squeeze more juice out of their CPUs should they have the proper skills or tools. As noted by Yuri, no manufacturer is willing to spend more time optimizing the chip in the factory as it would eat up the cost of the product. This opportunity to further fine-tune the CPU is in the user’s hands and CTR 2.0 is here to help with that.

The most visible change to CTR 2.0 is an updated user interface: 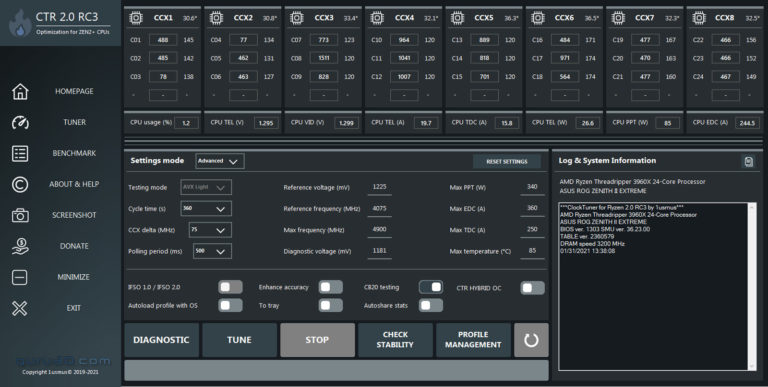 The tool brings a new feature called CTR HYBRID OC. It’s a special profile that will help optimize performance in both multi and single-threaded applications. It has three modes that are applied depending on the system resources and workload, for instance, the P2 mode also called ‘Gaming mode’ will be useful when more one core more CCX is in use. Whereas the P1 mode will be used when there is a heavy load on multiple cores. The Hybrid Mode can also be activated for a certain amount of time, there are special parameters to keep the CPU in those states, which will avoid unnecessary switching of profiles. 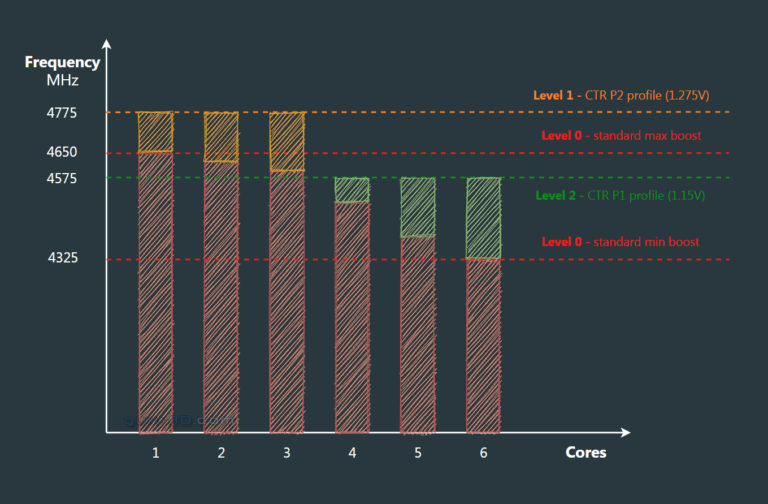 In this picture, the standard boost frequency is marked in red relative to the number of cores used. Also, in this picture, I see P1 and P2 profiles, which I got during troubleshooting and tuning. I managed to gain 200 MHz for all-thread load, and for 6-thread, I got around 200 MHz with the same power consumption. The actual Cinebench R20 performance has grown from 4289 to 4616 (+8%) for 12 threads and from 2842 to 3144 (+10%) for 6 threads, leaving the single-thread performance unchanged. It looks impressive, doesn’t it? Anyway, it’s up to you to judge. 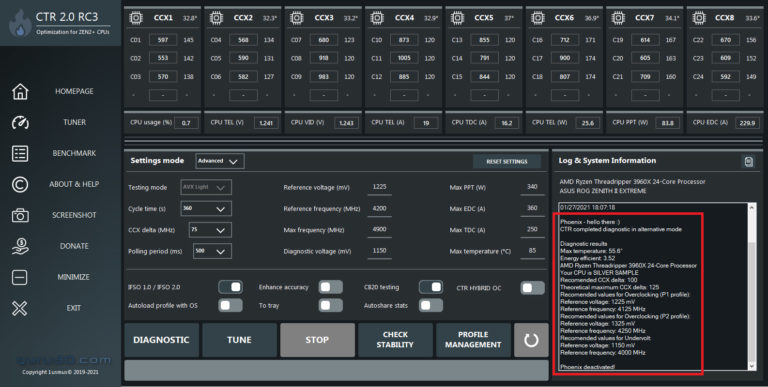 CTR also brings Phoenix mode, which is a feature that will prevent the system from losing the data that would otherwise be lost in case of a system crash. The tool will automatically recover after a crash as CTR now saves each step as it continues to tune the CPU.

User may choose between optimizing performance while keeping the CPU under similar power consumption or give more headroom and achieve higher clocks. Both scenarios were demonstrated by Yuri himself: 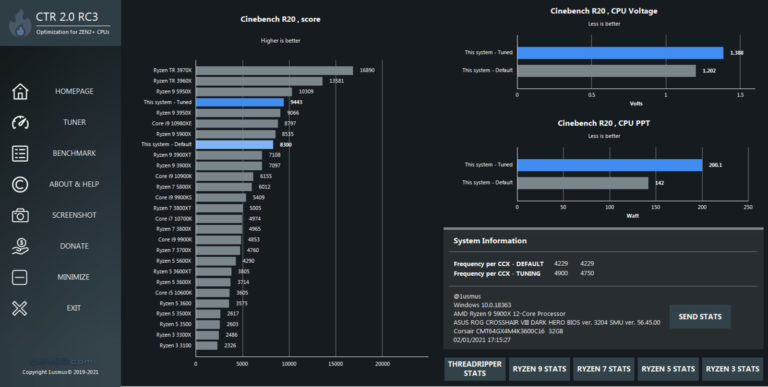 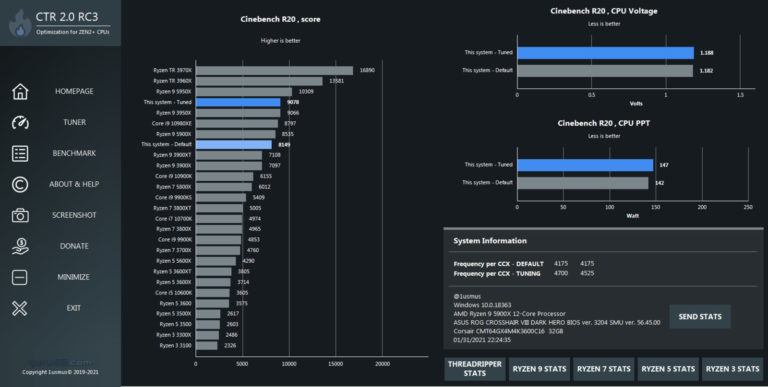 The tool can be downloaded from the following site which also features full guides on how to achieve higher clocks speed (including motherboard optimization):