Clock Tuner for Ryzen 2.1 to get enhanced PX Profile

Yuri ‘1usmus’ Bubliy, the creator of the CTR tool has today announced the new update coming to the software.

A new advanced overclocking profile is coming to CTR. The 2.1 version of the software will feature a special ‘PX Profile’ which is described as the best solution for gamers, benchmarks, and [other] workloads (so basically for everything). It’s an advanced profile that takes the Hybrid OC feature to the next level. 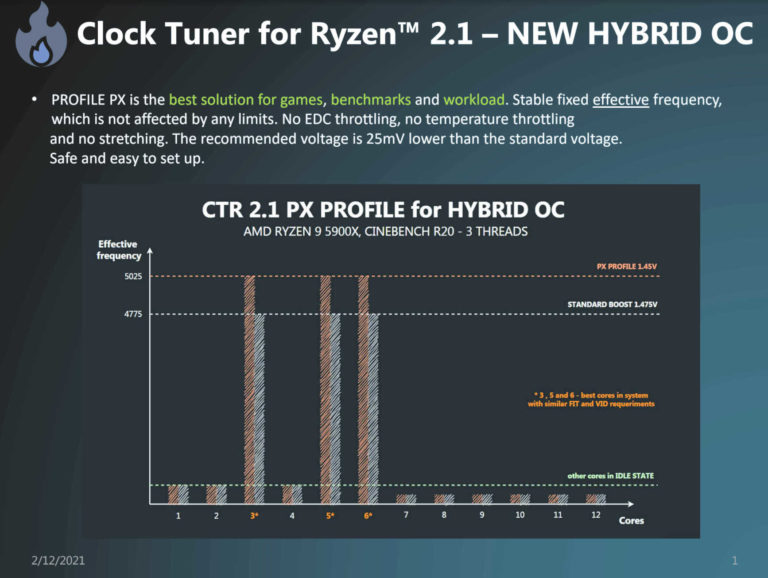 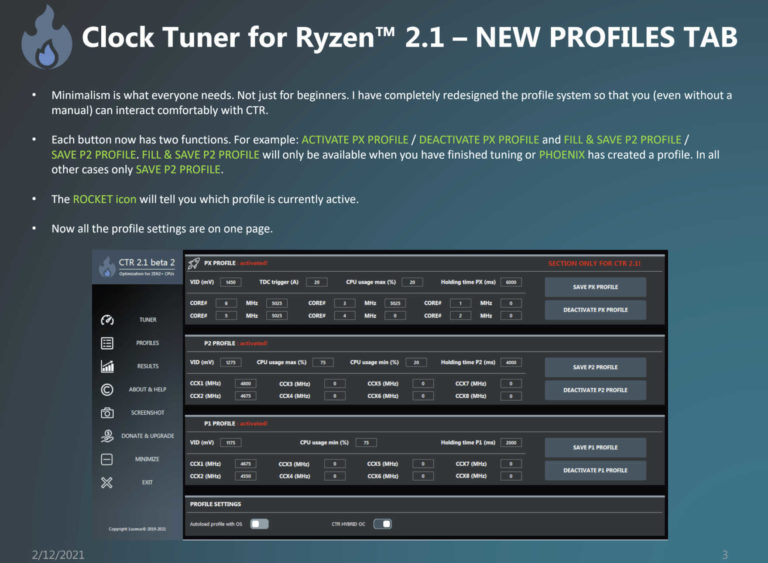 In the slide deck prepared for this announcement, it is said that this profile is not affected by ‘any’ limit. Thus, no EDC throttling or temperature constraints are to be considered. Interestingly, the profile will recommend a 25mV lower voltage compared to the default.

The CTR project is aimed at helping AMD Ryzen CPU owners take full advantage of their processors. These days CPUs are already scrupulously binned in the factory, thus any potential gain from further manual overclocking requires a lot of time and patience. The CTR software is designed to automate this process and the latest 2.0 version brings many predefined profiles that should make the adjusting profile faster than more stable. The developer claims that the upcoming PX Profile is still under development, thus it may change before the release.

The PX Profile will launch with The Clock Tuner for Ryzen 2.1, which is now only available to patrons. The public release has no date yet, but Yuri promises to release it this spring. 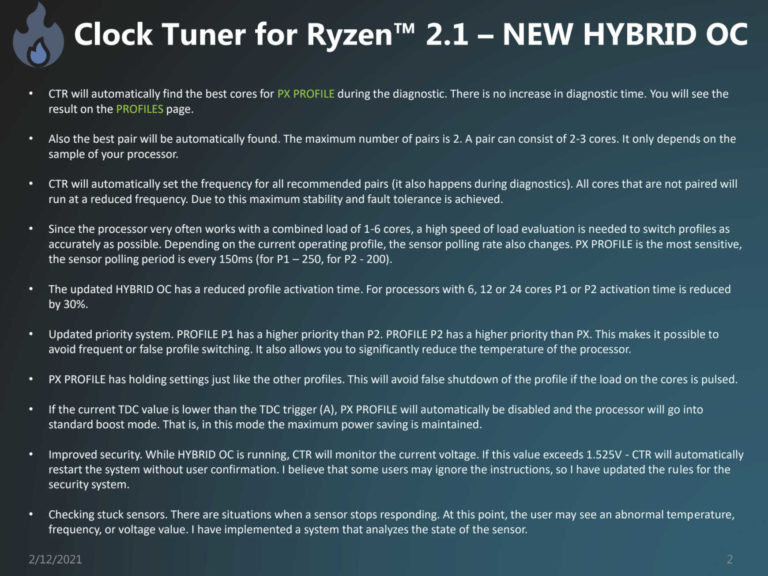 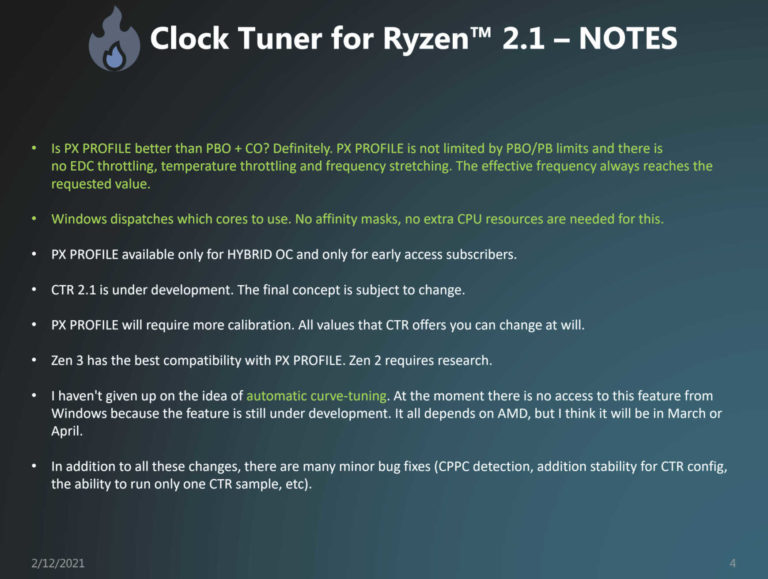