The CTR 2.0 software will now support Zen3 based processors and advanced overclocking tools.

The tool will now offer a Hybrid OC mode, which basically makes the optimization task even simpler than before. By definition, the hybrid mode is a combination of both manual and standard boost options available in the application. It comes with two profiles: P1 for best CCX performance and P2 (also known as Game Profile) that will unlock higher frequencies for multiple cores rather than a single-core.

Another big improvement is a new monitoring technology that no longer relies on Ryzen Master and AMD chipset drivers. In other words, it is no longer required to have Ryzen Master installed when using CTR 2.0. The tool will actually request data from the CPU at a much higher resolution than before, 1ms when the CPU is idle and 7ms when all-cores are loaded. Clock Tuner for Ryzen 2.0 also comes with a new dark user interface, a new diagnostic mode, and advanced logging.

The application now has a roadmap. A 2.1 version is expected to launch in the first quarter of 2021. It will provide automatic curve optimizer for Zen3 CPUs (the 2.0 version is only to offer a manual mode for now), a new version of hybrid overclocking, and a new measurement mode. The 2.2 version is expected to launch in the third quarter, it will support AMD Ryzen Threadripper 5000 series as well as mobile Ryzen 5000 processors based on Zen3 (Cezanne).

Clock Tuner for Ryzen 2.0 will be available for download by end of January next year. Early access will be provided to partners, patrons, and testers later today. 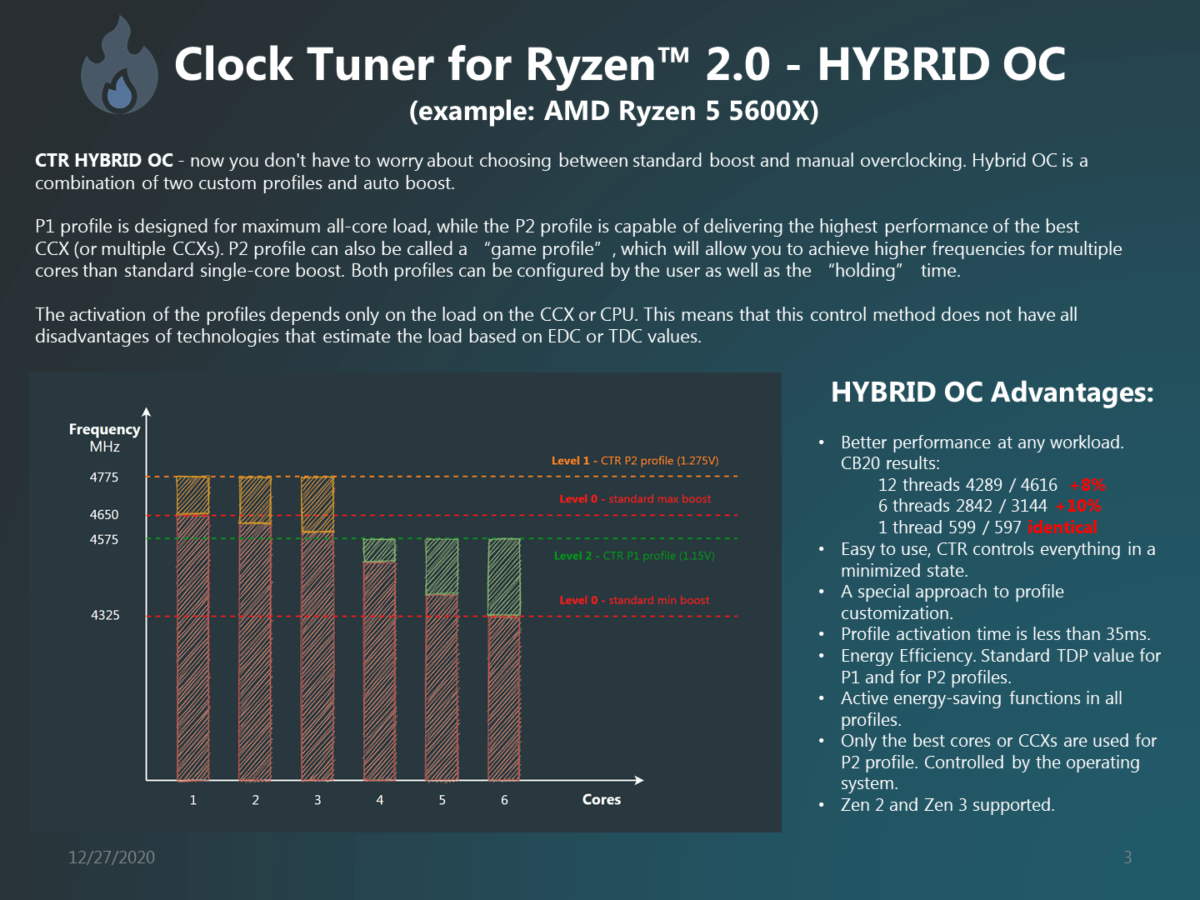 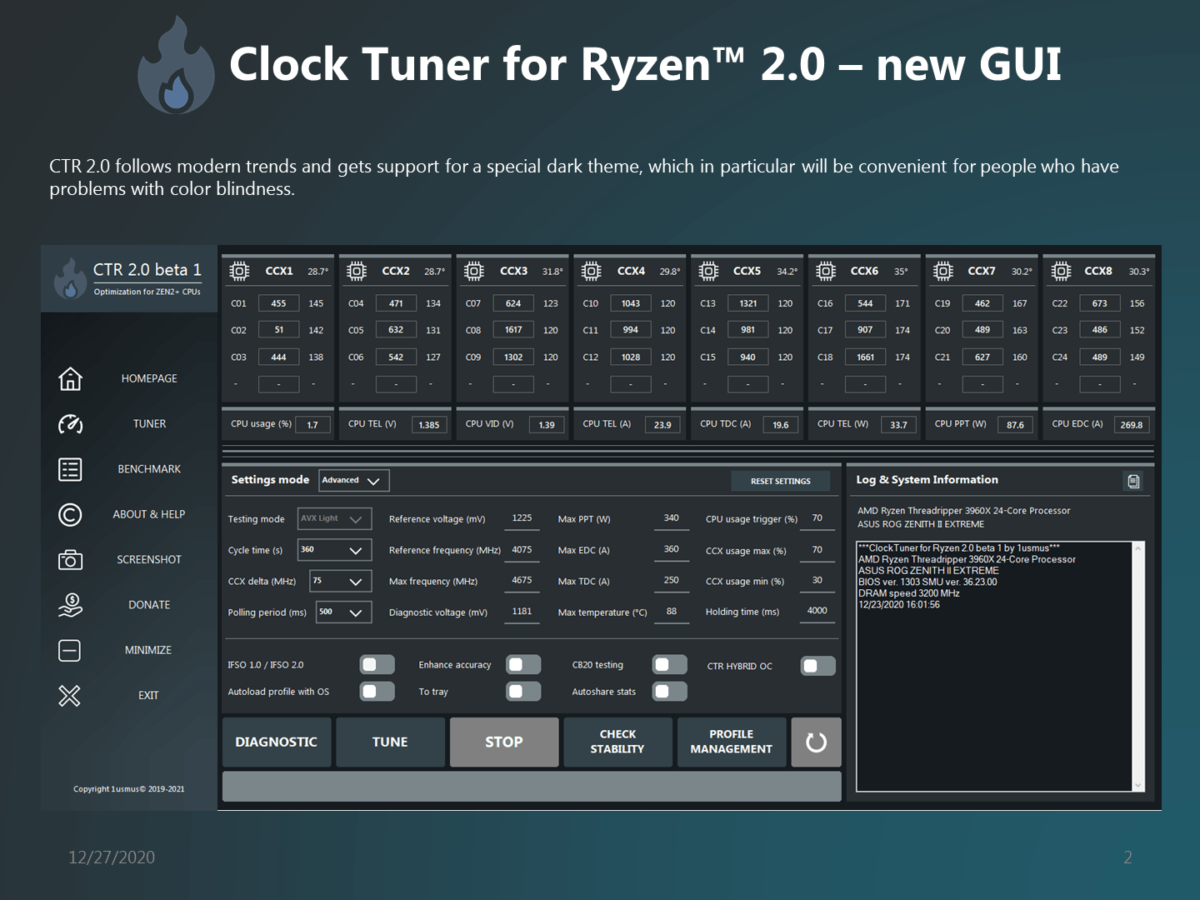 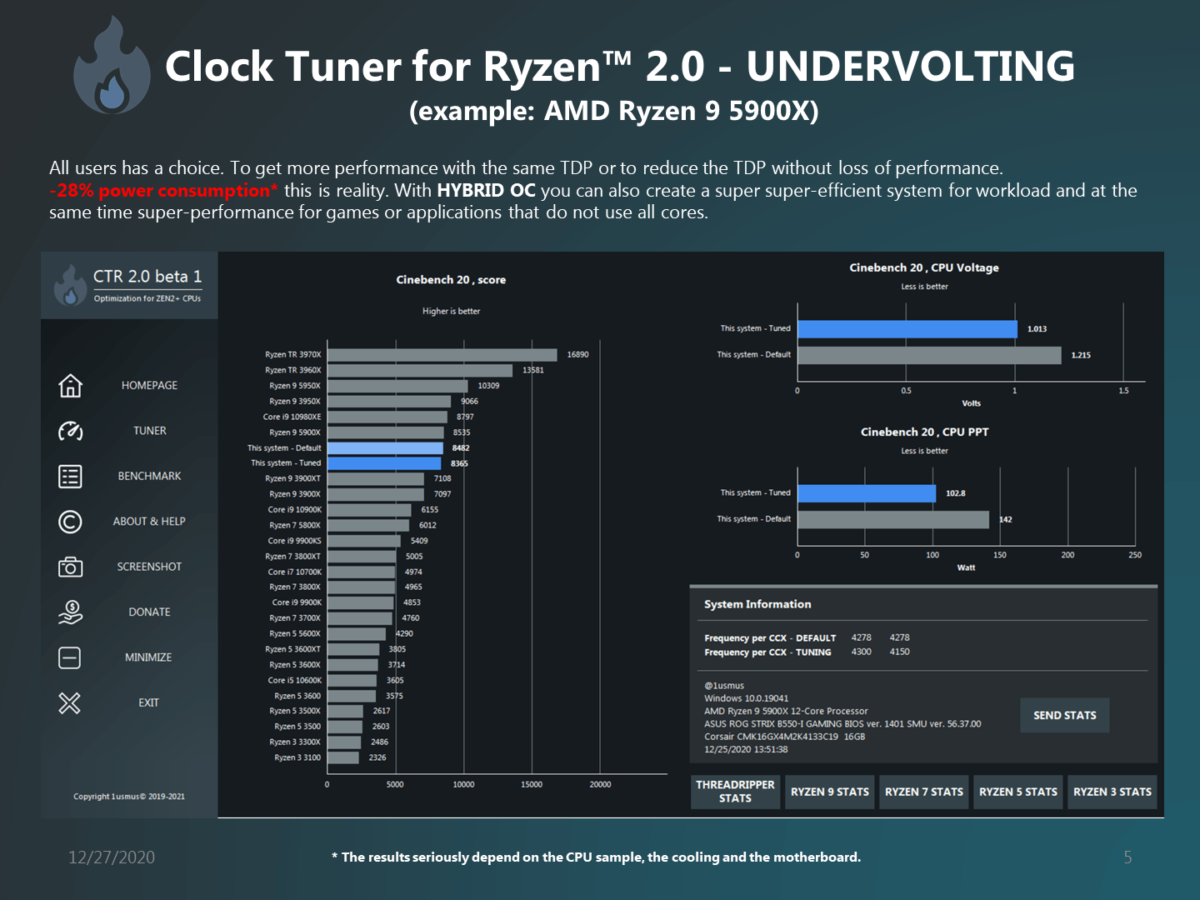 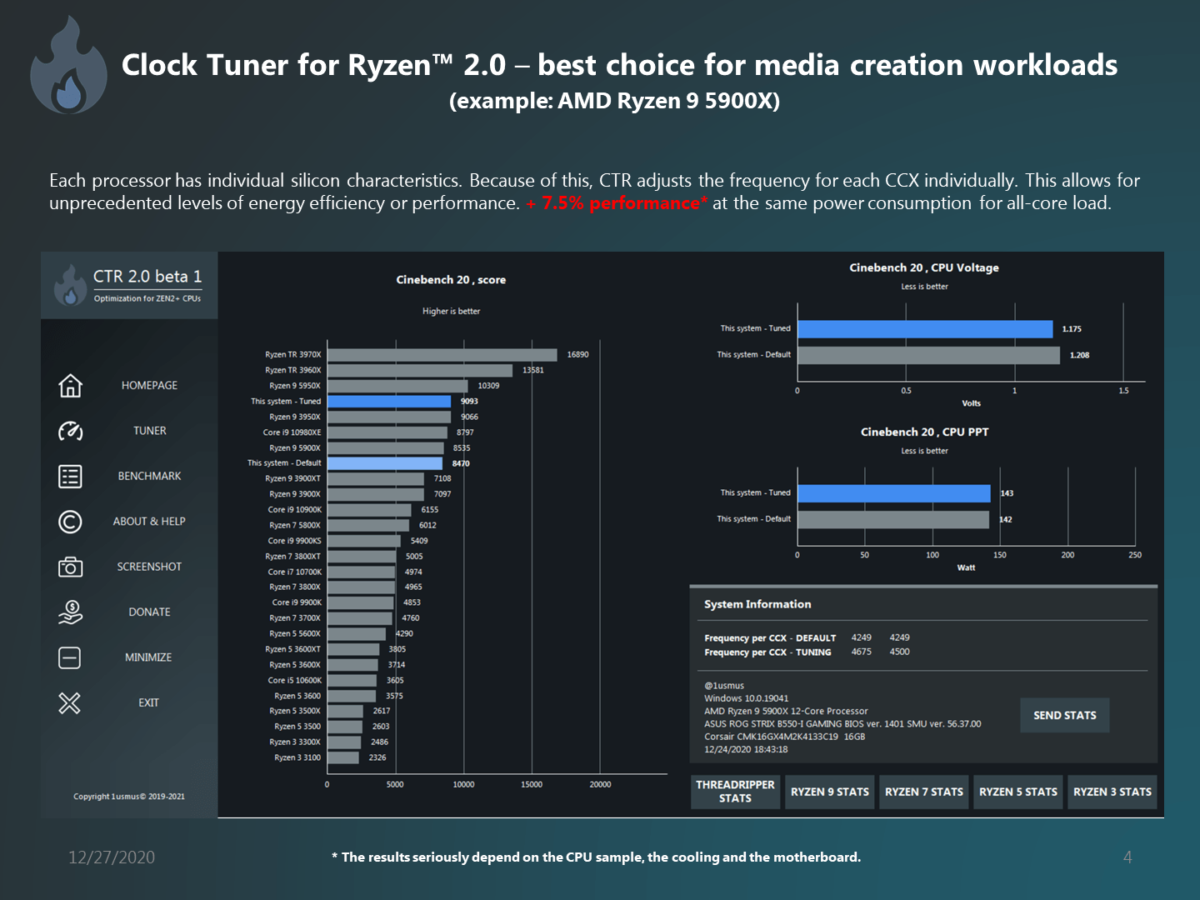 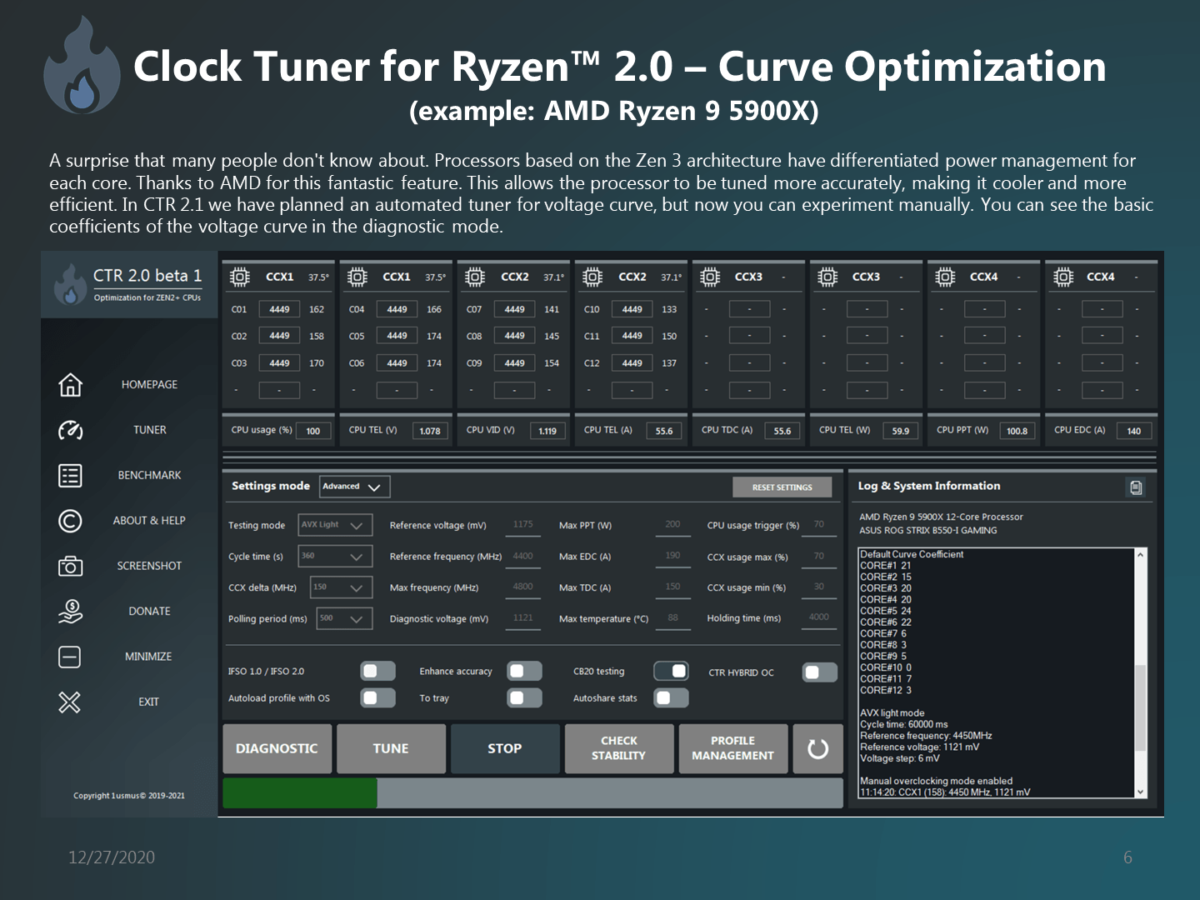 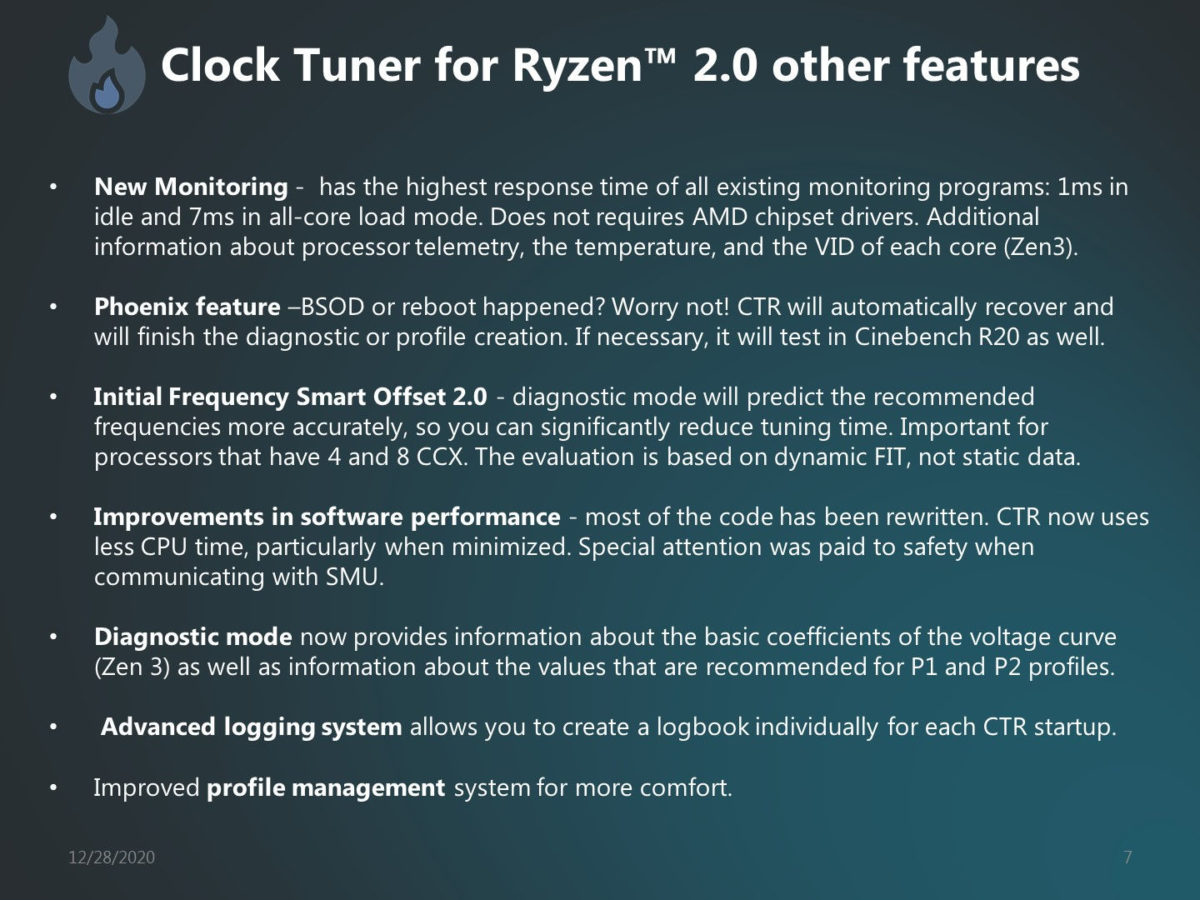 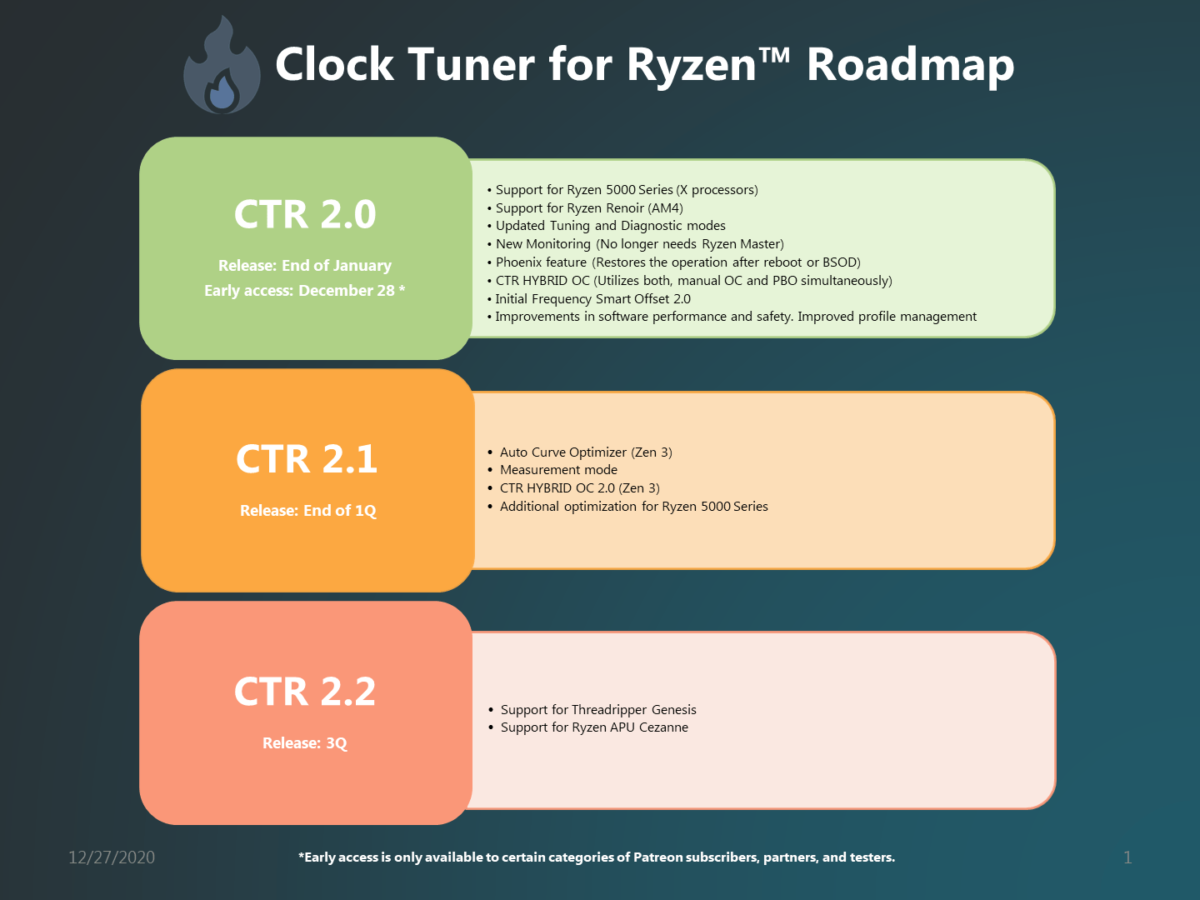