Chinese GPU manufacturers finally have something to show.

Glenfly Arise-GT10C0 is a discrete desktop graphics card designed for lightweight tasks. This specific low-profile model powered entirely through the PCIe Express interface has not been seen before and even in this state it is not entirely sure if it works. 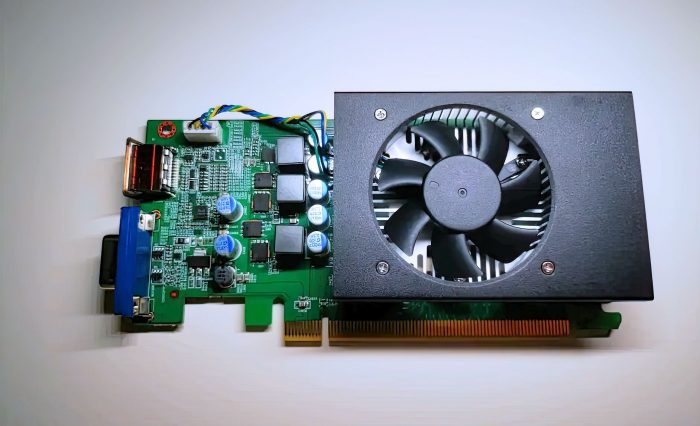 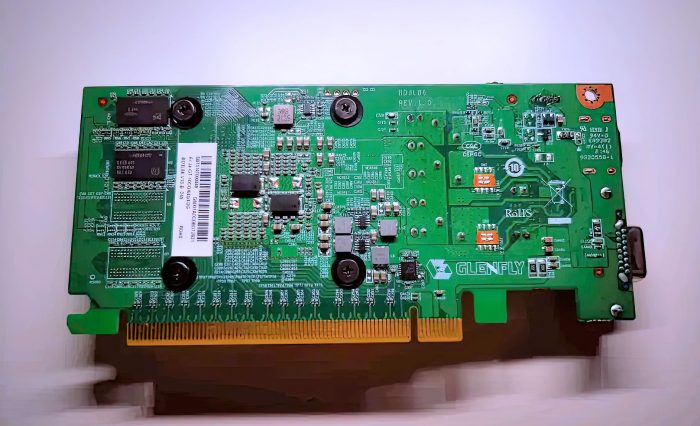 The graphics card was pictured by Bilibili content creator who claims that the device is recognized by the Windows 10 operating system as ‘Zhaoxin VGA Bios’ but this is as far as the functionality of this particular card goes.

The GlenFly Arise-GT10C0 discrete graphics card is equipped with 2 GB of memory (unknown type) and 64-bit memory bus. The board design appears to be to support more memory (two sided 512 MB modules). The GT 10C0 has 4 modules installed out of 8 available. This card is equipped with two display connectors: HDMI and the old-fashioned VGA. 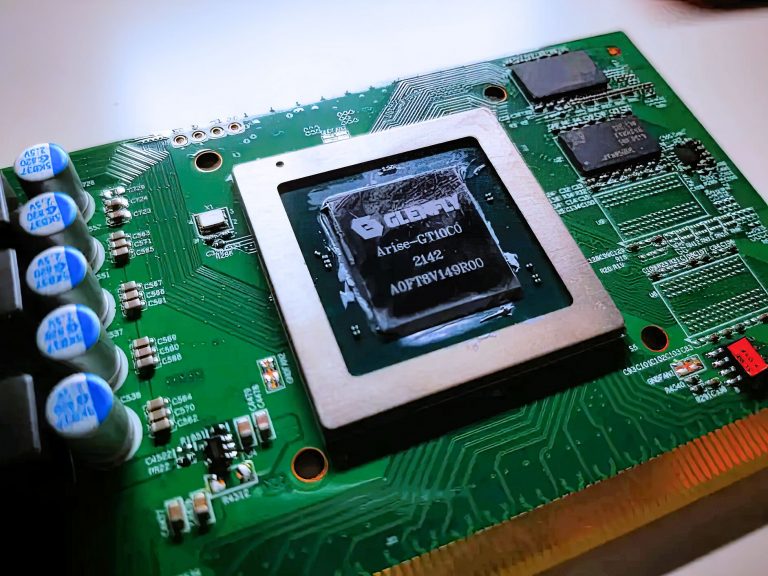 GlenFly Arise GT10C0 sample looks nearly identical to the reference Arise 1020 GPU as posted by Tom’s Hardware just recently. It is not the same card though. That particular sample scored 579 points in Geekbench OpenCL benchmark, which is simply put really bad. The slowest NVIDIA Turing model (GTX 1650) is 65 times faster. 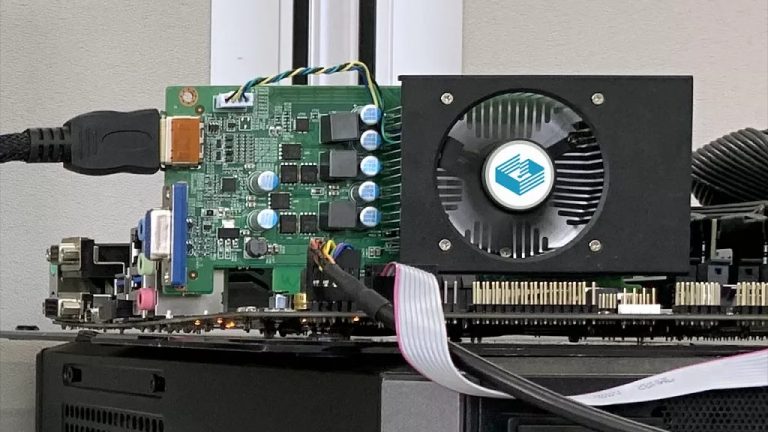 In their current state, these GPUs are not even able to surpass integrated GPU performance, so the use for Arise GPU series will be very limited if there is use for them at all.