Intel desktop Alder Lake processors are prone to bending or warping, an issue caused by a pressure applied by the latching system for LGA1700 socket. The bending problem causes the integrated heat spreader (IHS) to bend and lose the uniformity, which may lead to lower cooling efficiency by creating a gap between the cooler and the processor.

This issue has been known for a while, and it was tackled by concerned enthusiast in many ways, such as manual motherboard mods or even 3D printed anti-bending frames. In a statement to Tom’s Hardware Intel actually did acknowledge the issue but confirmed that even with the small wrap, it is still running within the specifications. Rather than provide a solution, the company threatened that any custom modification will result in the voided warranty. 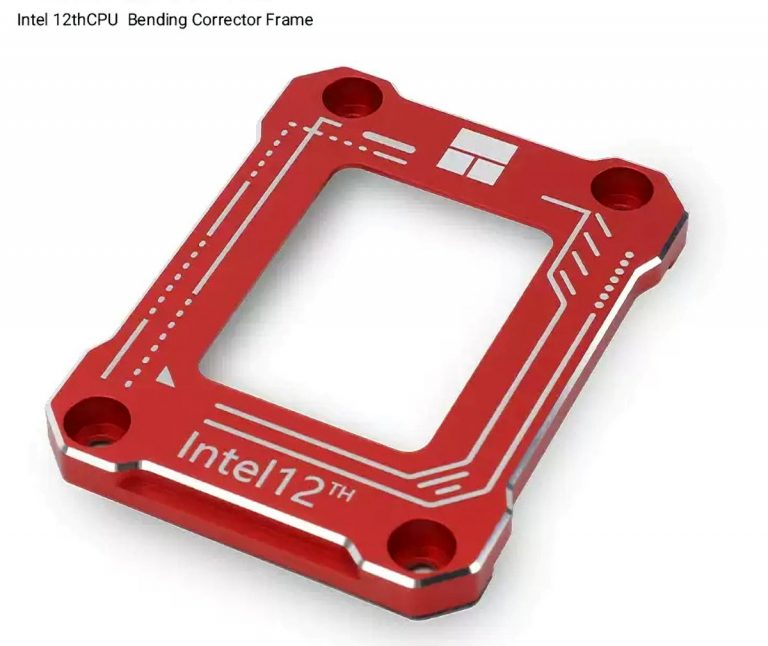 Despite Intel comments, 3rd party companies are now working a solution that would prevent bending from happening. Thermalright has just released its “Bending Corrector Frame” for Alder Lake processor. It is available in two colors, and it was designed for LGA1700 socket specifically.

The frame costs just 39 RMB which is 6 USD, so it is not very expensive. It’s compatibility with specific motherboards and other cooling solutions has not been confirmed, but the seller claims it supports H610, B660 and Z690 motherboards. It is not yet available for sale in other regions.