CD PROJEKT RED has been hacked, Cyberpunk 2077 and unreleased version of Witcher 3 source codes might leak

An unknown individual has hacked into CD Projekt servers and accessed data that might be related to released and unreleased games.

The hacker managed to access the server belonging to the CDP capital group. The computer that was compromised is a Perforce server for data sharing and versioning among a company.  CD Projekt does not confirm what was stored on this server but has already confirmed that the data will be restored. The hacker has encrypted the files and demanded to be contacted, likely to ask for a ransom. Should the company not comply, the hacker threatens to release all information, including source code to the public.

According to the message left by the hacker, the files that were accessed include source codes for Cyberpunk 2077, Witcher 3, Gwent, and the unreleased version of Witcher 3. It is also said that accounting, administrator, legal, and investor relations information might have been accessed as well.

CR PROJEKT RED already has a very tough time ever since Cyberpunk 2077 was released. The game has clearly not been optimized for last-gen consoles and has seen numerous game-breaking bugs as well as removed content that was already promised by the company. The cyberattack incident couldn’t come at a worse time.

The company has released an official statement. 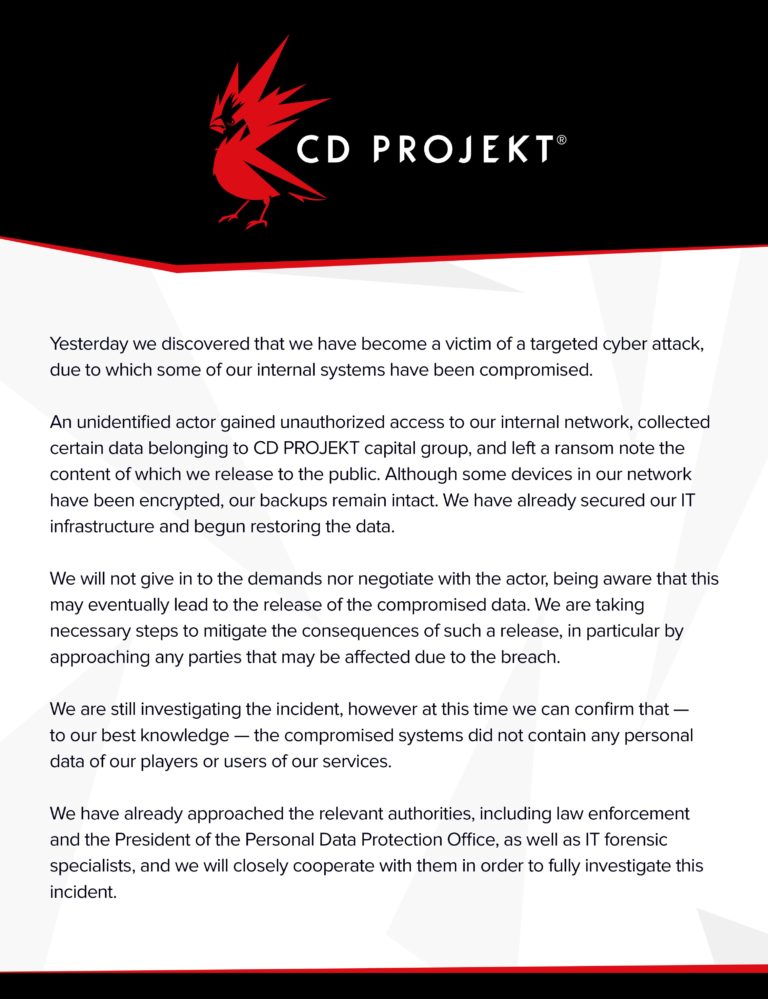