CD Projekt Red has today confirmed that their highly anticipated game will be delayed till December 10th. This is the third delay of the game that was originally planned to launch in April.

The company has already postponed the launch from April to September 17, only to reschedule the launch to November 19th. Today this date has been pushed by another 3 weeks.

According to the message posted on social media, the developer is still putting final touches to the game’s Day 0 patch. Despite passing certification and going gold, CD Projekt Red is focusing on improving the quality of the game and the time required for this task has been ‘undercalculated’.

The game is now scheduled to launch on December 10th. 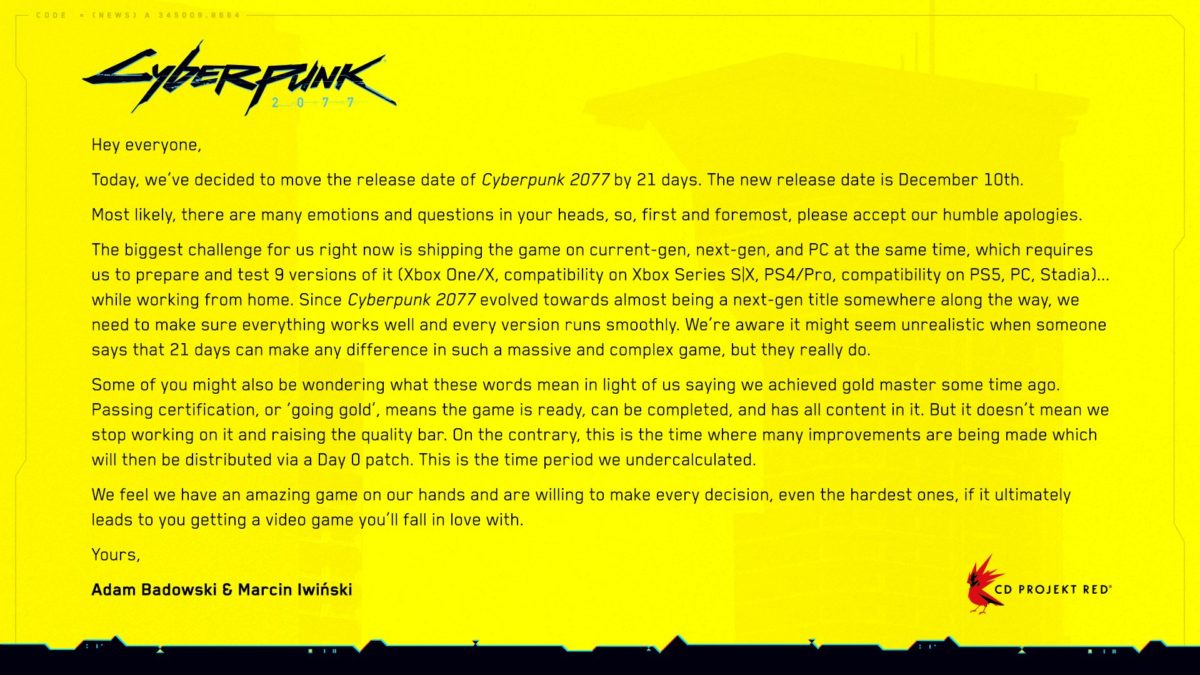 We have important news to share with you pic.twitter.com/qZUaD6IwmM