What a waste of sand

A Brazilian man ordered GeForce RTX 3090 Ti from Amazon only to receive… pots with sands. 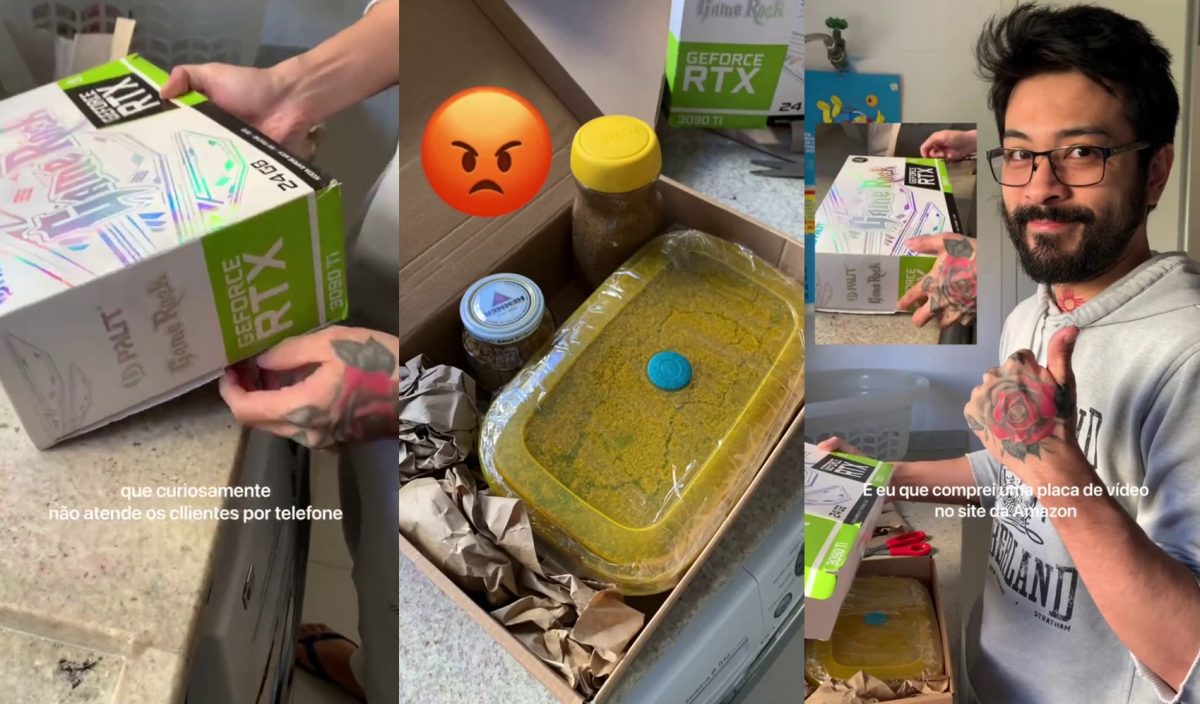 These are no urban legends. People receiving either wrong products or no product at all happen all the time. We just rarely get to see the full unboxing experience. Luckily, Mauricio Takeda posted a video featuring an unpacking of RTX 3090 Ti graphics card, which turned into… sands of time.

The weight distribution of the package was suspicious enough for him to ask his wife to record the video. As it turns out, he was right. He claims to be a calm person, but this time he was in shock. After all this was a very expensive scam.

Mauricio ordered a PALIT GeForce RTX 3090 Ti GameRock from Amazon site during Prime Days. Brazilian market is now seeing a rapid price decrease for RTX 30 cards, but this was still a good deal at the time. This card was sold for 14,500 RBL (2,637 USD). But the package, which was sealed had nothing inside but pots of sand.

Sadly, this was not the end of the story. Despite many messages the company did nothing to solve the problem. Upon calling the customer repeatedly for many days, he finally received an email which contained… a link to permanently remove the Amazon account. This order was fulfilled by Amazon themselves, mind you.

Mauricio has since then filed a lawsuit in Small Claims Court. This story has made the national headlines and only then Amazon began fixing the problem.

And since we are talking about Amazon scams, just recently Patrick Kennedy from ServeTheHome had a very similar problem. Instead of GeForce RTX 3090 graphics card his package contained RTX 3070 model instead. This order was also made during Amazon Prime Days.

Of course such situations should never happen in the first place. People often return wrong goods on purpose, be it sealed CPU or GPUs, which later reappear as new items and ship to new customers. This is where the distribution centers fail, because the items are not checked upon return.

We always encourage our readers to record unpacking of expensive orders just to have some evidence.