The short and V-shaped PCB of the NVIDIA GeForce RTX 3090 Founders Edition board has its pros and cons. It is indeed small and improves airflow by allowing a secondary fan to push the air from the opposite direction. However, such a nonstandard design will not fit any water block unless it was specifically designed for this very card.

Bitspower has now released its second Mobius water block for RTX 30 Founders Edition cards. The manufacturer has already released a water block for RTX 3080 FE as well as Radeon RX 6800/6900 series. The Bitspower Mobius RTX 3090 will only fit the PG136 board, which is not the same as PG133 also used by RTX 3080 FE. It will neither fit PG132 which is used by most GA102-based semi-reference cards released by NVIDIA board partners. 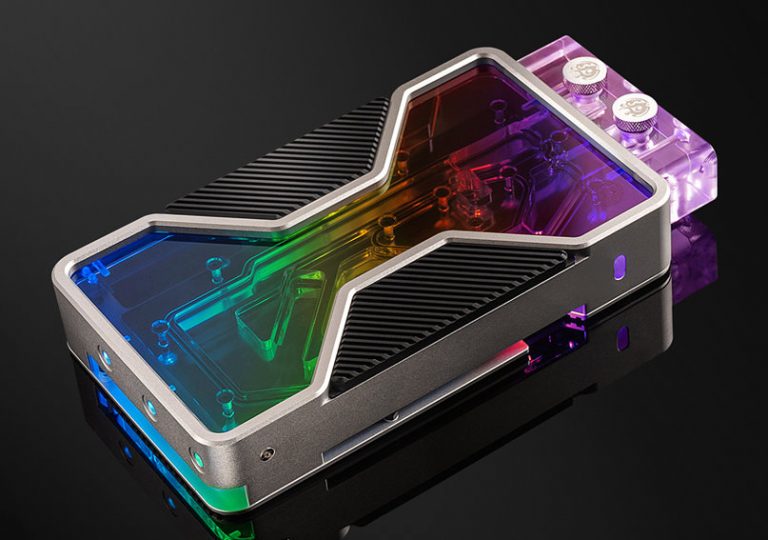 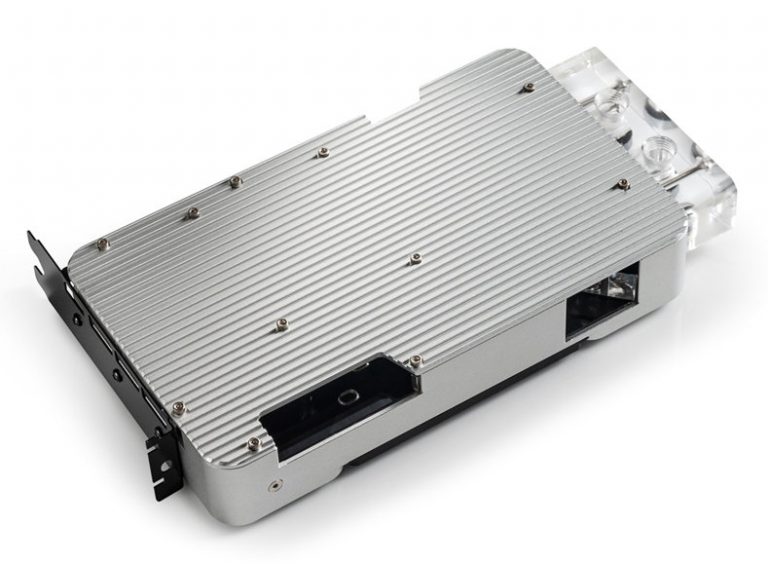 This water block is a bit thicker and wider than RTX 3080 design, but so is the PG136 board. To accommodate the new width, the whole cooler also got wider (24.2 x 12.4 x 3.9 cm), which is 2cm longer and 3 centimeters wider than RTX 3080 FE Mobius cooler. The block did keep the dual-slot design though, which is an upgrade over the NVIDIA reference cooler for RTX3090FE which is triple-slot.

The cooler has RGB support lighting from all major motherboard manufacturers, which should ease the process of synchronization. Bitspower Mobius VGA for RTX 3090FE is now listed at 11,850 TWD (425 USD) which is nearly 100 USD more than Mobius for RTX 3080 FE. 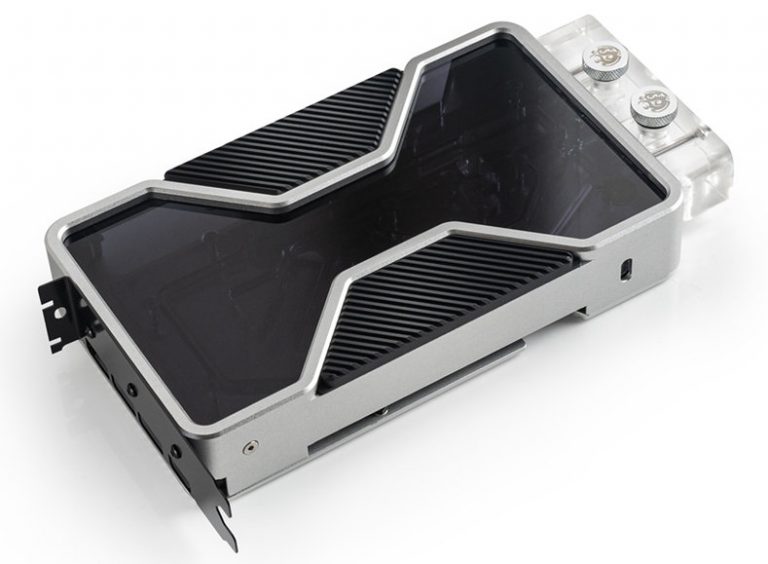 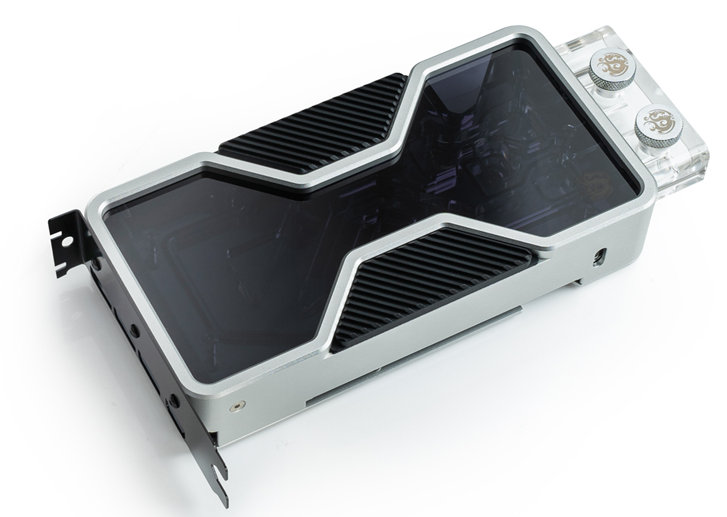 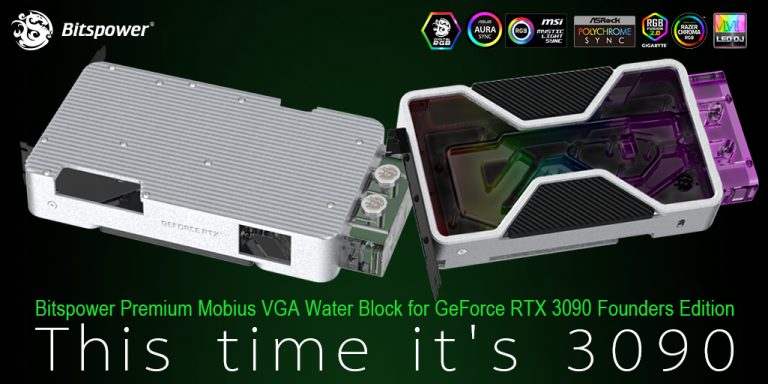 Covering the full length of the card, the water block is layered with a nickel and chromium plated copper base plate that is meticulously carved to allocate the most contact over the GPU and VRM area. Moreover, the water block is covered by an acrylic top layer equipped with a Bitspower Digital RGB LED strip that is sure to make your system look amazing.