The device is officially coming soon, just in time when Ethereum hits its record high value. The Antminer E9 is an ASIC offering as much as 3 Gigahashes/s. This is equivalent to thirty-two GeForce RTX 3080 graphics cards combined and working in a single cluster. 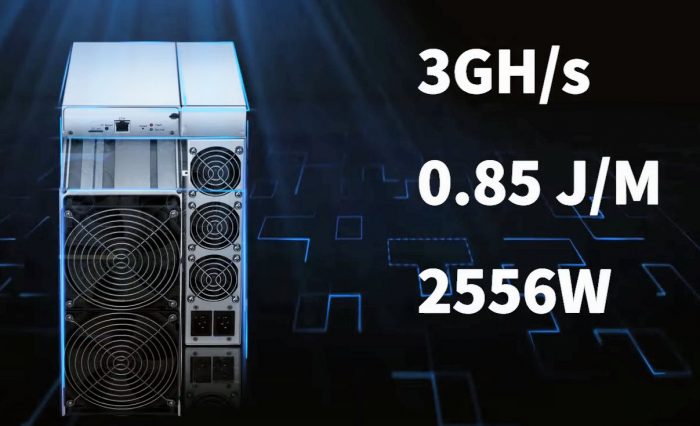 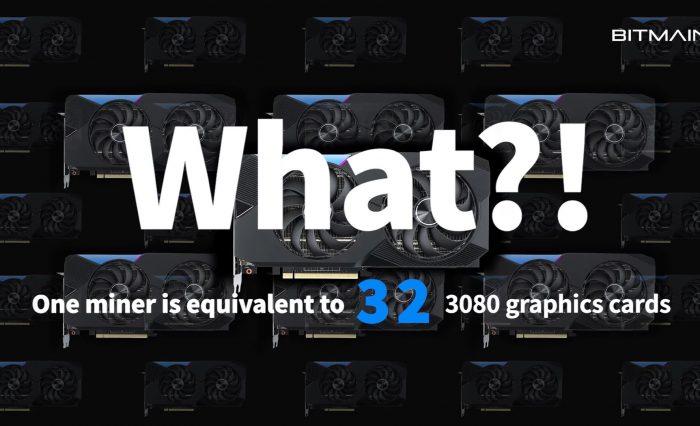 In comparison to already existing solutions, an ASIC machine called Linzhi Phoenix Miner can only offer 2.6 Gh/s. It costs as much as 13,300 to 13,700 USD, which means that the Antminer E9 will easily cost at least that much. The S9 ASIC, however, will also be more power-efficient than any existing solution. Compared to 32 RTX 3080 graphics cards, which would consume around 7,500 watts, the S9 is only requiring 2,556 watts, according to the promotional video. The power efficiency of 0.85 J/M will be even better than the Pheonix miner which requires 3,000 W while offering a lower hashrate.

The Antminer E9 is not expected to disturb the situation in the global GPU market. It would require a great supply to meet the global demand for ETH-capable devices and that’s something ASICs are always late and unable to do.

We regularly receive photos from mining farms from frustrated gamers who simply want a new GPU for entertainment. In many cases that is simply not possible right now. Mostly because new GPUs are either expensive or not available at all. The situation is still so bad, that Chinese miners are still buying all stock of new gaming laptops, just to use their discrete GPUs for mining. Here’s a photo of the just-released Lenovo 5 Pro in a mining farm: 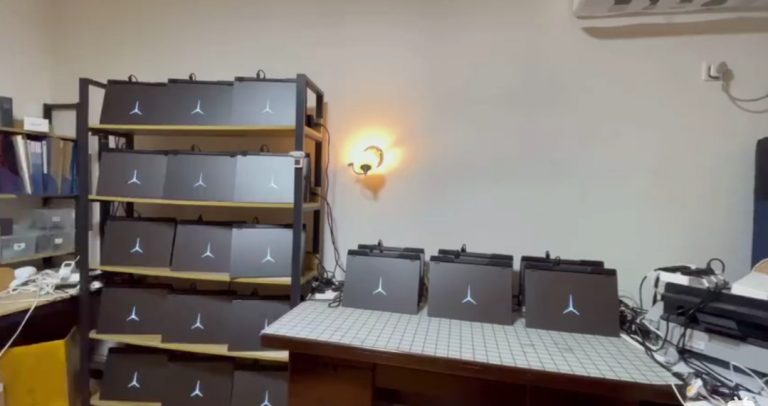