In a surprising leak for the late Friday, Biostar leaked AMD’s upcoming Renoir APU series codenamed Renoir AM4. The series feature Ryzen 4000G and GE processors, which are 65W and 35W respectively.

This is a further confirmation of our Ryzen 7 4700G leak where we posted the picture of the processor.

Most AMD B550 motherboards released this week will support AMD Renoir APUs. In fact, some brands have already confirmed this either in the B550 marketing materials or on the website. Biostar is one of the manufacturers that leaked the series through the CPU support list.

The list from Biostar features G, GE and PRO series. Some SKUs feature PRO variants but the list is missing non-PRO (so consumer) parts. AMD Ryzen Renoir AM4 CPUs are expected to be announced very soon. AMD B550 motherboards will launch mid-June, Renoir launch could align with this date. 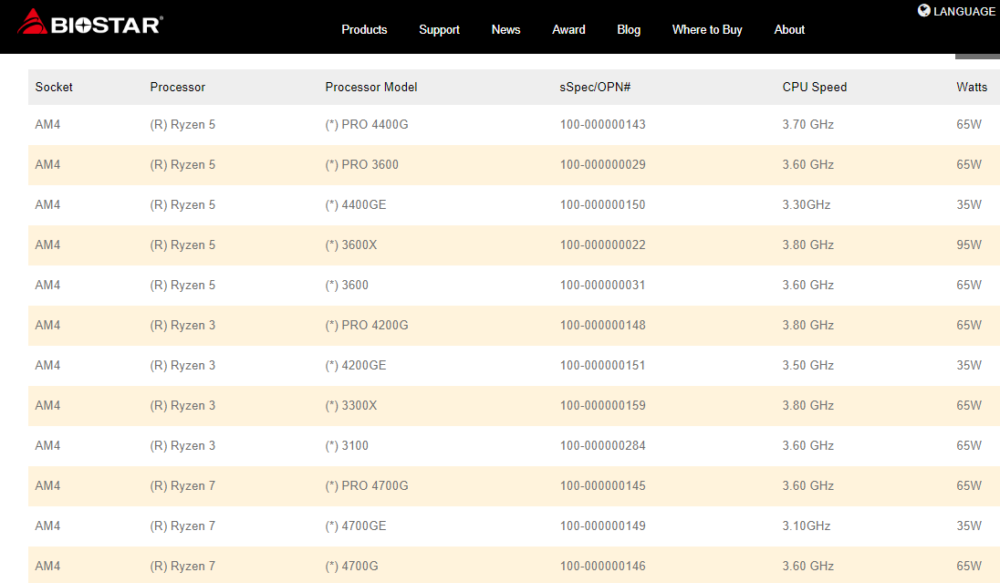