It may be either be an error or a very special reference card from Biostar.

Upon checking on just announced Radeon RX 6700 XT graphics cards from all board partners, we discovered that Biostar has a special model listed on its website. The graphics card with the glorious name “VA67T6TEL9 Ver. RX6700XT M” is a reference Radeon RX 6700 XT design. The packaging does say Extreme, although it does not appear to be part of the product name.

This graphics card wouldn’t be worth a news post if not for its specifications. This model is factory-overclocked an unbelievable 1.3% (boost clock). Of course, such a tiny clock bump is not going to visibly improve performance, but it is still interesting to see that this was possible in the first place.

AMD Radeon RX 6700 XT is a new Navi 22 based graphics card, expected to compete in 1440p gaming against GeForce RTX 3060 TI. This model is equipped with 2560 Stream Processors and 12GB of GDDR6 memory. It is now scheduled to launch on March 18th for an asking price of 479 USD. 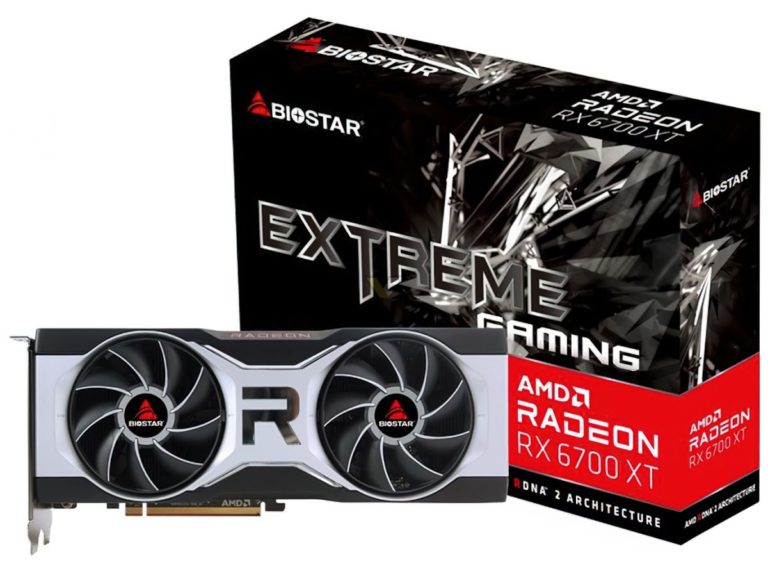