The website citing their own sources claims that as soon as this week NVIDIA will be officially lowering the prices of their RTX 30 high-end models. The price cut seemingly only affects premium cards (RTX 3080+) with no mention of cheaper cards being affected. 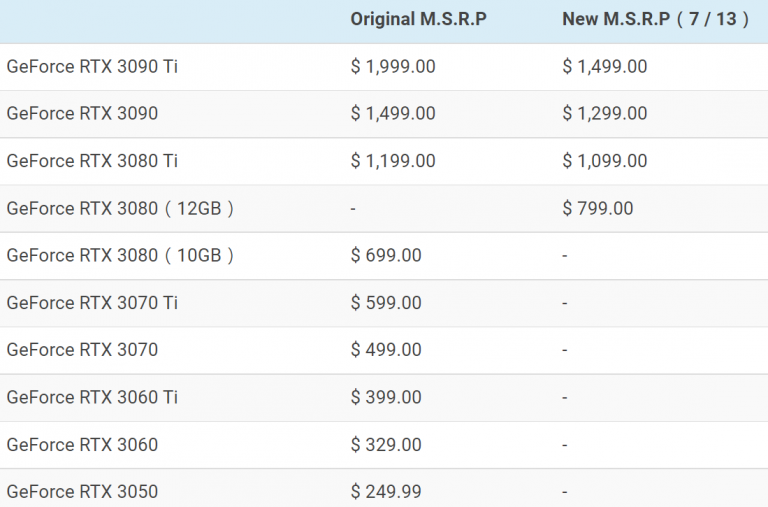 A quick check verifies that new MSRPs can already be seen in some places, such as Newegg, BestBuy or even official EVGA store all have reduced the price for their cards, but not all of them. Newegg has already enforced new prices for RTX 3090 Ti, RTX 3090 and RTX 3080 Ti, however RTX 3080 price is not lowered yet.

EVGA direct US store has new prices for all mentioned cards. Interestingly, the RTX 3080 12GB at 799 USD is now sold for less than 10GB model through the same store, which costs at least 860 USD. 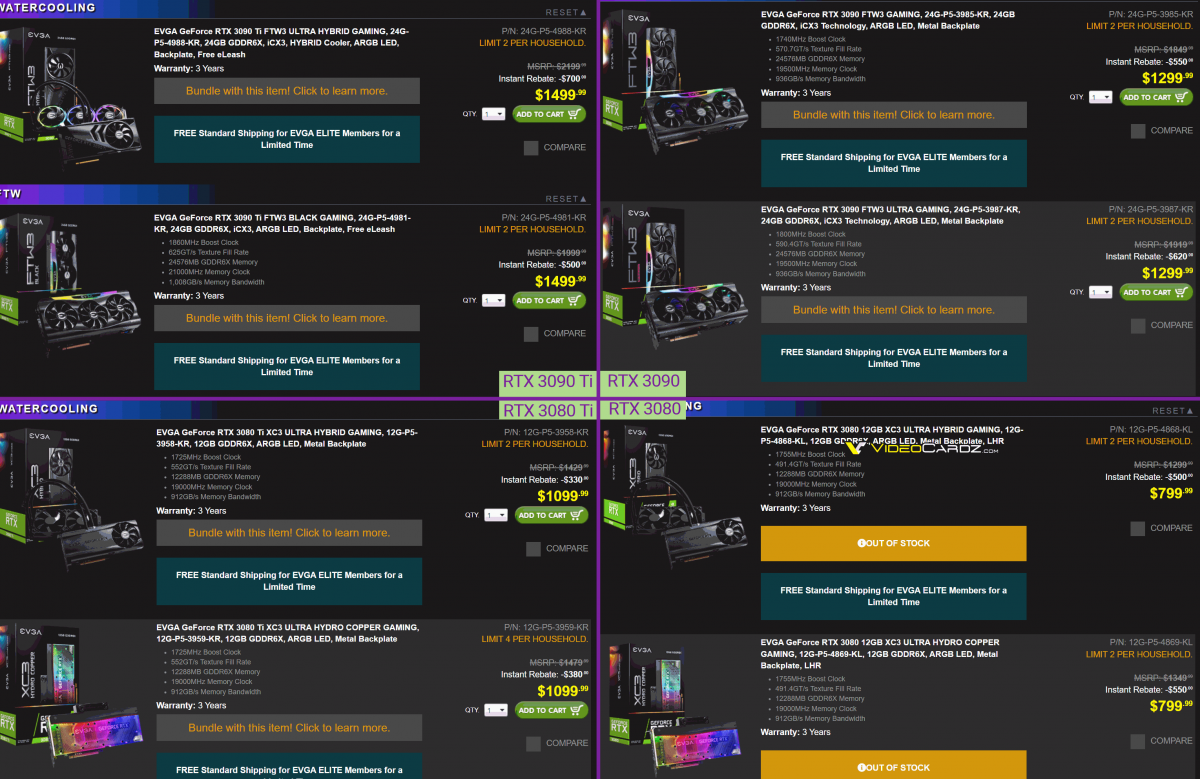 At BestBuy, official seller of NVIDIA Founders Edition cards in the US, only RTX 3090 Ti has a new price of 1599 USD, which is actually higher than supposed new MSRP. This is thus far the only model that is affected. 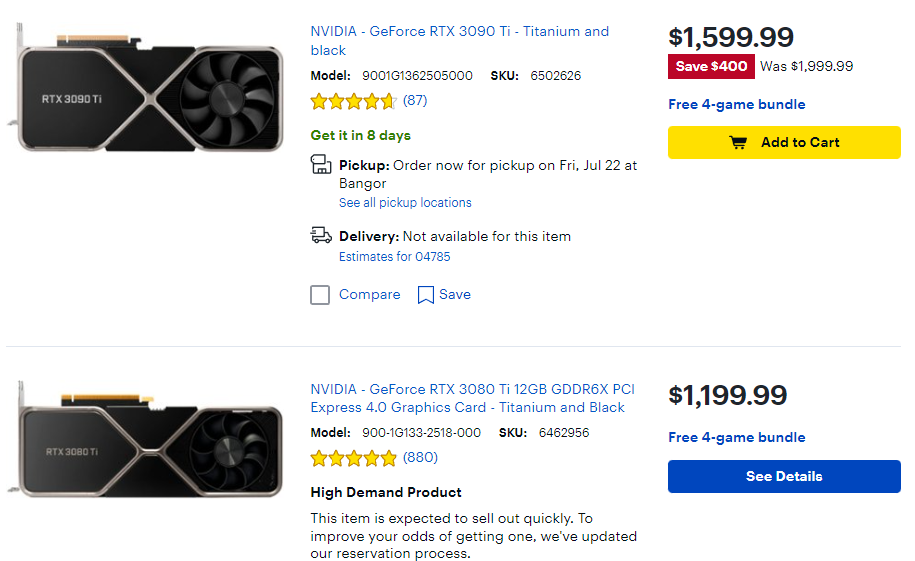 Benchlife notes that the new prices should take effect this week, but the source has not mentioned the exact date these will be announced. Also, we can’t speak about official price cut unless NVIDIA lowers the price on their own website, which is not the case yet. For now, this should be considered a retailer and AIC discount, which is yet to be seen in other regions as well.

As noted, NVIDIA fiscal financial results for the quarter will be settled by the end of this month, which might be the reason why the company is pushing cheaper inventory to retailers and AIC/board partners. This might be the last chance to sell the majority of these cards before NVIDIA introduces RTX 40 series around September/October this year.