Here’s what you need to run Battlefield 2042 open beta

EA/Dice’s latest installment in the Battlefield series will require a quad-core CPU at a minimum and NVIDIA Pascal/AMD Polaris series GPU. 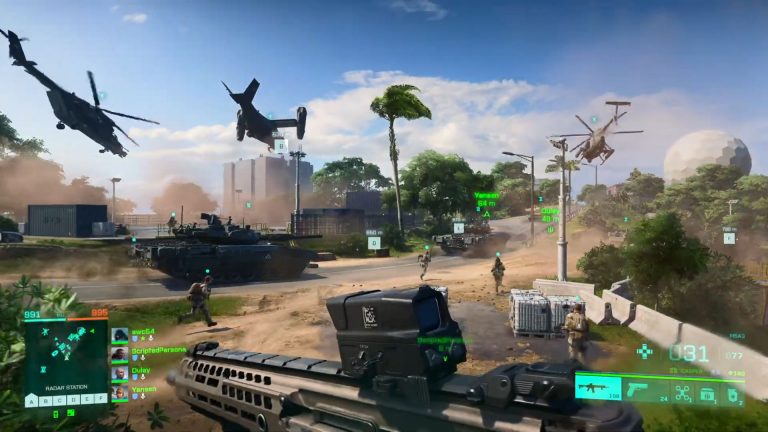 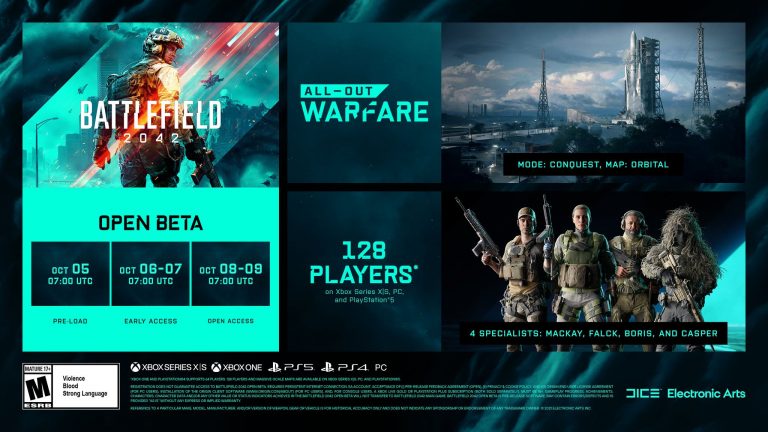 The game developer revealed the minimum and recommended specs for its upcoming title. The game will only run on 64-bit Windows 10. Although the beta launches nearly on the same day as Windows 11, the latest operating system is not mentioned in the recommended requirements. It appears that minimum specs will require at least Ryzen 5 3600 or Core i5-6600K CPU. In terms of graphics, NVIDIA “Pascal” GeForce GTX 1050 Ti or alternatively AMD “Polaris” Radeon RX 560 are needed, both considered entry-level 1080p gaming cards.

Recommended specs list at least an 8-core AMD Ryzen 2700X or Core i5-4790 (which by the way is older than 6600K). DICE recommends GeForce RTX 3060 with 12GB GDDR6 memory or Radeon RX 6600 XT with 8GB memory. Unfortunately, DICE did not reveal what game settings minimum and recommend specs are aiming at. 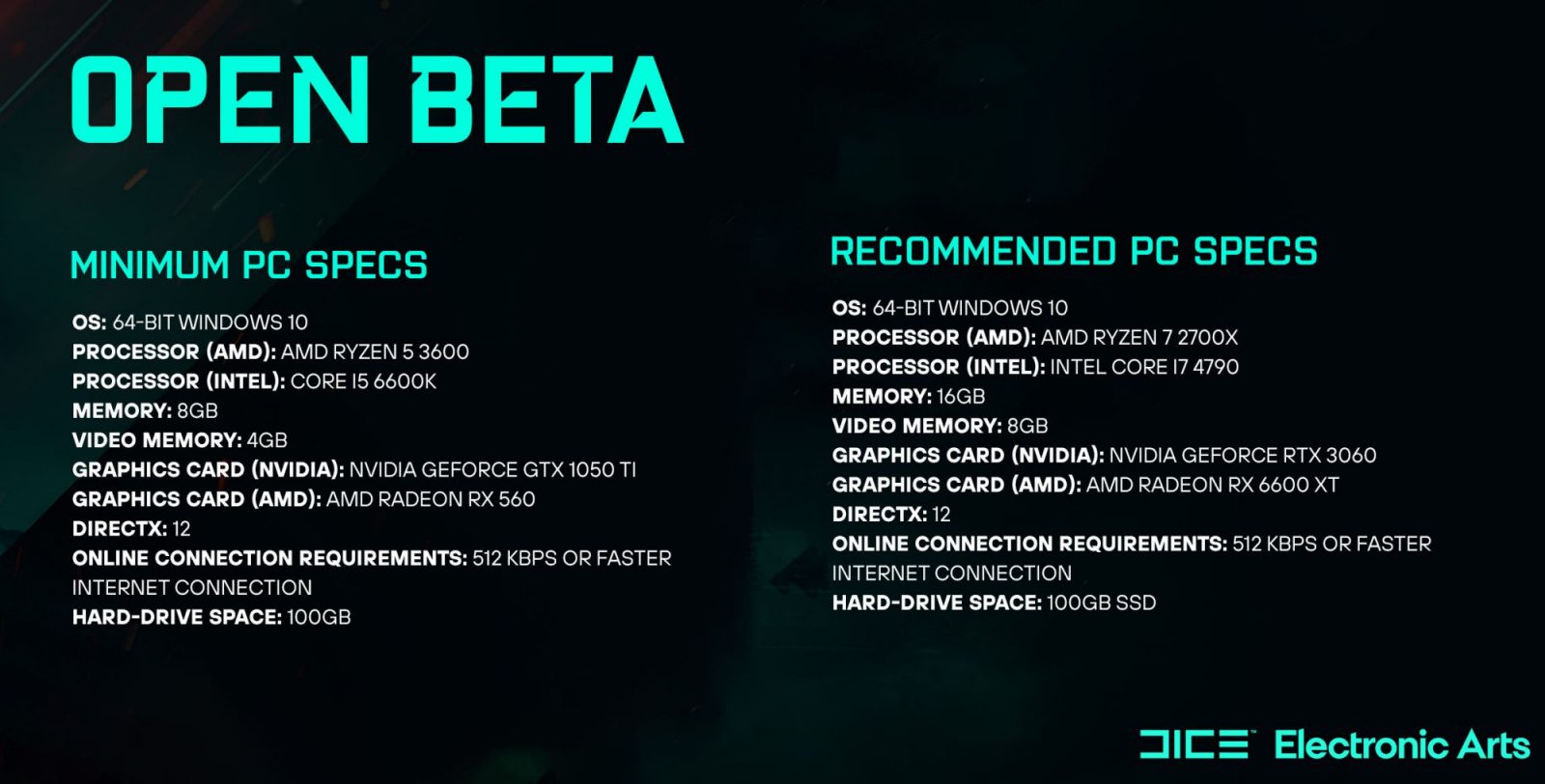 The game officially launches on PC, Xbox One, Xbox Series X/S, PS4, and PS5 on November 19. The PS4 and Xbox One versions will not support 128-player games.