It appears that Inno3D had unveiled a new game bundle for GeForce RTX 3090-3070 GPUs. 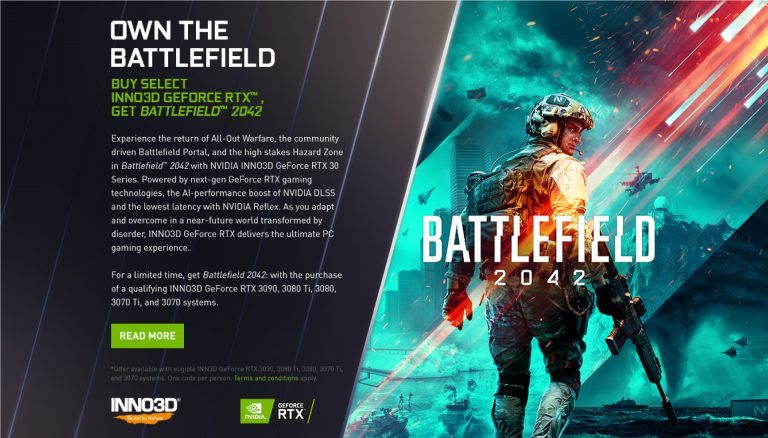 NVIDIA will be offering a standard edition of Battlefield 2042 along with access to the upcoming Open Beta (no date was given yet). The bundle also features some in-game content such as Mr. Chompy (dino) weapon charm, Baku ACB-90 tactical knife, and special player cards and in-game tag for online profiles. 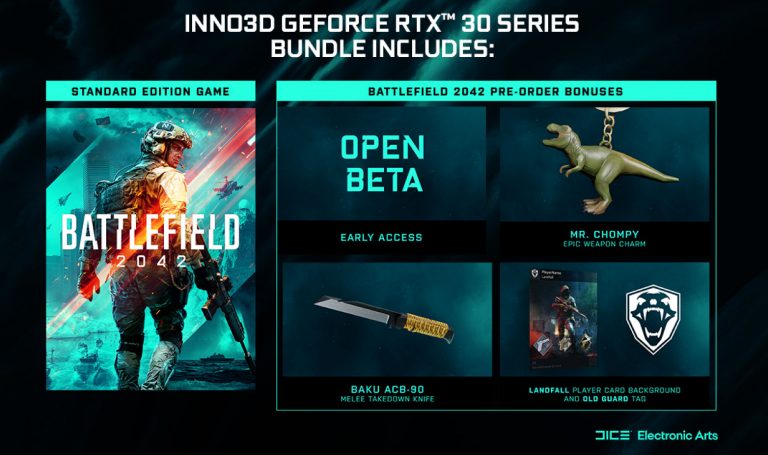 The game is confirmed to support NVIDIA Reflex as well as NVIDIA DLSS technologies at launch. Battlefield 2042 will be available on October 22 and will launch on Xbox One, Xbox Series X|S, PlayStation 4, and PlayStation 5 consoles, along with PC on Steam, Origin, and the Epic Games store.