AYANEO consoles are coming, but they are not cheap

AYANEO took the market by surprise by releasing the first Ryzen-based consoles before ‘it was cool’ and the idea was later picked up by other vendors. Now, with the market full of with AYN, OneXplayer, GPD and Steam’s Deck consoles, one might find a broad range of different consoles at different price points. What most of them have in common is AMD Ryzen APU.

The company is now confirming their latest models called AYANEO 2 and AYANEO GEEK powered by Ryzen 7 6800U 8-core Zen3+/RDNA2 processor will launch in December. The retail pricing is not low, unfortunately, and starts at 949 USD for Geek and 1099 USD for AYANEO2. In their typical fashion, the company also shares ‘early bird’ prices for their crowdfunding campaigns, but these are limited in number.

For those who would rather see a review of the console before committing nearly a thousand dollars, official retail pricing is more likely to apply. The Geek console, which is considered more cost effective, but still powered by the same Ryzen 7 6800U APU, two models are to be offered, either the Fantasy Black with 800p screen or Crystal Purple with 1200p screen. The latter comes with higher storage and memory options. 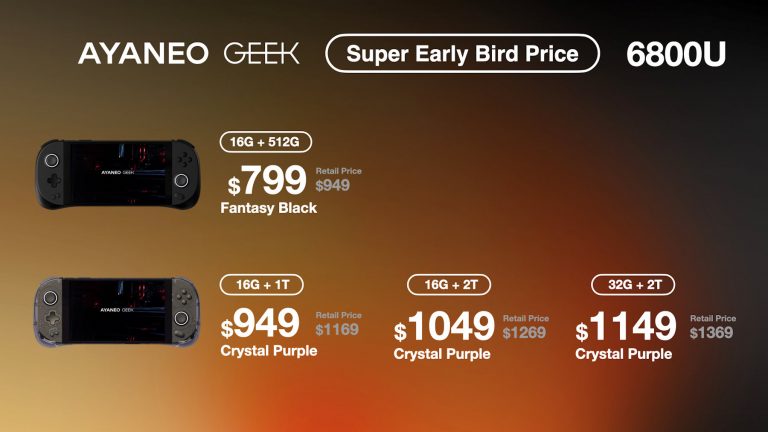 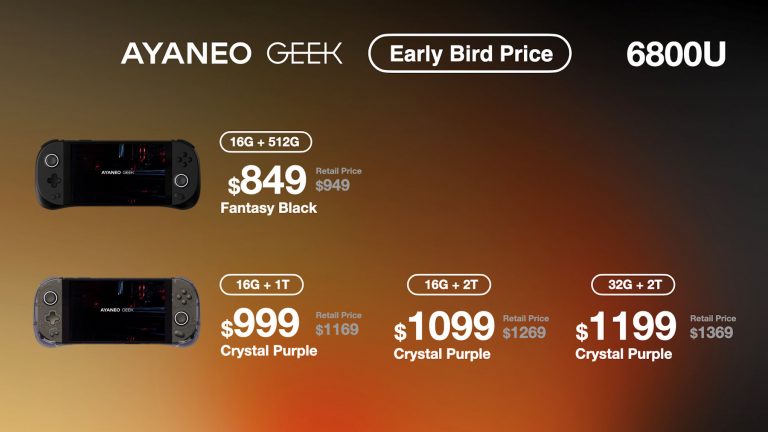 The prices of AYANEO2 which is a more premium device according to company’s marketing, will be available in as many as four model, each featuring a different color and slightly different spec options. 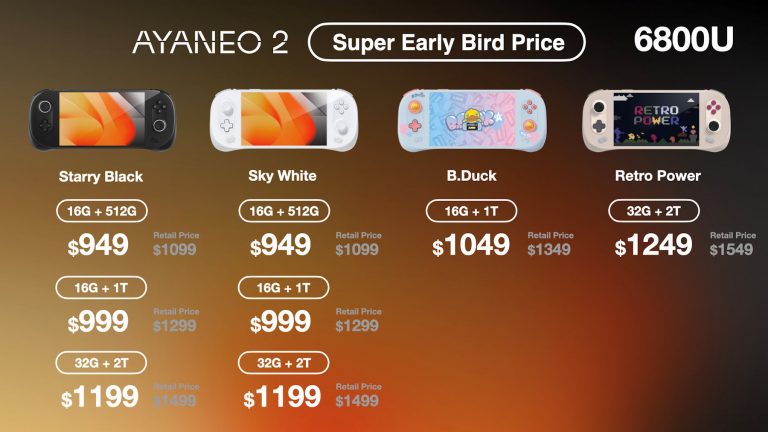 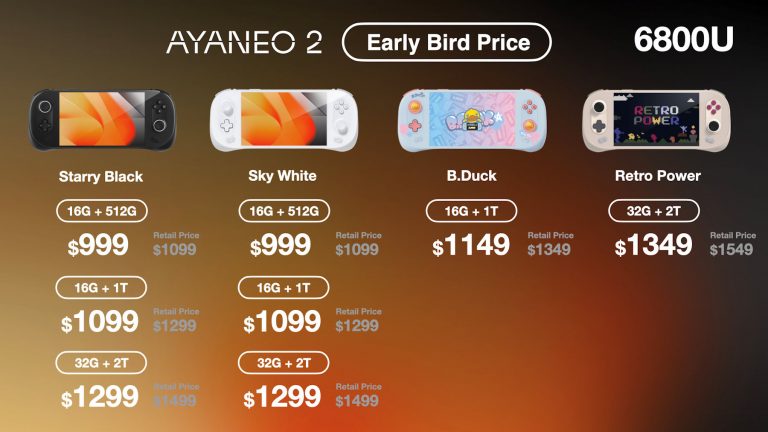 In case you are wondering about the differences between both consoles, AYANEO provided an easy-to-read chart demonstrating the differences. Those concerned about the product and battery sizes, both product lines are the same size and offer the same battery capacity. 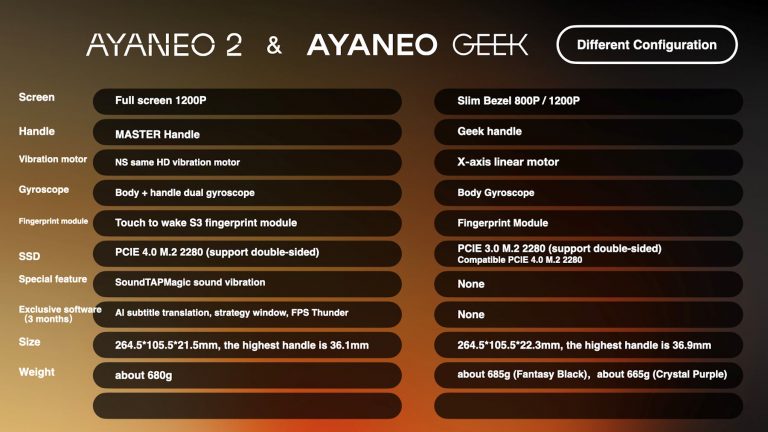 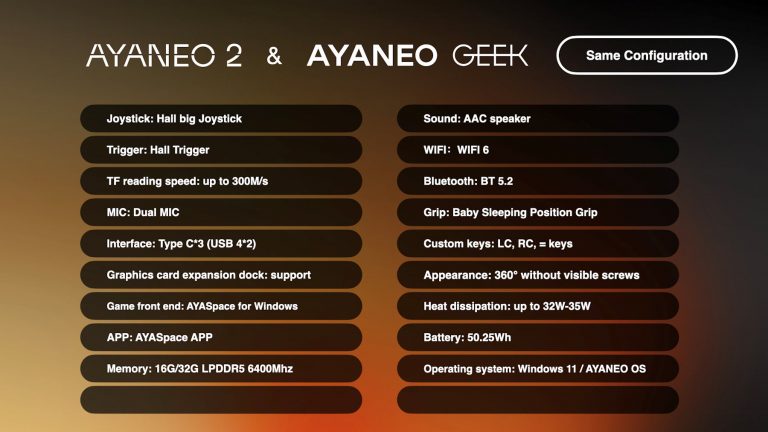 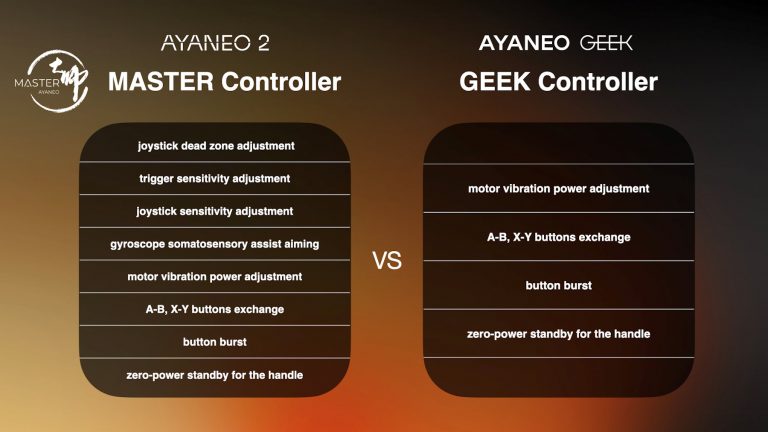