At Chinajoy 2021, a Chinese company known as Aya Neo announced a new updated model of its popular AMD-based handheld console. 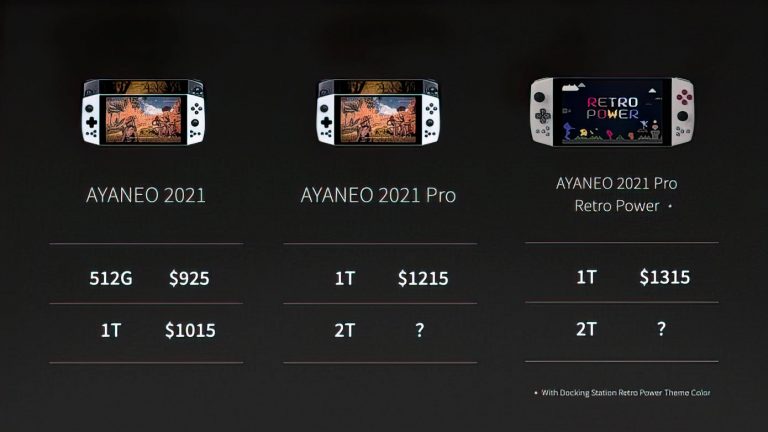 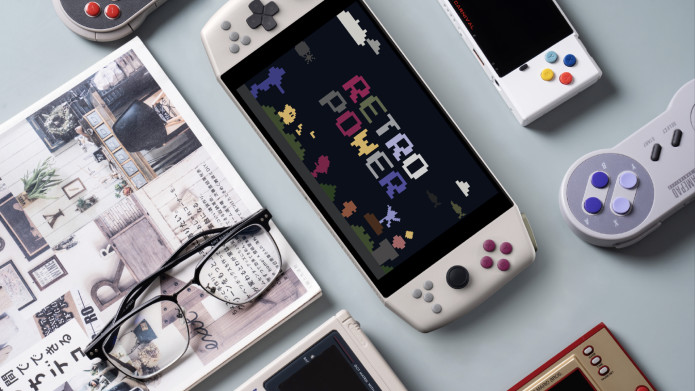 Aya actually announced two models: Aya Neo 2021 Pro and Aya Neo 2021 Pro Retro Power. The latter is targeted at nostalgic gamers who spend most of their time in emulators. This bundle comes with a special docking station and special accessories all parts are kept in the same colors borrowed from NES.

Today Aya Neo announced the pricing of its 2021 Pro model. According to the tweet, the Aya Neo 2021 Pro will cost 1215 USD for a 1TB model. It is important to note is that there will be no 512GB Pro model, but instead, AYa will also offer a 2TB version. What this means is that the Pro model will cost 200 USD more than the non-Pro. 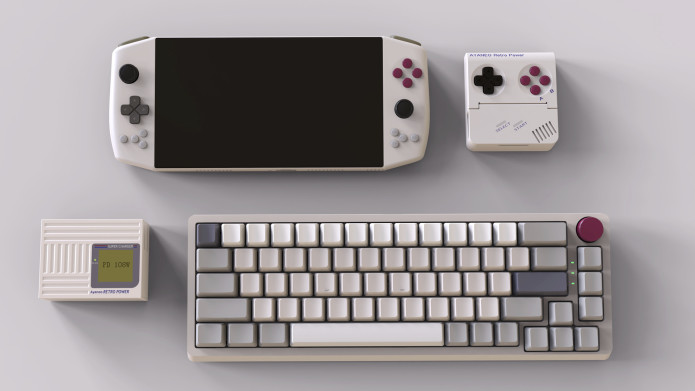 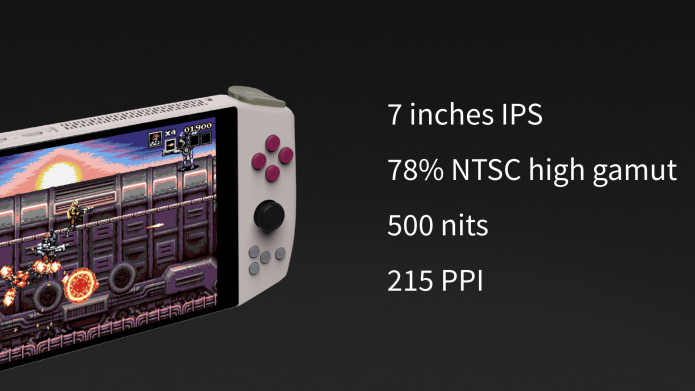 The Pro version will feature all the changes that were introduced with an updated 2021 non-Pro model, such as analog triggers, updated wireless card and better cooling.

The special Retro Power edition comes with a portable dock, but users can also purchase a GaN Power Delivery 108W charger and mechanical keyboard all kept in the same color theme. This model will cost 100 USD more (1315 USD) than the base ‘Pro’. The pricing of the 2TB model has not yet been announced.