GeForce RTX 3090 Ti A3W is a new semi-custom design from a new brand called AXGaming, which is part of the Innovision Multimedia (Inno3D) group. This brand appears to be using white shrouds for the most of their RTX 30 models, with 3090 Ti now featuring a camouflage. 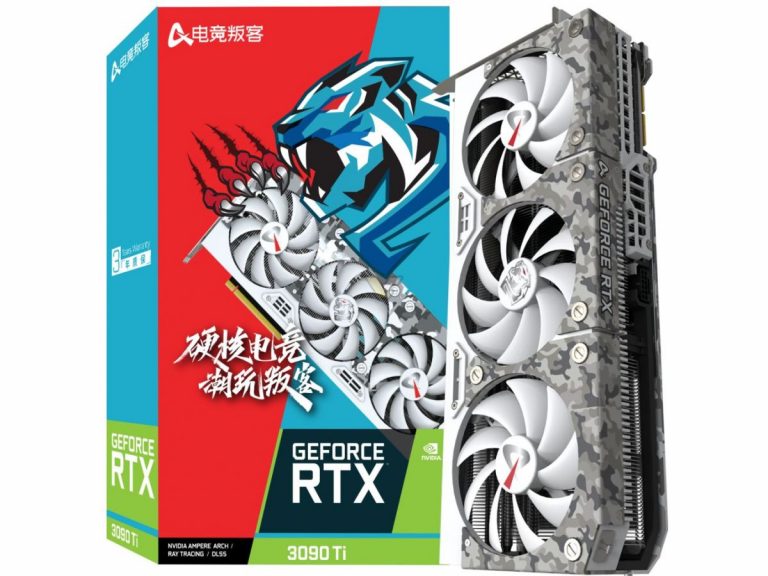 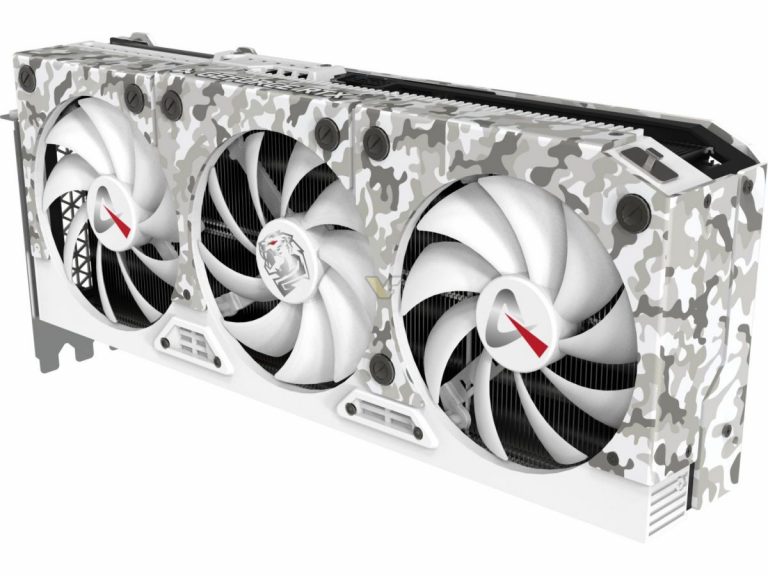 The RTX 3090 Ti from AXGaming features triple 10 cm fan design. We usually see a setup of 8 or 9 cm fans or a combination of 2×10+1×8 cm, but three 10 cm fans are slowly becoming a norm for the ultra-high-end market, where the airflow and heat dissipation increases exponentially.

In terms of clocks, it is factory-overclocked to 1890 MHz, which is an increase of 30 MHz over NVIDIA specs. The 24 GB of GDDR6X memory is clocked at default 21 Gbps speed, furthermore, the TDP has been left unchanged at 450W. The card is powered through a single 16-pin power connector.

The A3X model is a triple-slot design where the PCB barely reaches half of the card. This is because this model features NVIDIA reference V-Shaped PCB (board number PG136). 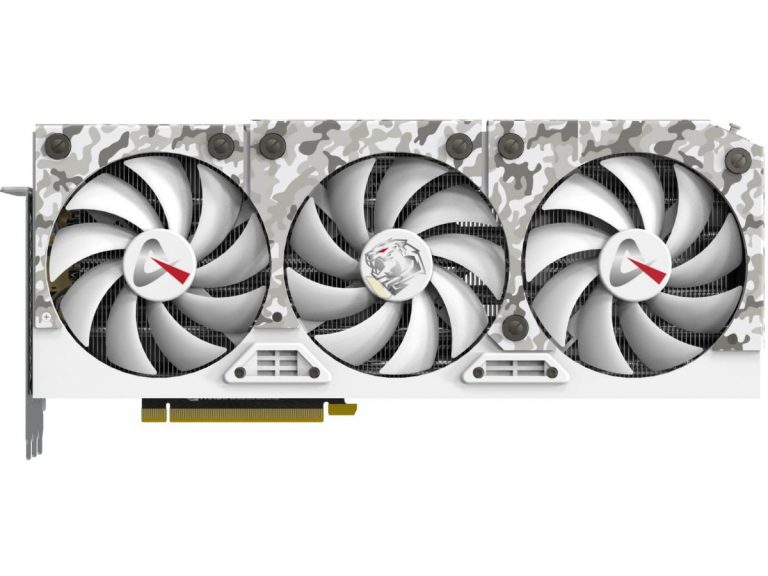 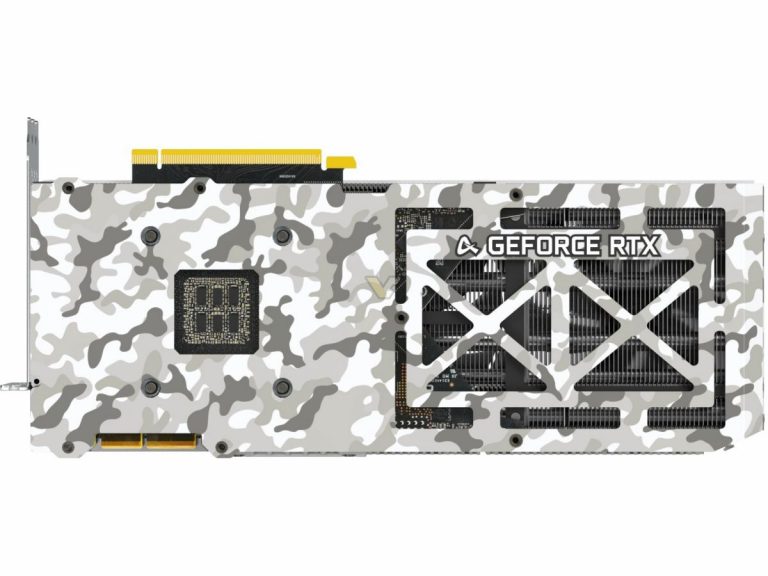 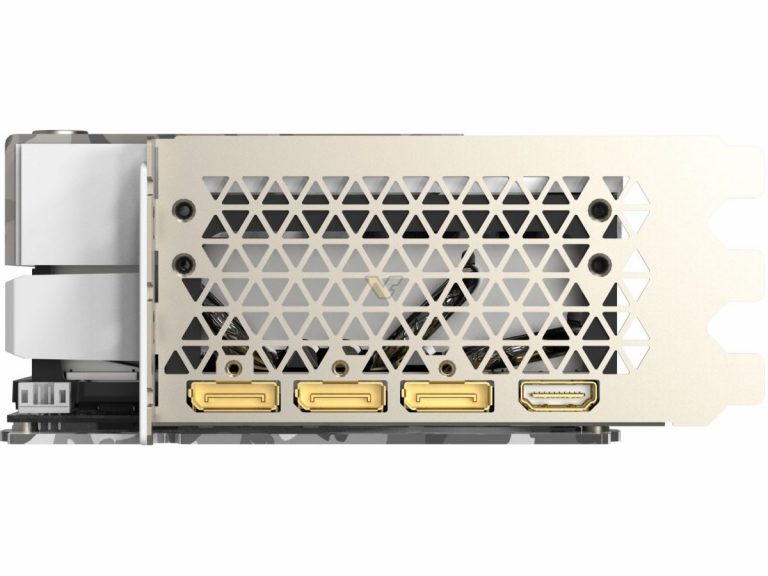 This also gives us an opportunity to compare the highly customized GA102 cooler to the leaked NVIDIA reference design for AD102 (Ada) GPU. The alleged vapor chamber over the memory on RTX 4090 looks almost exactly the same as AXGaming design. However, the idea behind the heatspreader and dual-axial fan design is completely different. Technically speaking, though, this cooler could already be ready for next-gen GPUs. 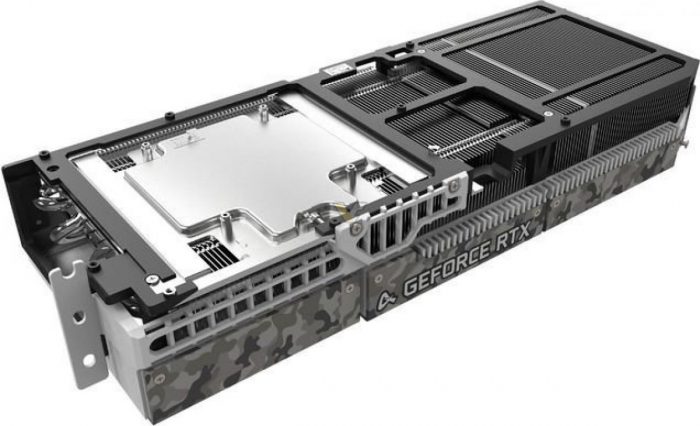 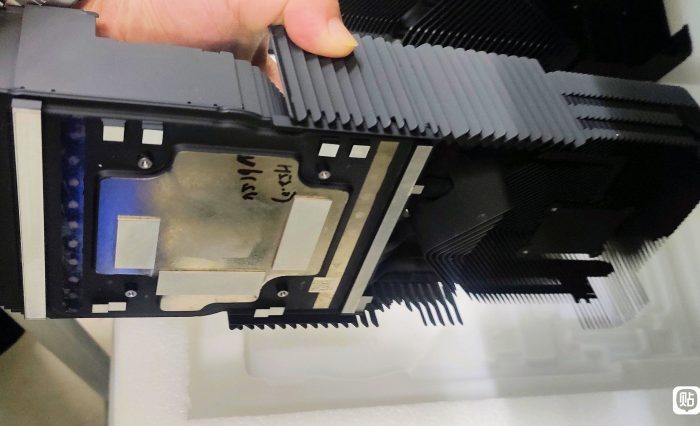 As far as we know, this model is currently not listed on any retail website, therefore pricing is yet to be confirmed.