Some ASUS Z690 motherboards will be equipped with a PCIe Slot quick release feature, which will simplify the removal of GPU or other components connected to the slot.

ASUS PCIe Slot Q-Release is a special button installed on ROG Maximus and ROG Strix motherboards that will help with components detachment from the primary PCIe slot (in most cases this will be the Gen5 slot). This feature appears to be exclusive to ASUS Z690 motherboards as nothing like such can be seen on MSI or Gigabyte Z690 series. 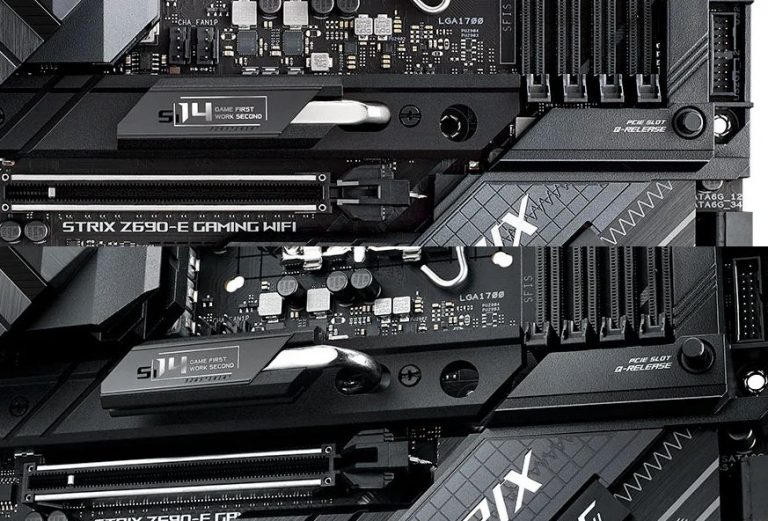 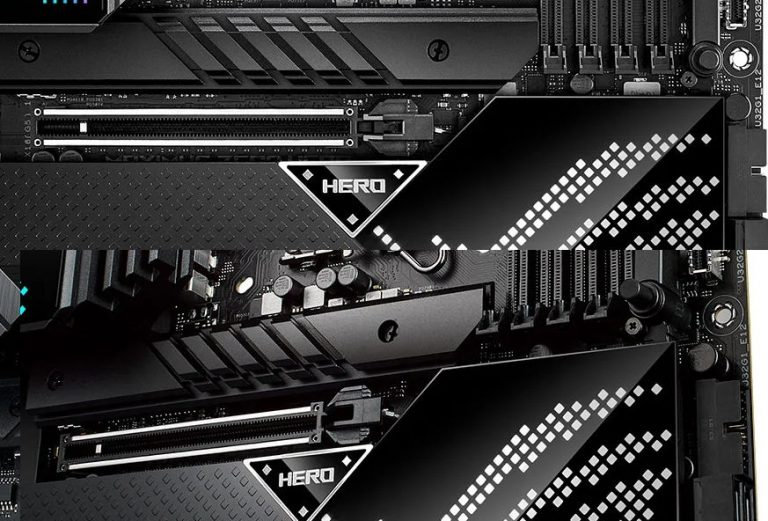 Leaker @momomo_us managed to find the description of this function: 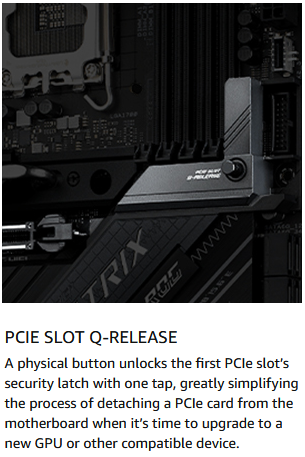 We took a quick look at all ASUS Z690 motherboards that we have seen so far, and we concluded that these motherboards will feature PCIe Slot Q-Release:

None of the PRIME, TUF, or ProArt motherboards are equipped with this technology. It is neither available on Mini-ITX or MIcro-ATX ROG STRIX series from what we can tell. It goes without saying, but in case you buy one of the listed motherboards, never press the button with the graphics card installed in a powered-on system.