Intel Z690 motherboards are to launch in November.

A wide range of Z690 motherboards by ASUS is now listed by PC Canada, a Canadian PC hardware retailer. The new flagship ROG Maximus series starts at 755/789 CAD or 599/625 USD after conversion, with the Hero being the only Maximus listed board. The lack of other Maximus boards in the initial listing may suggest that ASUS is to launch Apex, Extreme, and other Maximus boards at a later date.

Customers will actually be able to find other Z690 motherboards at lower prices compared to the Z590 series already listed by the retailer, although this may depend on the specific model, which may now be offered with either DDR4 or DDR5 support, the latter adding more cost to the customer. So far we have only seen TeamGroup’s DDR5 memory listed for more than 300 USD, which nearly doubles the cost of the investment required to switch next-gen. 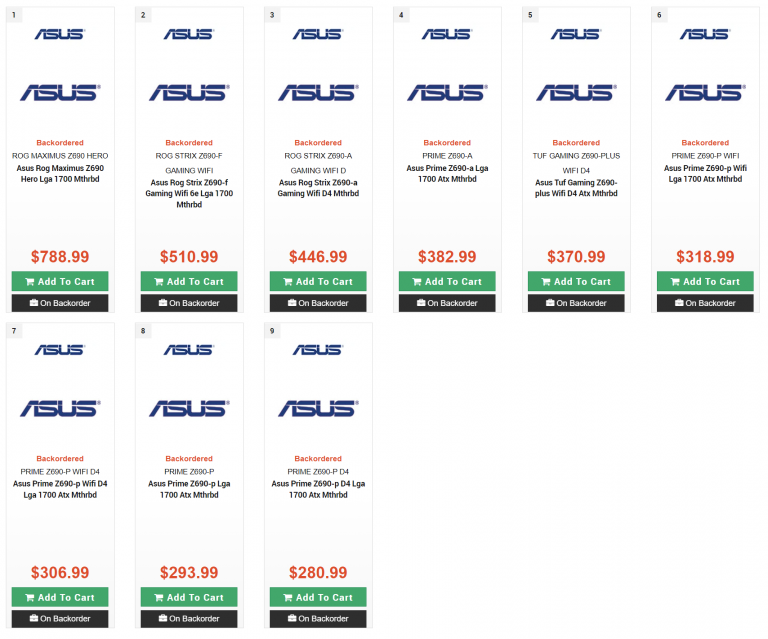 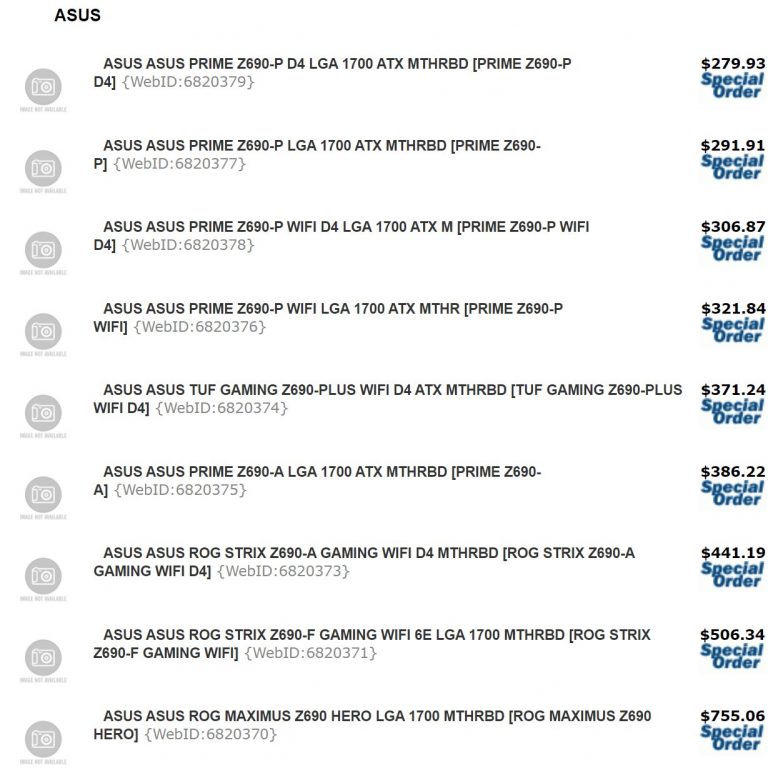 The pricing of Z690 and Z590 ASUS boards has been conveniently put into one chart and converted to US pricing by Wccftech. It shows that only the Prime P series is to cost more than their current-gen version.

The VRM design of the new motherboards has been revealed by leaker Komachi in one of this recent tweets:

The Z690 Hero is to offer a 20+1 phase design with 90A Power Stages, while the lower-end board is to feature a 14+1 power design, which is an upgrade over an 11-phase design for the Z590 series. The Hero series will get 5 more phases in total compared to the Maximus XIII version, therefore we are looking at power upgrade across the stack.

Intel is now set to launch its Alder Lake-S CPUs on November 4th, which is also rumored to be the date for Z690 motherboard sales going live. It is possible that retailers will officially start taking preorders on October 28th when Intel will officially introduce the new series.