Two ASUS Z590 motherboards have been leaked by @harukaze5719 over at Twitter. The series revealed by the leaker is ROG MAXIMUS XIII, which is based on the upcoming Intel Z590 chipset. The leak features two motherboards, the MAXIMUS XIII EXTREME GLACIAL and MAXIMUS XIII HERO. Additionally, we have another two photos of the first PRIME and TUF Gaming series motherboards based on this new Intel chipset.

The motherboards are equipped with an LGA1200 socket, the same socket that we have on the Z490 series. The new motherboards are targeted for the upcoming 11th Gen Core processor series codenamed Rocket Lake-S. The new series will introduce PCIe Gen 4 support, a wider DMI channel between the CPU and the chipset, as well as improvements to the CPU core design itself. The premium Z490 motherboards are already hardware compatible with PCI Gen4, however, there might be some limitations, such as the primary M.2 slot may not operate in the Gen4 standard, however, that has not yet been fully confirmed.

The ASUS Z590 MAXIMUS XIII EXTREME GLACIAL is an ultra-premium motherboard equipped with pre-installed monoblock. This board looks almost identical to the Z490 GUNDAM, a special commemorative edition inspired by the anime GUNDAM series. The GLACIAL is also an E-ATX form factor board.

The 13th Edition of the Hero series sees a noticeable design overhaul. Sadly the picture does not provide a clear look at the VRM section, but we can immediately notice that the EATX12V connectors have been upgraded to dual 8-pins, compared to 8+4 on the Z490 series. Interestingly both motherboards do not have any audio chipset capacitors visible. We have already mentioned that premium Z590 motherboards will come with a new Realtek 4080 audio codec and such boards all appear to have those capacitors upgraded to something that can be hidden under a plastic cover. This isn’t the case for the Prime and TUF motherboards that we are also sharing below.

Intel will unveil its 500-series motherboards at CES 2021 in just 2 days. ASUS and other motherboard makers should lift the embargo on their new designs shortly after. 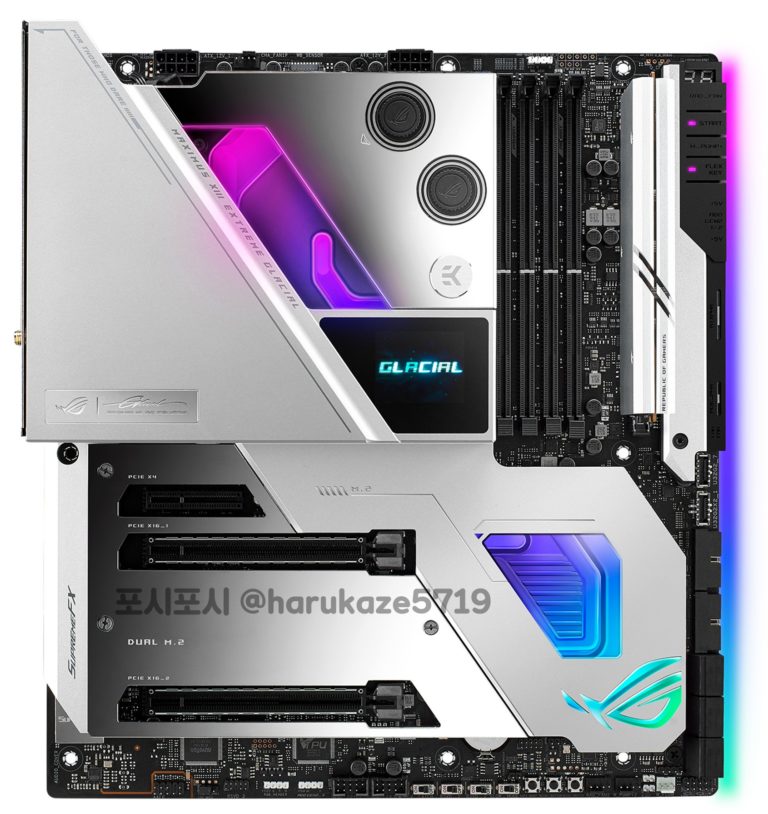 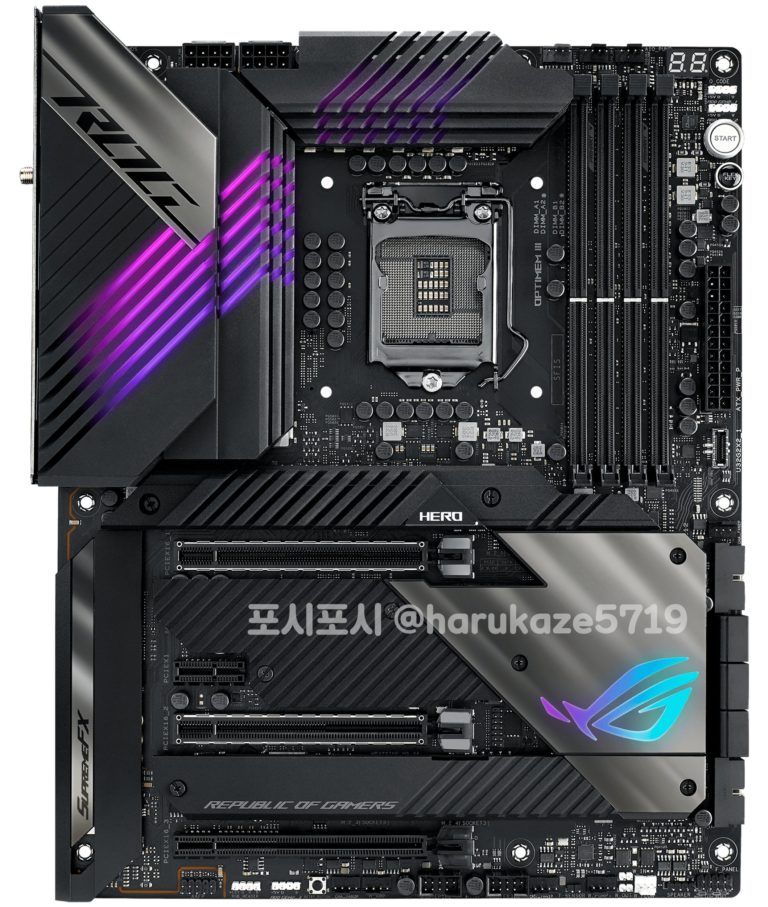 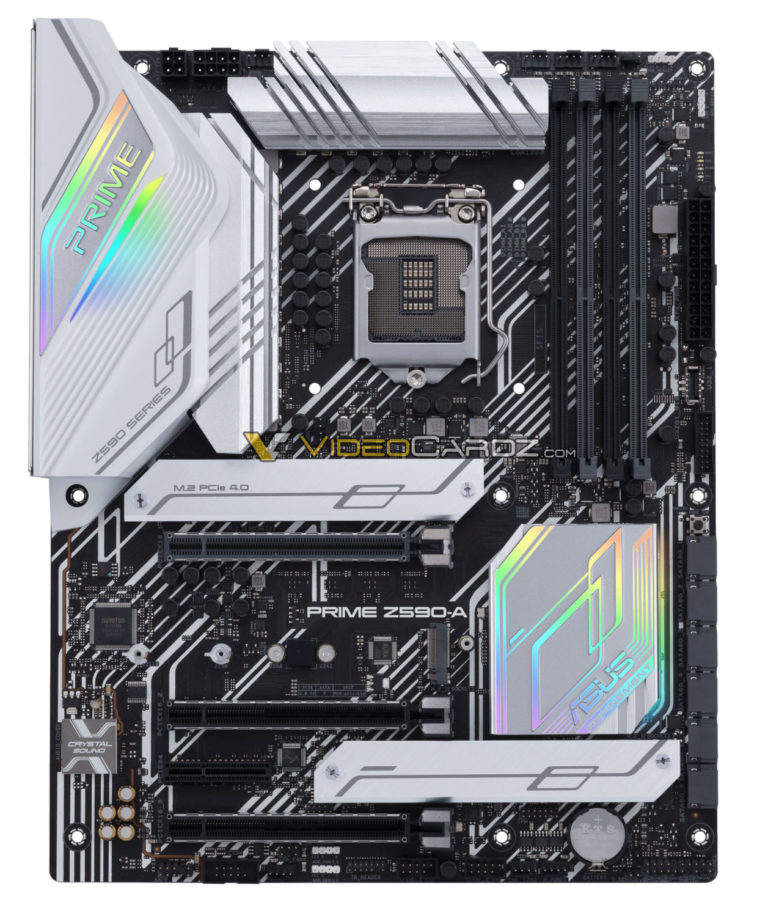 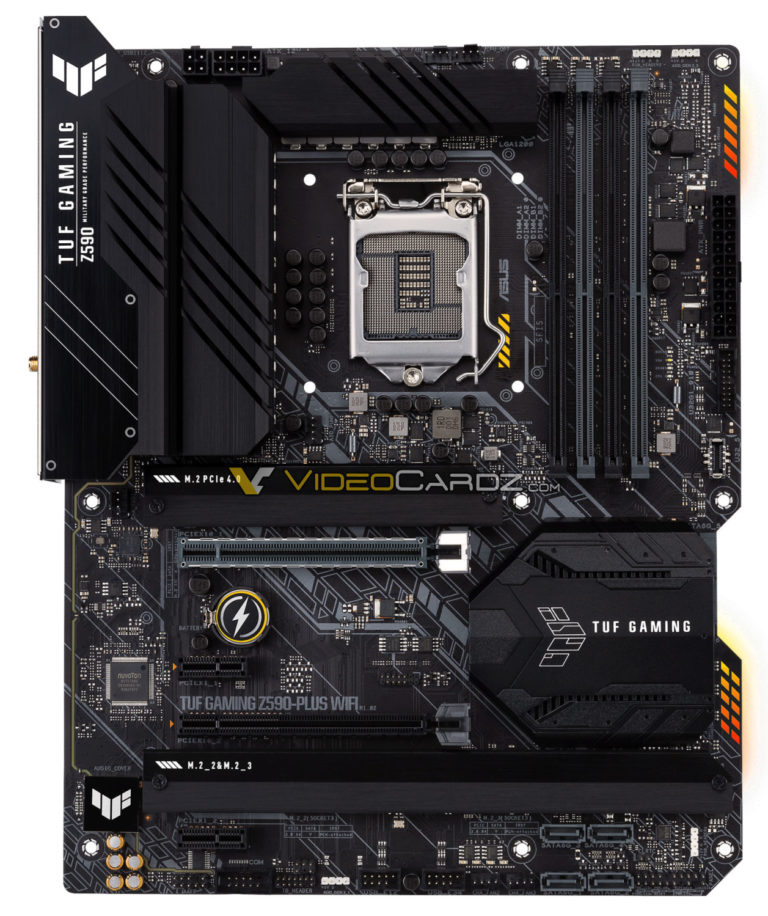