We have a photo of the new WRX380 motherboard for the AMD Ryzen Threadripper PRO series, which was introduced back in July.

The WRX80 platform is expanding. These ultra-premium workstation systems will soon have another two motherboards to choose from. Last month we shared a photo of the Gigabyte WRX80 SU8 motherboard, which was the only know board design that has been seen apart from the AMD reference board that went into Lenovo P620 ThinkStation systems. 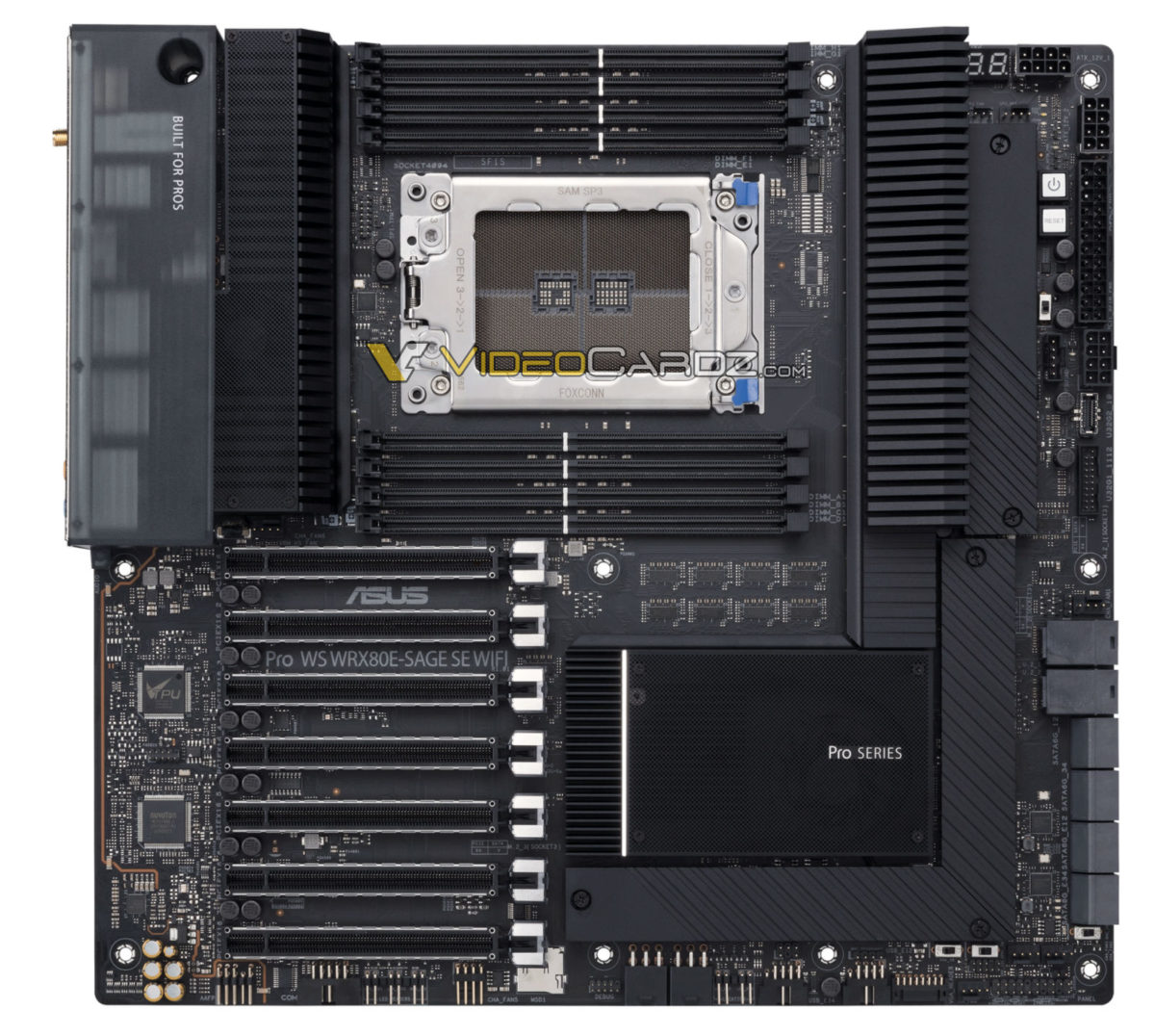 The WRX80 PRO from ASUS is a workstation board with 8 memory slots and also 8-memory channel support (an exclusive feature for the Ryzen TR PRO series). Similarly to Gigabyte’s design, the WRX80 PRO WS SAGE SE features seven PCIe x16 slots. This is possible since the processors based on the sWRX8 socket have 128 PCIe lanes, twice as many as the non-PRO Threadripper series.

This particular board features on-board WiFi and we can see it is wider than Gigabyte’s design. While we don’t have the exact specs, it appears to be an EEB form factor, just like the ROG Dominus Extreme motherboard. 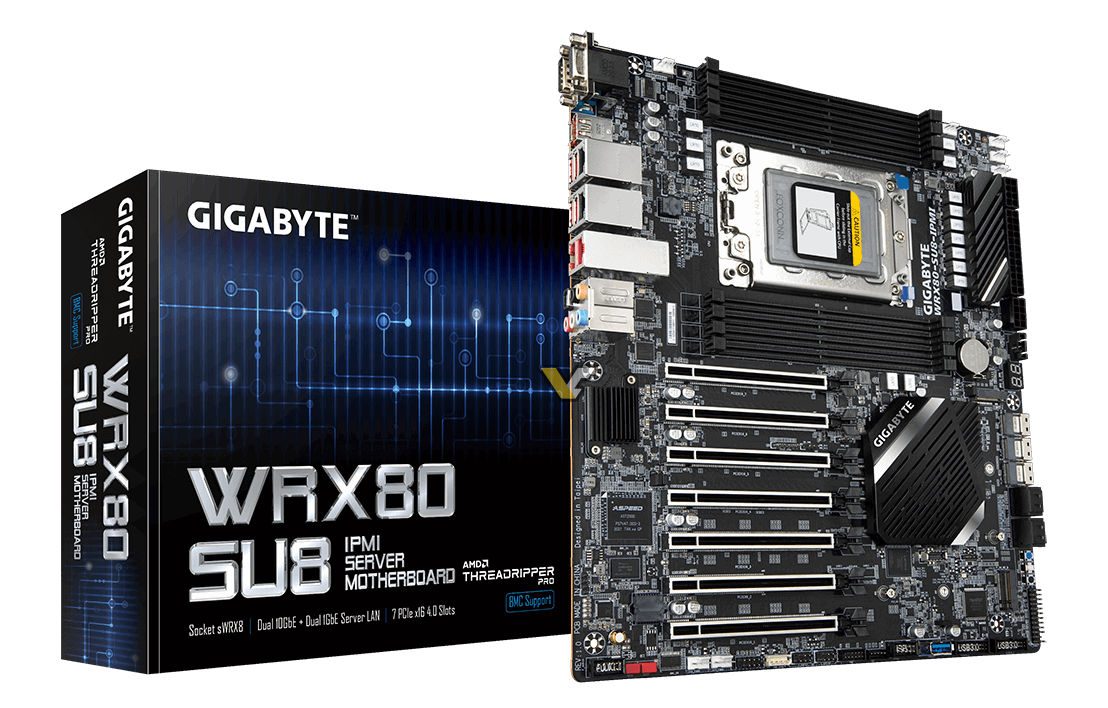