ASUS has today unveils its ROG Crosshair VIII Dark Hero, a premium motherboard based on the X570 chipset for Zen3 processors.

ROG Crosshair Dark Hero appears to be using a different color scheme compared to the original ‘Crosshair VIII Hero’. The parts of the covers that previously titanium/silver have now been replaced with darker covers. The Dark Hero also does not feature a fan over the chipset (which was a standard for premium X570 motherboard series at launch).

Additionally, the manufacturer also revealed the details on ROG STRIX B550-XE, an upgraded B550-E motherboard with a slightly different heatsink. Both motherboards appear to have the same 14+2 power stage design.

ASUS officially introduced the motherboards on Twitter with a message that both motherboards are ready for AMD Zen3 processors, which AMD announces today. 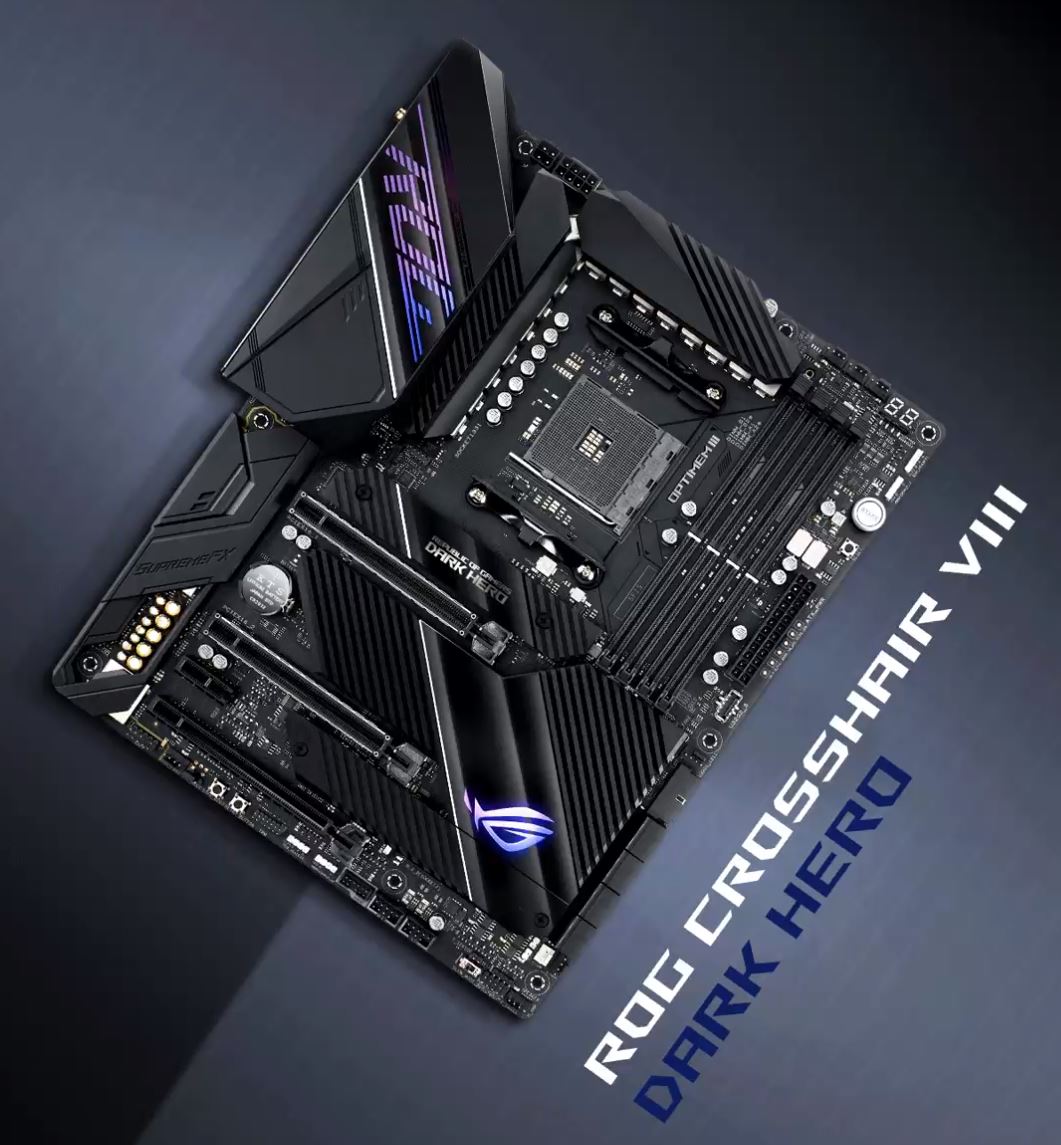 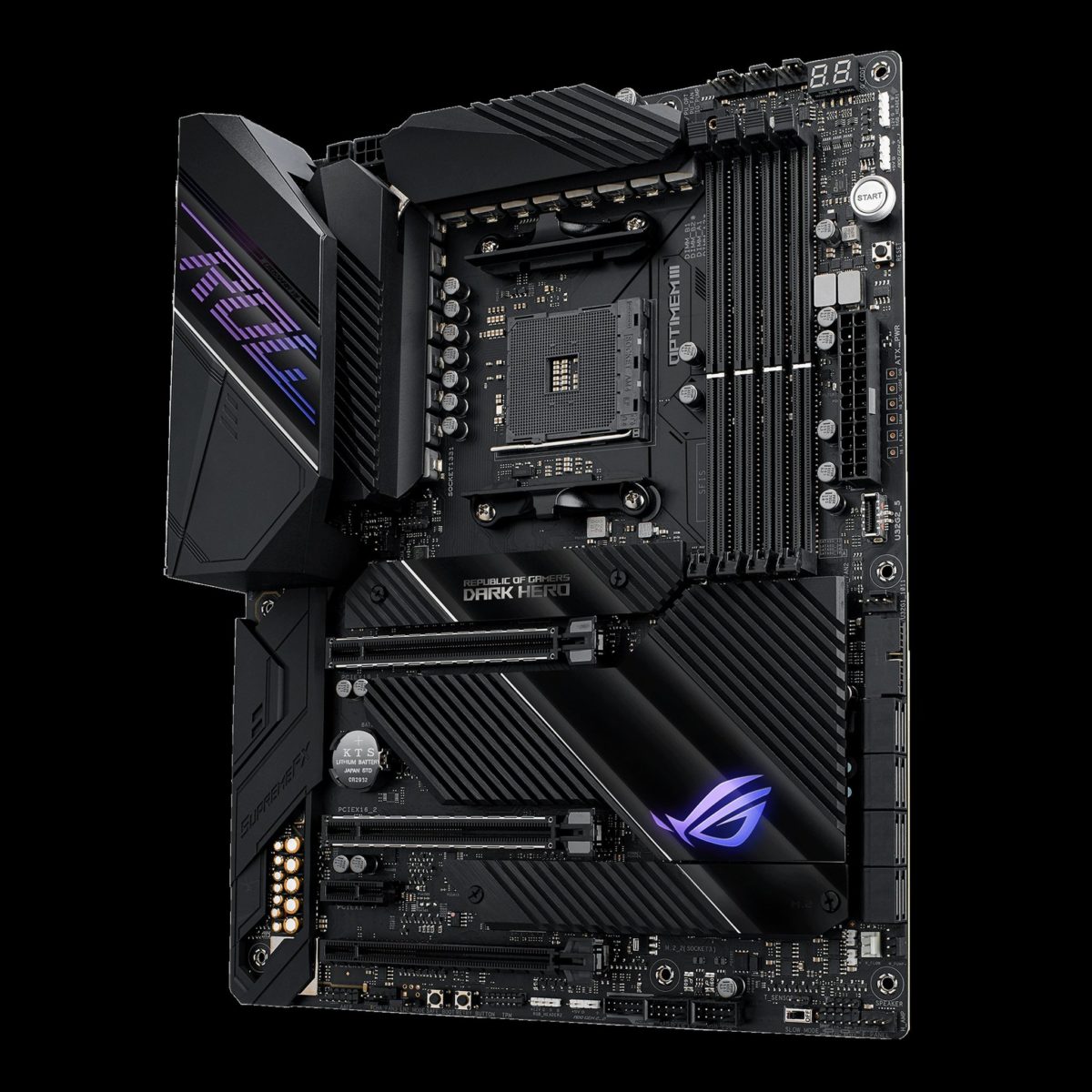 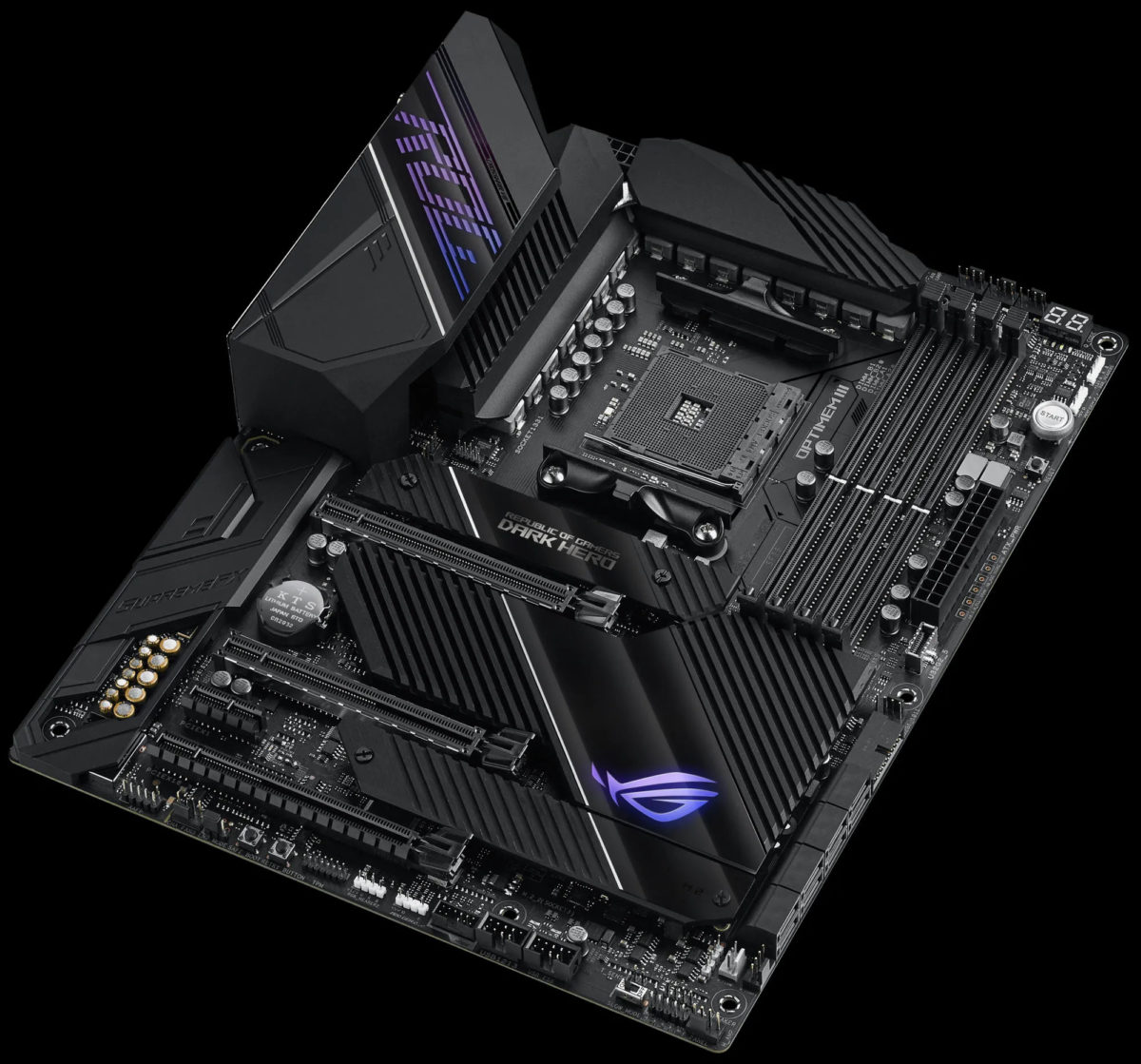 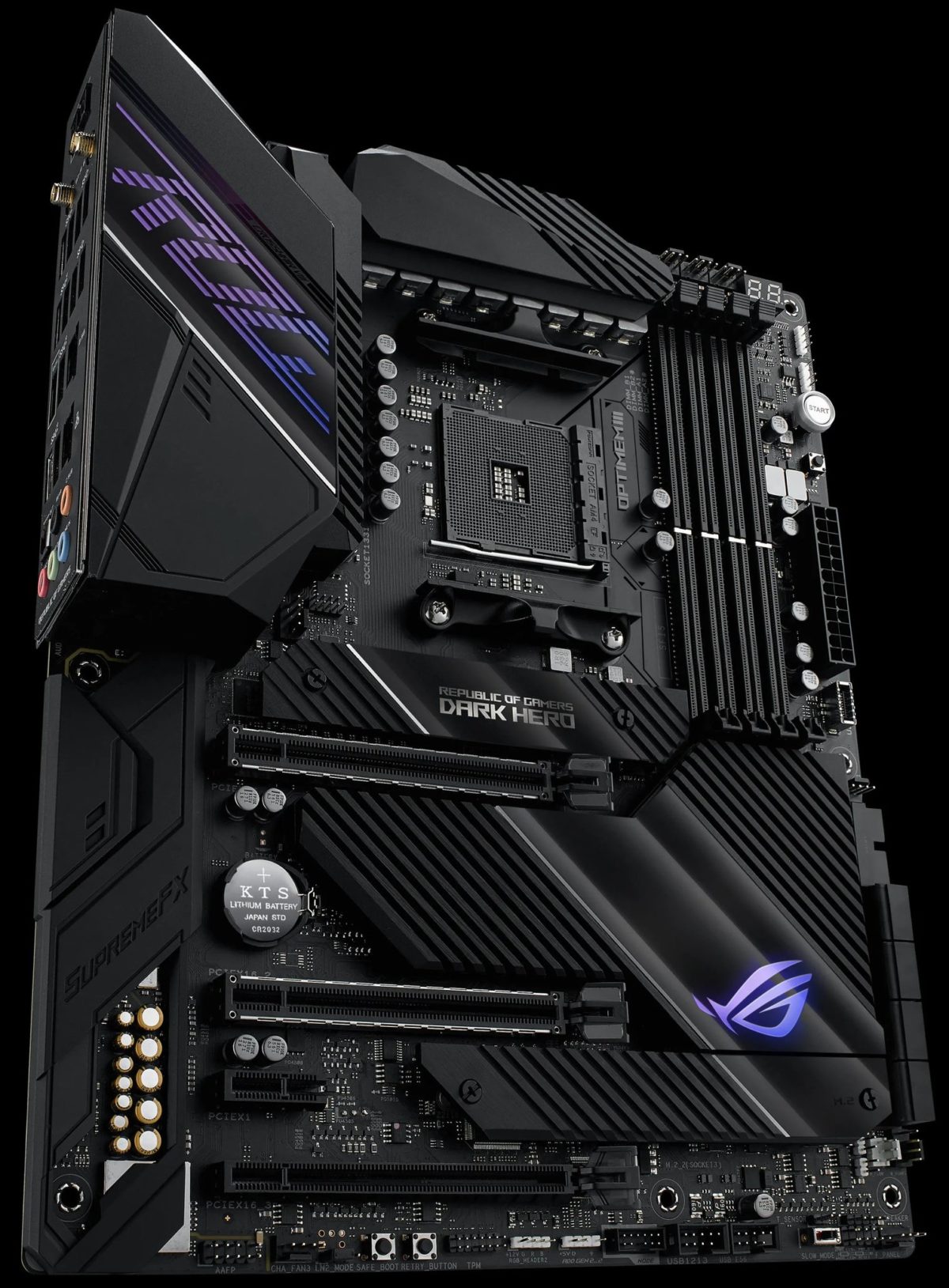 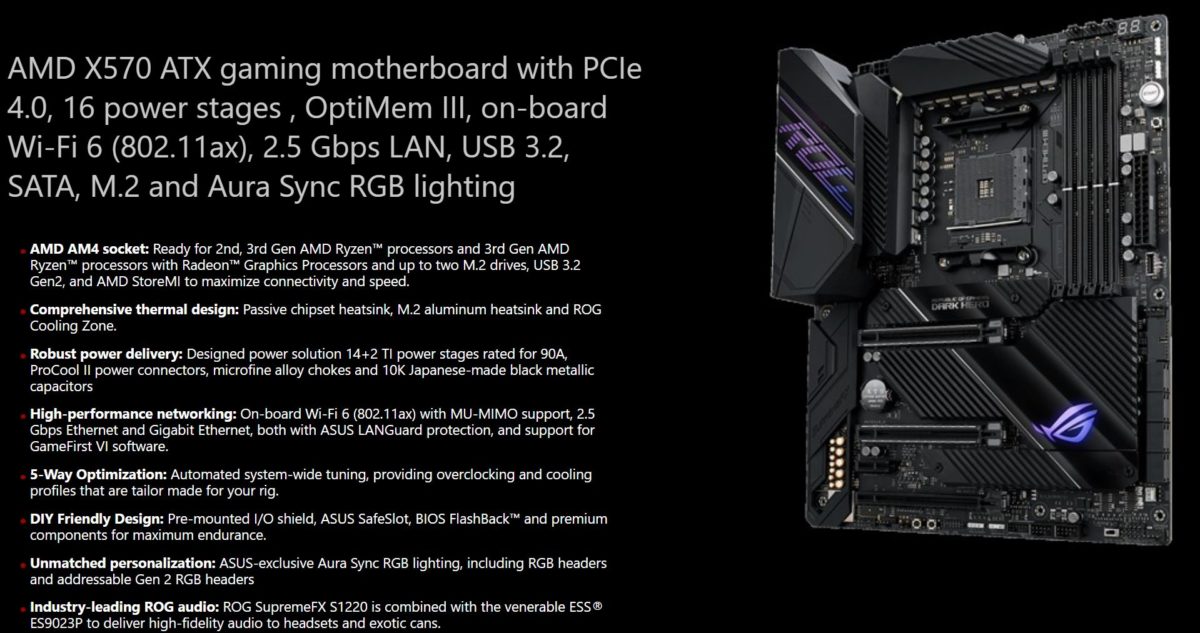 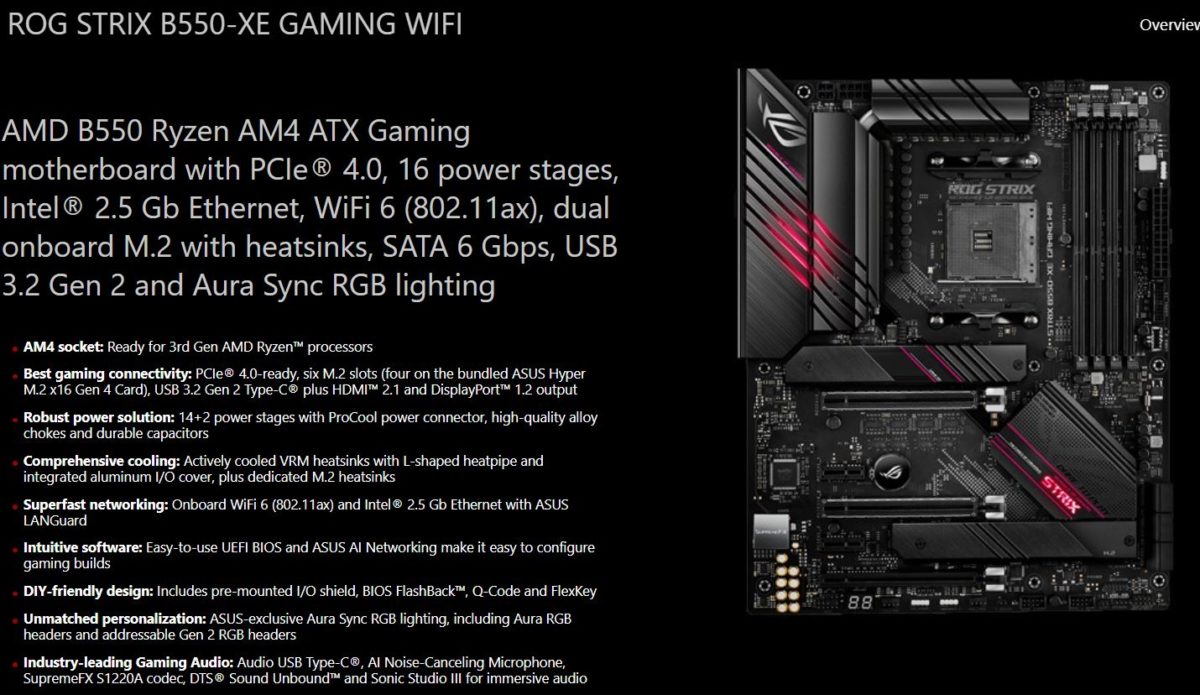 Are you ready for Zen 3?#ROG is ready!
Two new beefed-up boards have joined our @amd stack. 💪