Not a single GeForce RTX graphics card from ASUS has officially listed GPU frequency. At this point, you may ask, what’s the difference between all these cards? Well, there is only one way to find out: “JUST BUY IT”.

Only two photos of ROG STRIX 2070 were released (there’s no backplate and no bracket picture ). There are three variants of these cards (and they are all pretty much the same, except the clocks, which were not announced yet):

The ROG STRIX 2070 appears to be 2.5-slot design. The cards are equipped with three fans, but notice that they are different from RTX 2080 and RTX 2080 Ti series. The card features 6+8-pin power connectors. 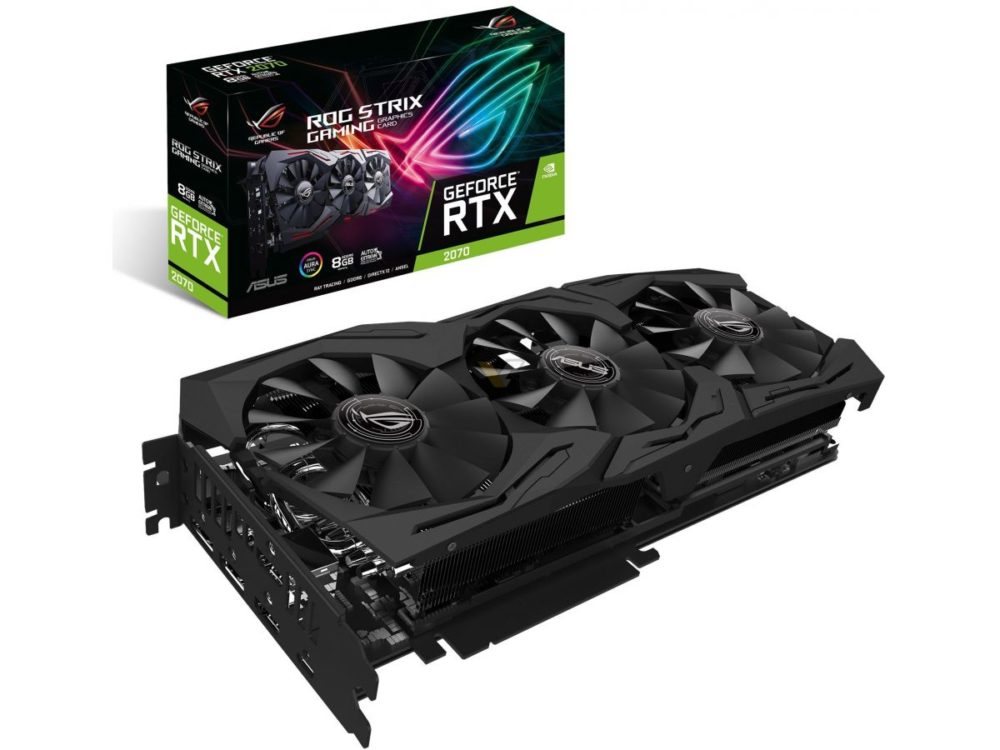 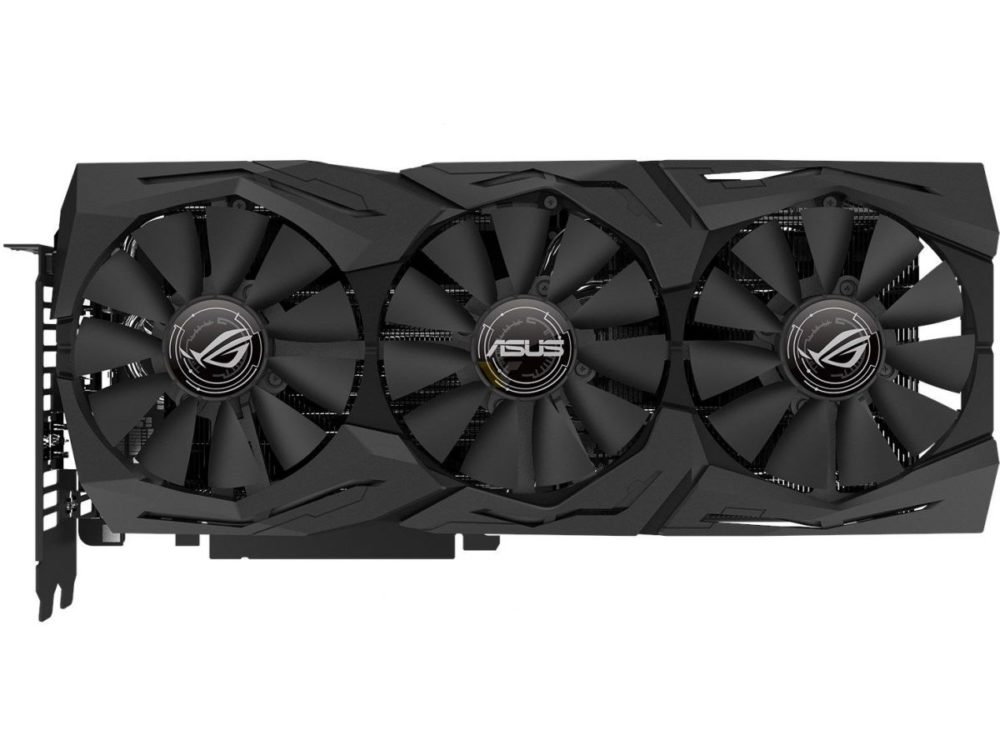 There are three variants of DUAL RTX 2070 cards:

All three variants will only differ in clock speeds. The DUAL series from ASUS have a 2.5-3 slot design and non-standard power delivery (6+8pin). 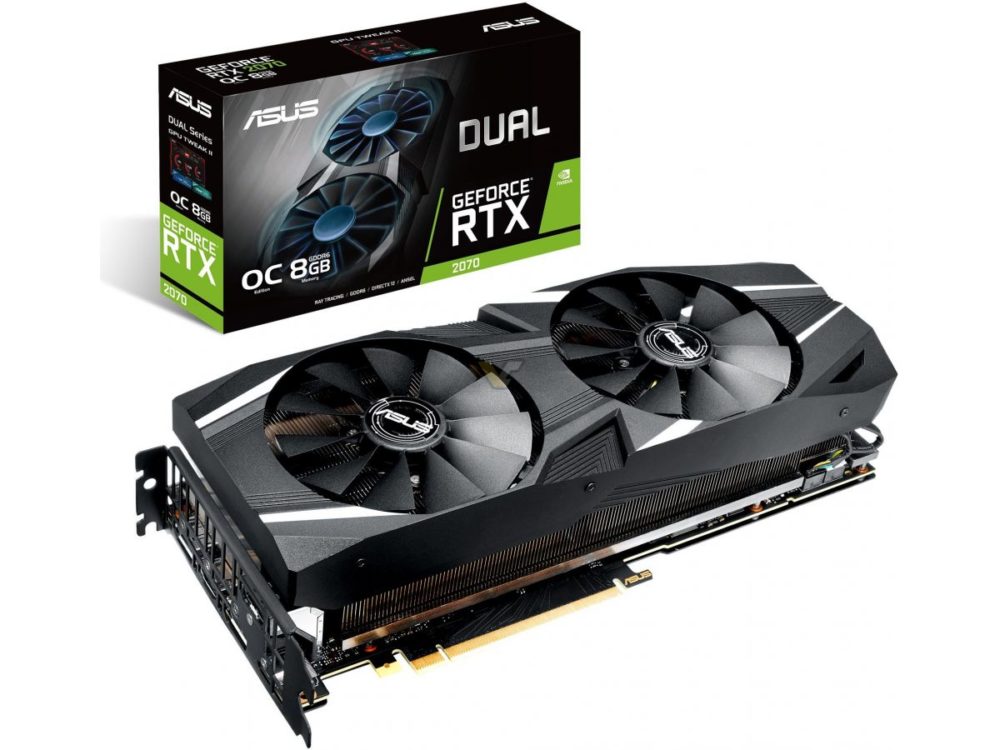 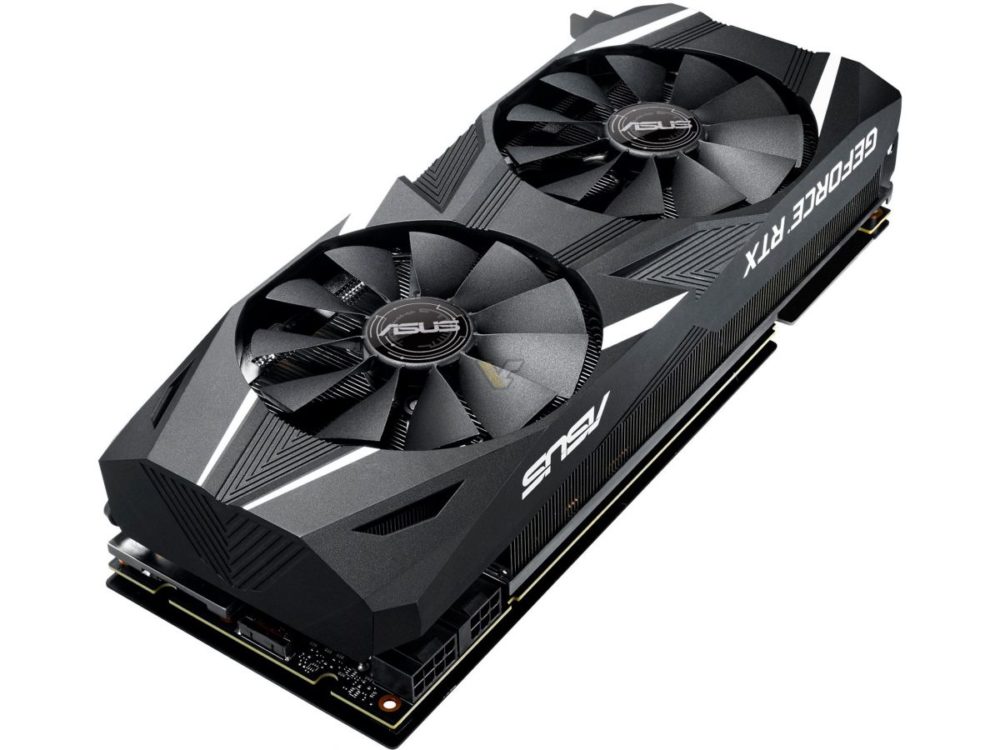 For some reason, I found this picture interesting. It appears that ASUS was initially planning to add NV LINK support for RTX 2070 series. Whether it was a last minute change by NVIDIA or the fact that RTX 2070 uses TU106 rather than TU104 (like RTX 2080), we don’t know. But something is ? here… 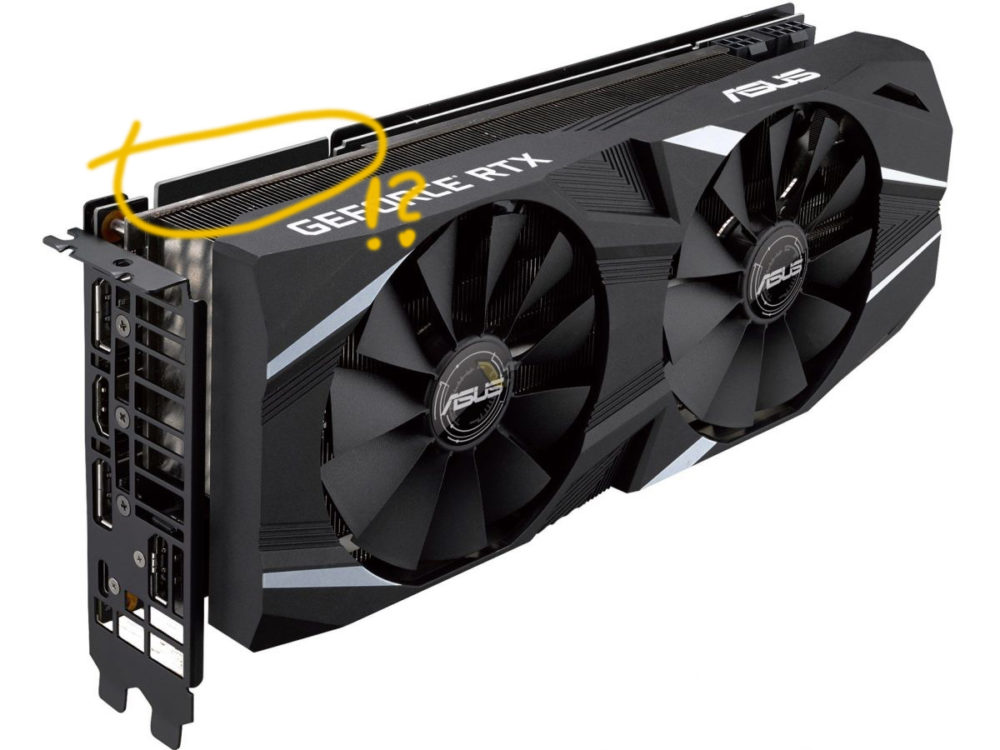 There is only one Turbo, likely retaining ‘reference clocks’, which are 1410/1620 MHz. Unfortunately, ASUS did not confirm this information, so it’s a wild guess. The tiny translucent stripe next to GeForce RTX logo is illuminated by RGB LEDs, by the way. 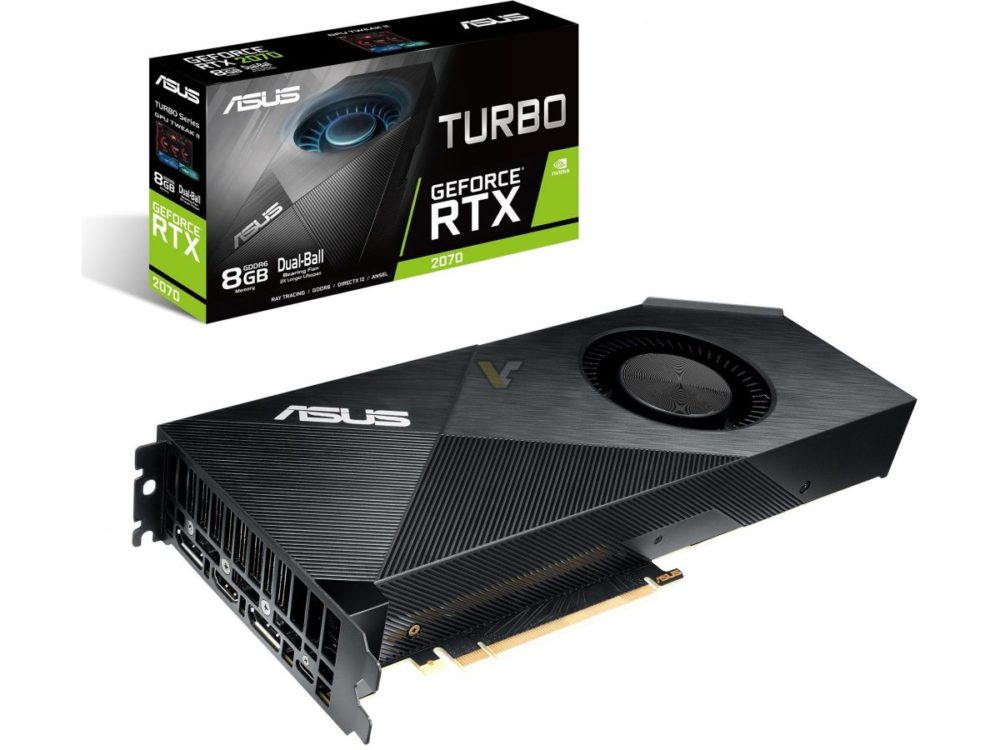 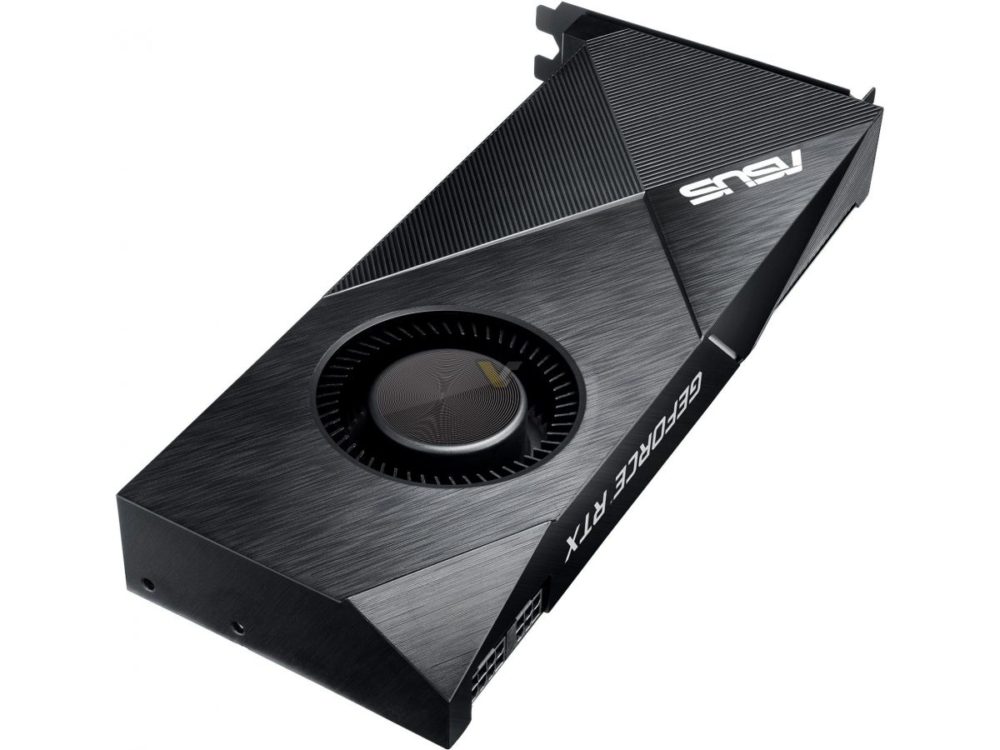