In Vietnam, the last remaining GeForce RTX 3080 graphics cards without LHR are now being sold in bulk already preinstalled in mining rigs. 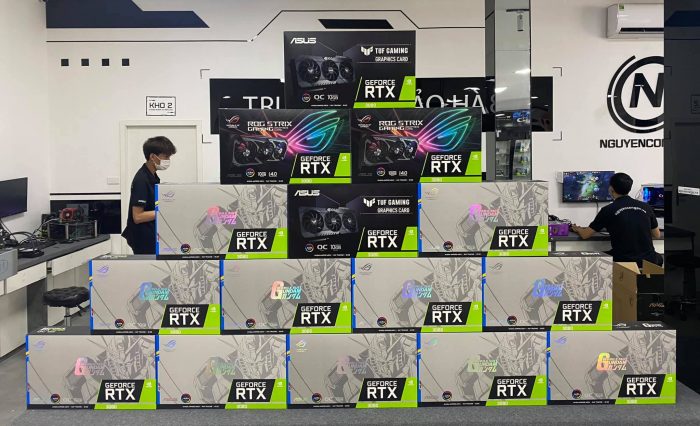 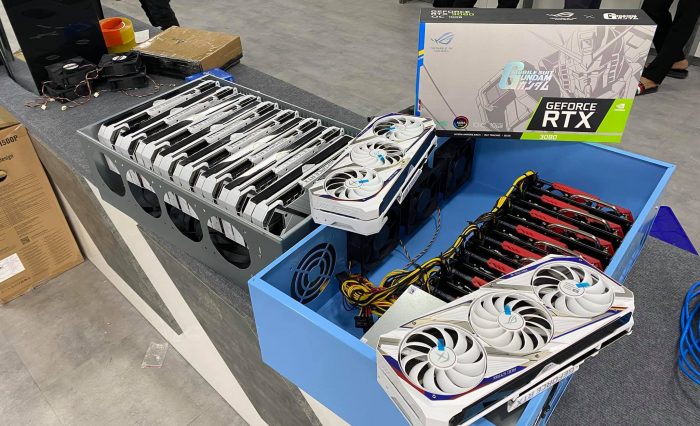 With the announcement of the NVIDIA Lite Hash Rate (LHR) series, it was speculated that non-LHR series will quickly gain in value. After all, those cards still offered great mining performance despite their often much higher price tag. This is exactly what is now happening in Vietnam, where certain retailers have now specialized in building mining rigs based solely on non-LHR graphics cards.

This probably wouldn’t be newsworthy if not for the fact that the ASUS ultra-rare GUNDAM series were used for those rigs. Those series inspired by Japanese anime series are quite frankly impossible to buy around the globe, although ASUS did make some shipments to North America recently. The RTX 3080 ROG STRIX GUNDAM cards are now listed on eBay with a price starting at 2,300 USD. Thus, seeing such a rare graphics card wasted in a mining rig does raise the question of why such retailers are supplied with these premium graphics cards in the first place.

The good news is that such photos will soon only become a thing of the past. The mining profitability of the LHR series combined with better availability of GPUs overall will soon force miners to use to fight for the existing stock of non-LHR cards. 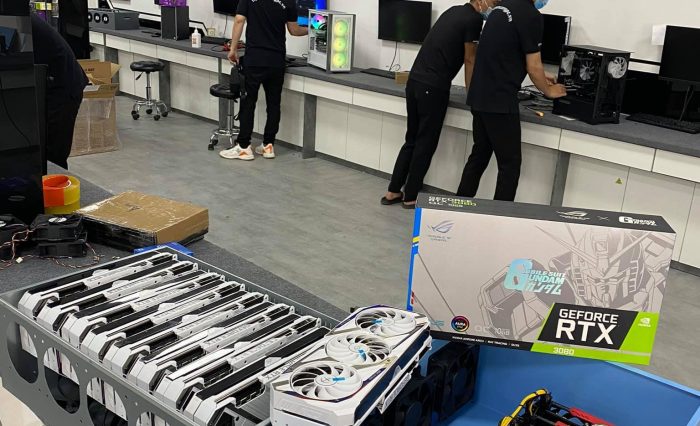 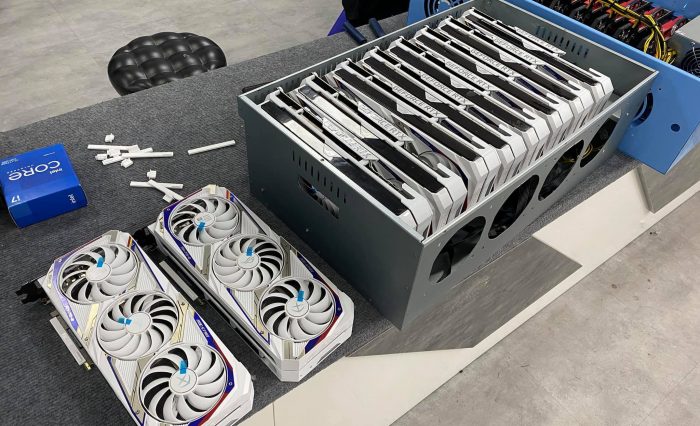