ASUS TUF Dash F15 with RTX 3050 had already appeared on our website. ASUS inadvertently listed this laptop on its website with RTX 3050 graphics before NVIDIA even had the chance to officially introduce the new series. At this moment is unclear when exactly NVIDIA is planning to launch its new entry-level GPUs but one would guess it will be around the Tiger Lake-H45 release, which has only been confirmed for this quarter.

The ASUS TUF Dash F15 does not feature a Tiger Lake 45W TDP CPU, but a 35W variant. These are limited to 4-cores and this laptop design has been made exclusively for these series. Intel advertised the H35 series are portable gaming machines, something in-between ultra-thin, and high-end gaming designs. This laptop, which looks a lot like the last-gen ROG G15 and M15 series, was designed to be just that. 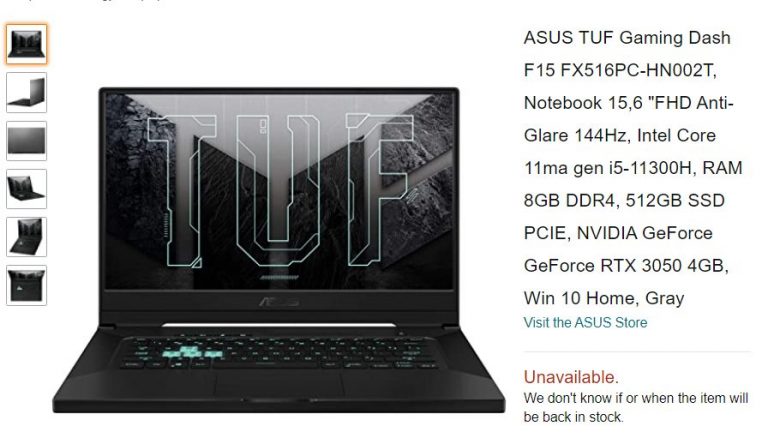 At this moment we only know that NVIDIA GeForce RTX 3050 Laptop GPU will feature 2048 CUDA Cores and GA107 GPU. This processor has not yet been used by NVIDIA for any other discrete graphics card, so it is not quite clear what to expect. With 4GB of GDDR6 memory and a 128-bit bus, one would guess it is aimed at light 1080p gaming. It should be more than capable to handle popular massive online multiplier games.