ASUS has confirmed it will launch passively cooled X570 motherboards starting from the third quarter.

There have been leaks from MSI and Gigabyte featuring AMD’s yet unreleased motherboards with X570S chipset. The speculation surrounding this new chipset was focusing on AMD’s rumored Warhol (Zen3+) refresh of Ryzen processors, but in the end, it turned out to be a new chipset for fanless motherboards.

ASUS has now confirmed it will launch fanless X570 motherboards (so probably featuring said X570S variant) in the third quarter. On Twitter and Reddit ASUS published a teaser of the upcoming announcement.

A tweet from the official ASUS ROG account only mentions two models. This could mean that the fanless refresh may only affect some models, not the entire X570 lineup:

It is worth noting that upcoming X570 motherboards won’t be the only fanless X570 series from ASUS. The manufacturer had already released its ROG Crosshair VIII Dark Hero motherboard which did not feature a fan over the chipset: 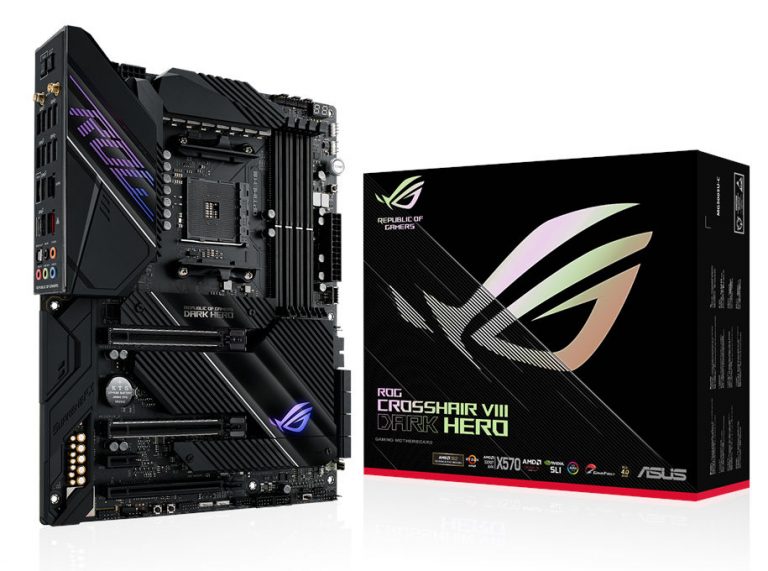 This is how ASUS announced the Dark Hero motherboard back in August 2020:

The Dark Hero is our first X570 board to implement a passive cooling design. A massive high surface area heatsink covers the chipset and extends into the space between the main PCIe slots to provide plenty of heat dissipation. Compared to the active cooling design on the Crosshair VIII Hero, the Dark Hero’s chipset temperature under load is just 2.25% higher in our internal testing.

The timing of the X570 motherboard refresh from all major board makers certainly puts a question as to what is AMD planning to do with the AM4 socket and when should we expect a successor. Would removing the fan and offering better aesthetics and slightly better components be enough to convince buyers to jump into the AM4 platform right before it reaches its end? We are about to find out in July.