ASUS to launch its own ROG STRIX SQ7 NVMe SSD

Taiwanese company may soon become one of the first big brands to offer all PC components branded under their own name.

ASUS has just posted a teaser of its upcoming NVMe SSD. The company has not released its SSD before, which confirms that ASUS will embark onto a new PC hardware market soon. The teaser posted on ASUS ROG Taiwan social page shows a ROG STRIX SQ7 NVMe SSD drive. This particular model would offer 1TB of storage through M.2 PCIe Gen4 interface. 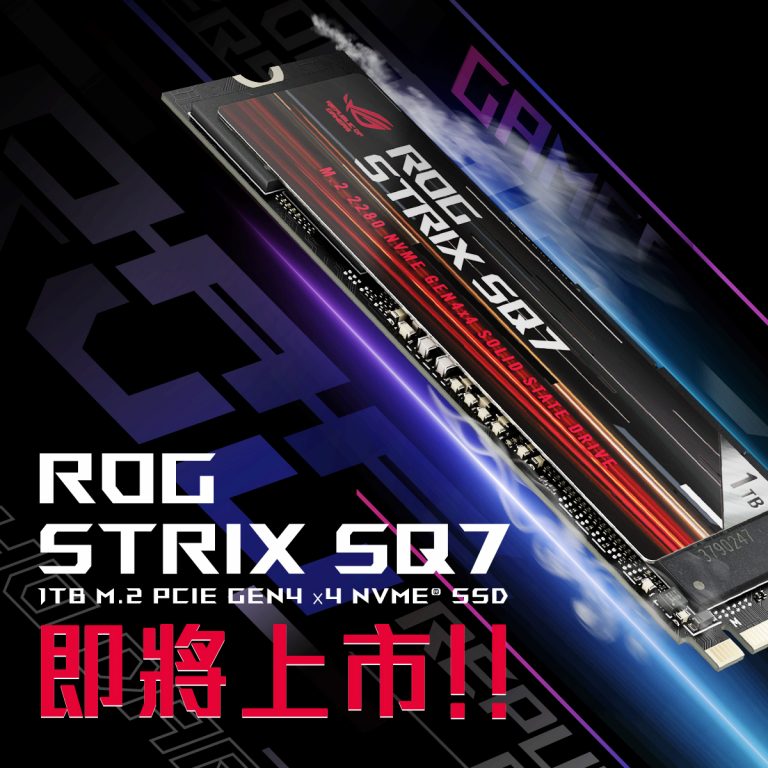 The SSD comes win M.2 2280 form factor, and it would support PCIe Gen 4×4 standard. Sadly, there is no sign of the Gen5 SSD yet, but ASUS might be testing the waters before entering the premium SSD market.

The teaser has been posted just 3 weeks away from Computex 2022 trade shows. ASUS just recently announced its “Boundless” event set to May 17, which is where the new SSD might be announced.

ASUS already offers almost all PC components, with an exception to their own memory modules. However, this will give their fans a chance to soon build all-ASUS systems. Among the big three companies: ASUS, MSI and Gigabyte, only the latter currently offers a full portfolio of products, from keyboards, PC hardware to monitors, basically anything a gamer would need. Where ASUS leads though is the furniture, after the company established a partnership with IKEA.