ASUS did not just release a render of the new RTX 4080 Noctua graphics card for their press release, an actual prototype is already being shown at the CES 2023 booth. 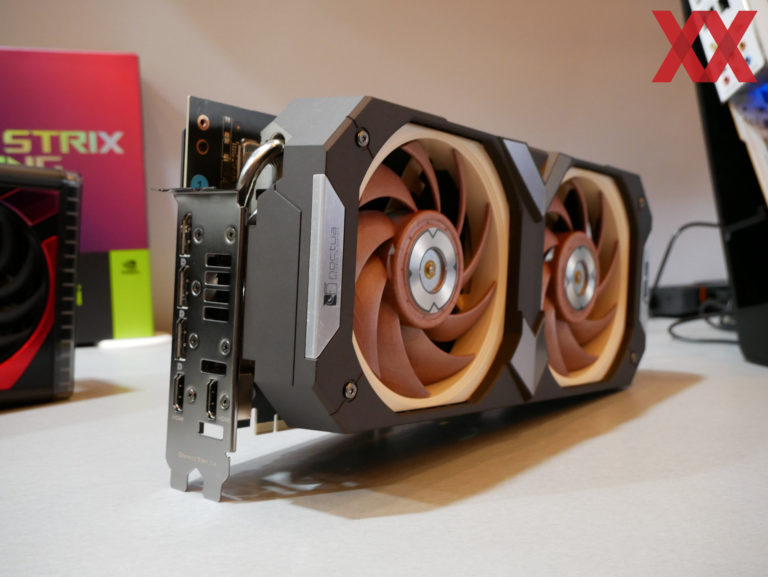 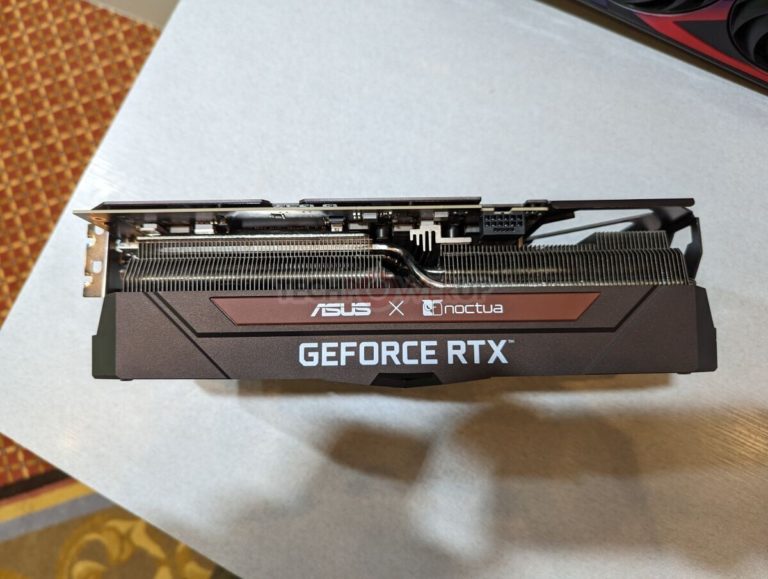 Members of the press had a chance to take a closer look at the new card, confirming that this is indeed the new RTX 40 GPU. The card looks very much the same as its RTX 30 predecessor, but it is now using the new 16-pin power connector, a feature thus far exclusive to NVIDIA Ada architecture.

Furthermore, the display connector layout is nonstandard, which in this case means an additional HDMI port, a feature commonly used for ASUS ROG Strix/TUF Gaming GPUs. This indicates that ASUS is once again reusing existing PCB for this model.

Noctua confirmed that the RTX 4080 will be equipped with two NF-A12x25 brown and beige fan. A large diameter of the fans and custom made vapor chamber will ensure that the card remain the quietest RTX 4080 on the market with typical temperatures not exceeding 61.7°C, the company claims. 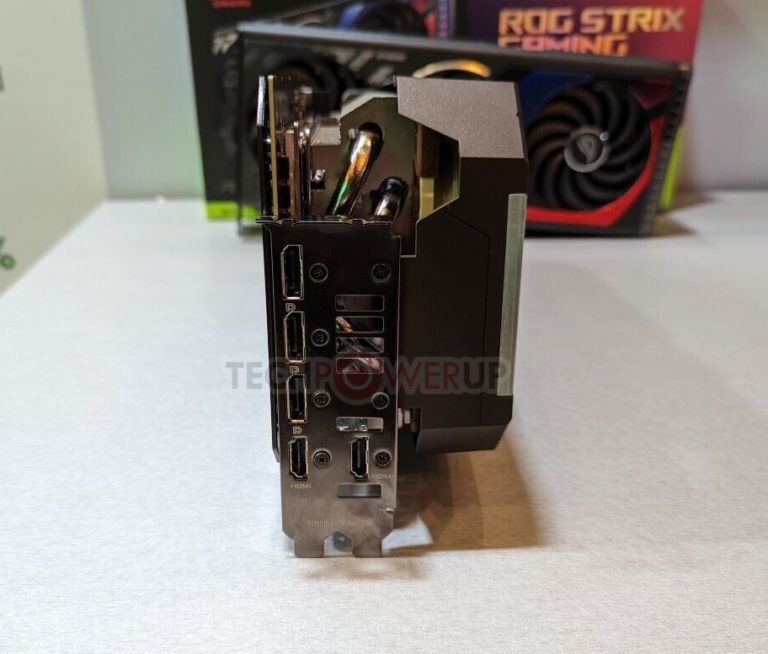 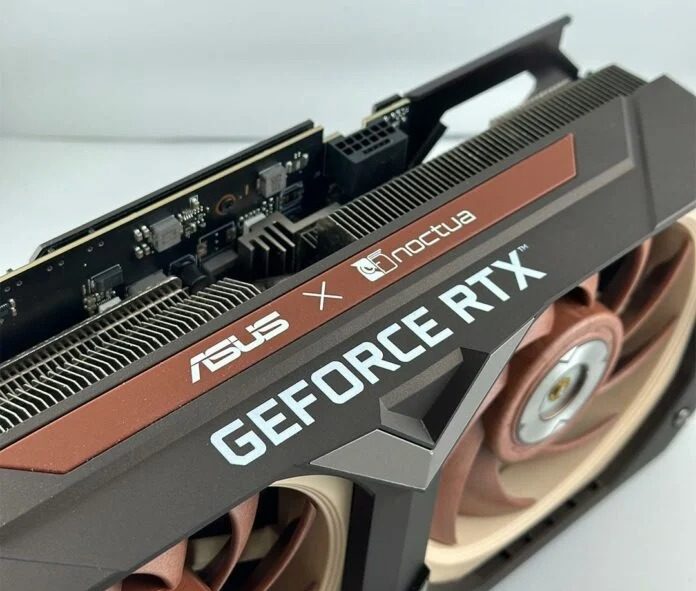 As confirmed by ASUS before the card is officially a 4.3-slot design, which in this case means that five PCIe slots will be exclusively used by this card alone. What has not been confirmed yet is the release date and more importantly the price.