The upcoming M16 laptop from ASUS is slowly shaping into the most interesting design of the year. As we (correctly) reported, the GU603 product refers to ASUS ROG Zephyrus M16, the first 16-inch Zephyrus laptop from ASUS. A new leak confirms that the laptop will feature a 16:10 aspect ratio, following premium designs such as Dell XPS 15/17 series or Apple MacBook Pro 16. The ROG M16 laptop will not be as thin as those laptops, but at least it will feature high-end CPU and GPU options that both XPS and MacBook currently do not have. 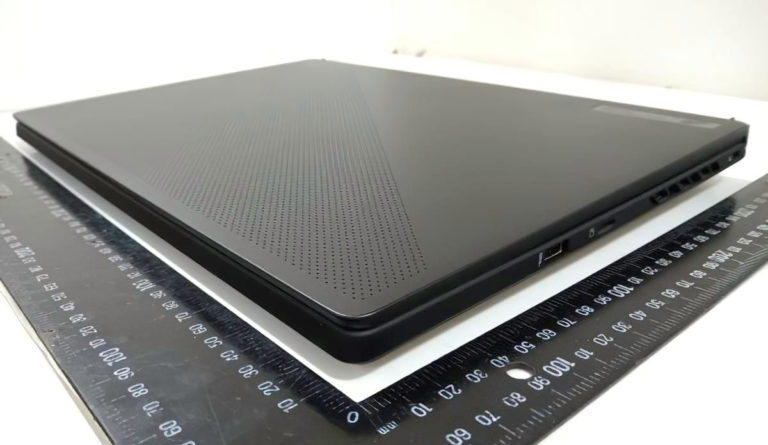 Starting with the dimensions. Some retailers already list the exact dimensions, which are quite surprising. It would appear that M16 will be just as big as the 2021 G15 (which launched in January with the AMD Ryzen 5000H CPU series). The main difference is the thickness, it would appear that M16 will be 30mm thicker. What may also be surprising is that the notebook would actually be smaller than last year’s M15 laptop (15-inch).

The cherry on the cake is the screen. ASUS managed to put a bigger screen and keep the same dimensions as G15, which is impressive. In fact, official retailer info confirms that it will have a 94% screen-to-body ratio, this is even better than 2020 Dell XPS (93.7%). A 16-inch display with up to 2560×1600 resolution at 165 Hz refresh rate. There are also 1920×1200 144Hz options. According to the retailer’s information, it’s a 100% DCI-P3 coverage, which is great not even for gaming but also for content creation. Unfortunately, there is no information about response time, screen type, or whether there is full G-Sync support. There is however Adaptive-Sync support for the WUXGA variant (no confirmation yet whether this applies to the 1600p panel).

It is possible to find numerous listings from China and Europe. The retailers expect ROG Zephyrus M16 to cost between 1800 EUR to 2700 EUR. 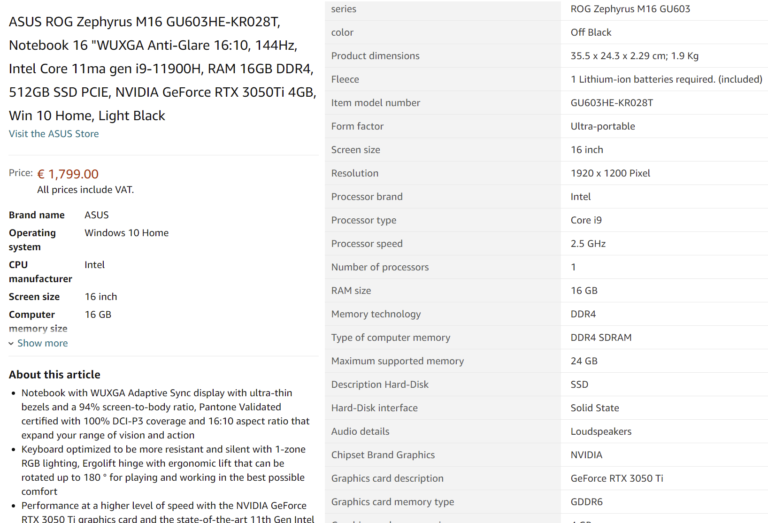 via My Laptop Guide