It appears that ASUS will unveil the third generation of its G15 gaming notebook series featuring AMD Ryzen CPUs.

According to the listing from Amazon China, ASUS is preparing a GA503QS model featuring both the latest Ryzen 5000H processor as well as NVIDIA RTX 30 GPU. Those components are expected to make a debut early next year, as both companies have announced their special news conferences.

ASUS G15 GA503QS will feature Ryzen 7 5800HS CPU which is likely to be an 8-core and 16-thread model based on Cezanne-H APU. This APU will feature Zen3 core design, expected to bring a double-digit performance increase in single-threaded applications over Renoir-H. It is unclear how much faster the 45W (5800H) version will be from the 35W (5800HS) variant that this laptop apparently has.

Interestingly, this is yet another confirmation that NVIDIA flagship GeForce RTX 3080 graphics card will be offered with as much as 16GB of GDDR6 memory (detailed description of the laptop lists 8GB GDDR6 memory though). Assuming that the laptop really featues 16GB memory, then this would be the first gaming mobile GPU with such a large frame buffer. Whether high-resolution textures loaded for 1080p gaming really need such a large buffer is a different story, however ASUS is likely to offer ROG Zephyrus models with 4K displays at some point in the future, where such GPUs could really show their potential.

The RTX 3080 16GB is expected to feature a full-fat GA104 GPU with 6144 CUDA cores, which is even more than desktop RTX 3070 SKU (5888). With a memory bus of 256-bit and memory speed expected to be at least 14 Gbps, it should offer around 448 GB/s. However, NVIDIA tends to limit the memory speed on Max-Q versions of their mobile GPUs, hence it is unclear what will be the actual bandwdith for Ampere based cards, especially in designs such as ROG G15.

The laptop is currently listed on Amazon China with a price tag of 14,862 RMB, which is 2,272 USD. It is not availble and no date has been provided when the laptop will be in stock. ASUS is also expected to launch gaming laptops with Ryzen 9 5900H CPU series and RTX 3080 8GB SKUS, so there might be a lot of choice depending whether you need more CPU or GPU power. 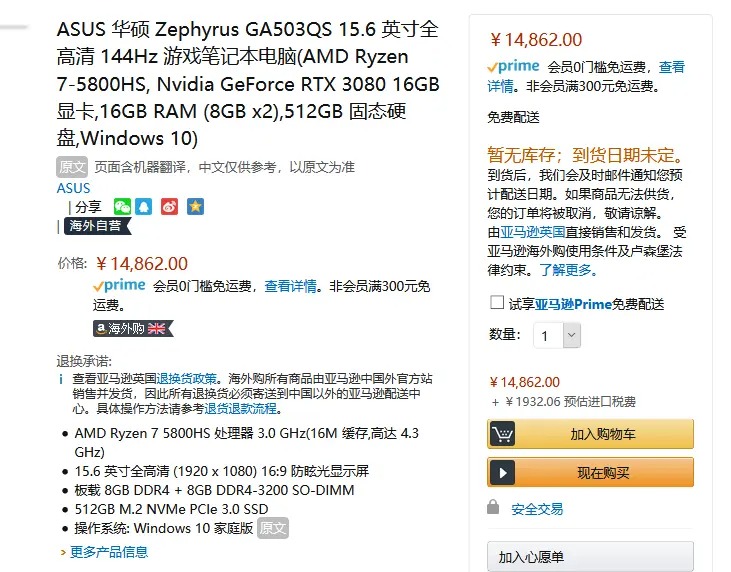 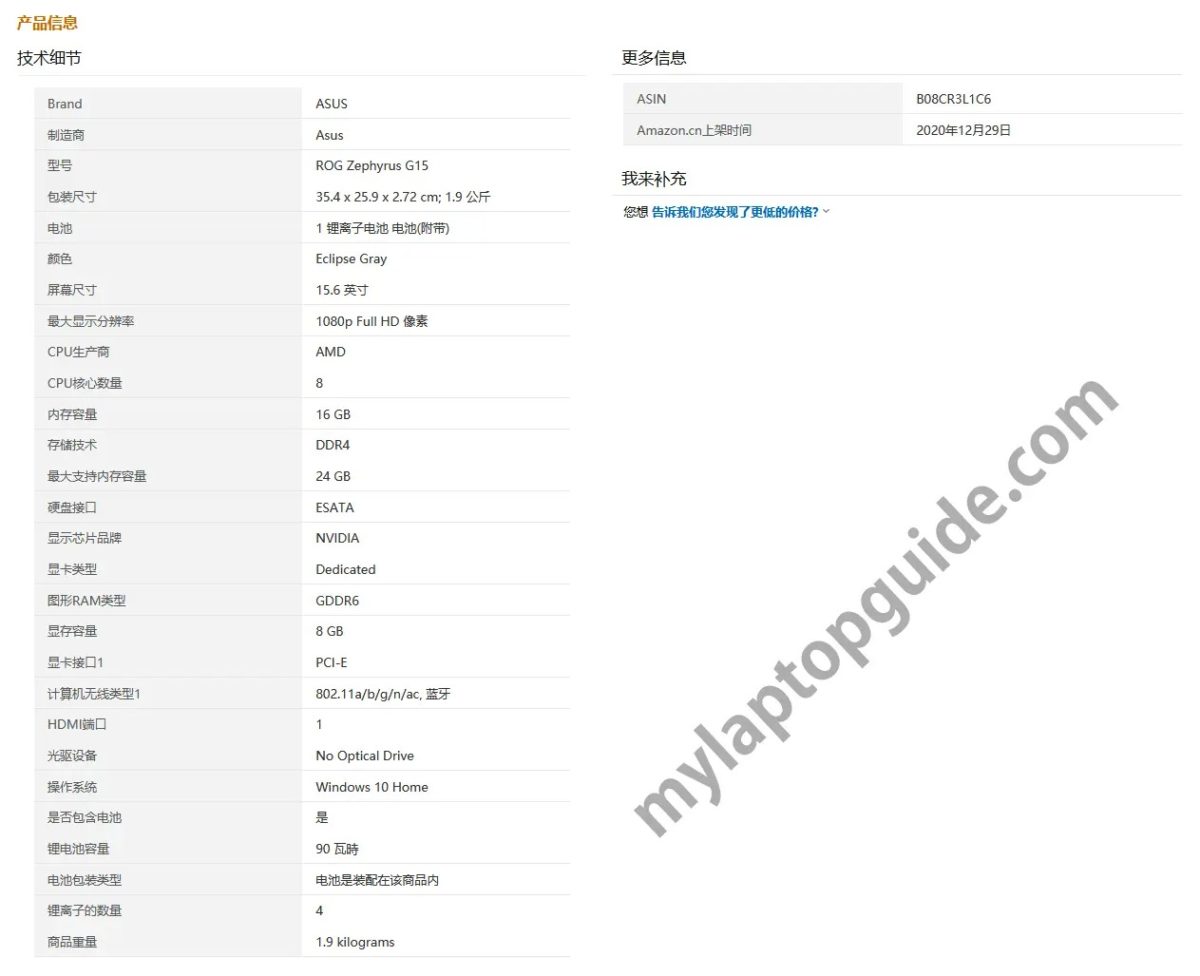 Please note that the listing currently shows a shower curtain (really), which obviusly means its a placeholder.