ASUS new 14-inch gaming laptop is most likely set to be revealed soon. The first photograph of this new product has just been discovered at South Korean Energy Agency, as the laptop goes through the certification process. According to the entry, this laptop is codenamed “GA402N(C)” and it looks like ASUS ROG Zephyrus G14. 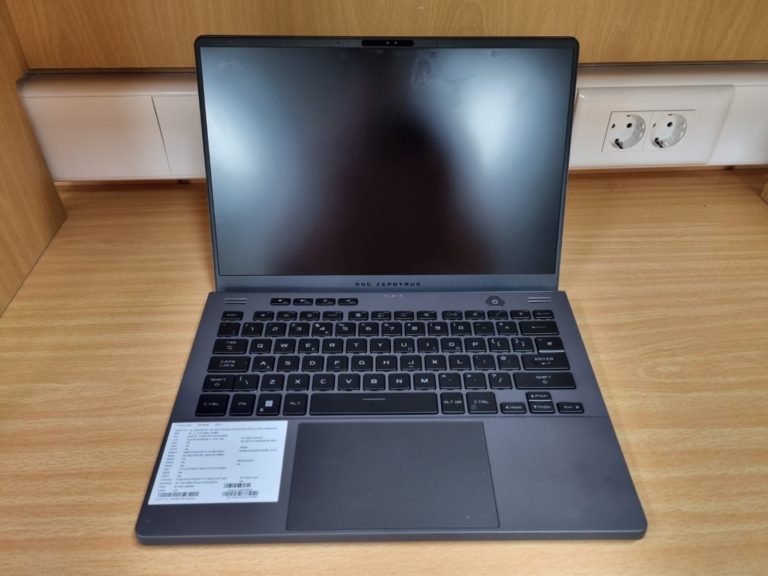 Unlike the ROG M16 laptop that leaked earlier, this one has the specs sticker still visible, except the resolution is very low. It is still possible to read some letters, though.

The G14 is confirmed to feature an AMD Ryzen 7 77XX processor. Upon closer look it seems to be 3.2 GHz base clock and BGA variant. The G14 series are usually equipped with HS variants with lower TDP (35W), so this model should be no exception.

The product code suggests that this is a 2nd Gen G14 chassis, therefore it seems likely that this is the same platform as the current G14 2022 model. With that in mind, one might assume that this is indeed a Ryzen 7000HS laptop, but based on refreshed Rembrandt silicon (Zen3+). A bigger upgrade may actually come from graphics, as the G14 series are now using AMD Radeon X000S power-optimized series. In other words, this might indeed be the first Ryzen 7000HS and Radeon 7000S laptop.