Some owners of the new ASUS ROG Zephrus Duo 15 laptop equipped with GeForce RTX 3080 Laptop GPU have decided to flash custom vBIOSes into their GPUs.

The RTX 3080 graphics card in the ROG Zephyrus Duo (codename GX551QS) laptop has a default TGP of 115W with Dynamic Boost going up to 130W. The slim design of the ASUS laptop has not enabled the manufacturer to offer higher TGP in this model, but this graphics card is available with up to 150W on other gaming laptops such as MSI Leopard G76. As it turns out, some users have decided to try flashing this vBIOS into their power-limited variants.

On Baidu forums, users are reporting that they were able to successfully transform their RTX 3080 115W into RTX 3080 150W variants. The details on how the laptops work with much higher TGP are unknown, but this could lead to stability issues or much higher noise levels. However, it was proven that such a modification is possible and could lead to noticeably higher performance. 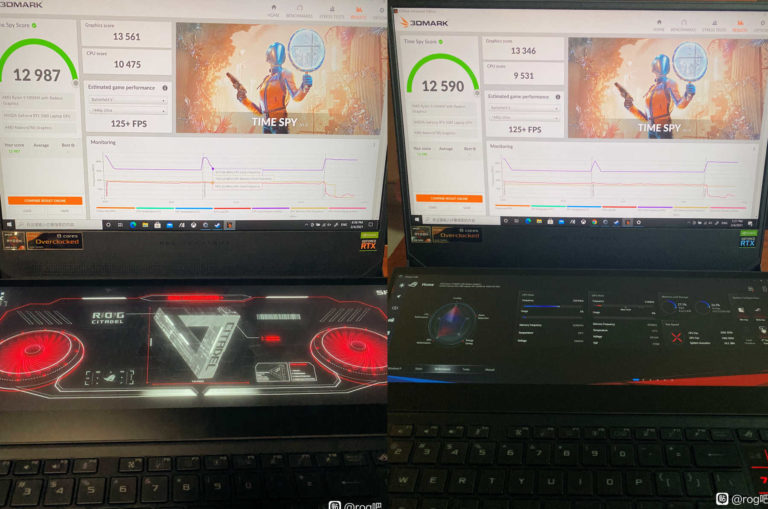 As it turns out the top spots in the 3DMark Time Spy ranking for this GPU are now occupied solely by ASUS ROG laptops with this modification. The Intel-based MSI Leopard laptop can only be seen in the 7th position. 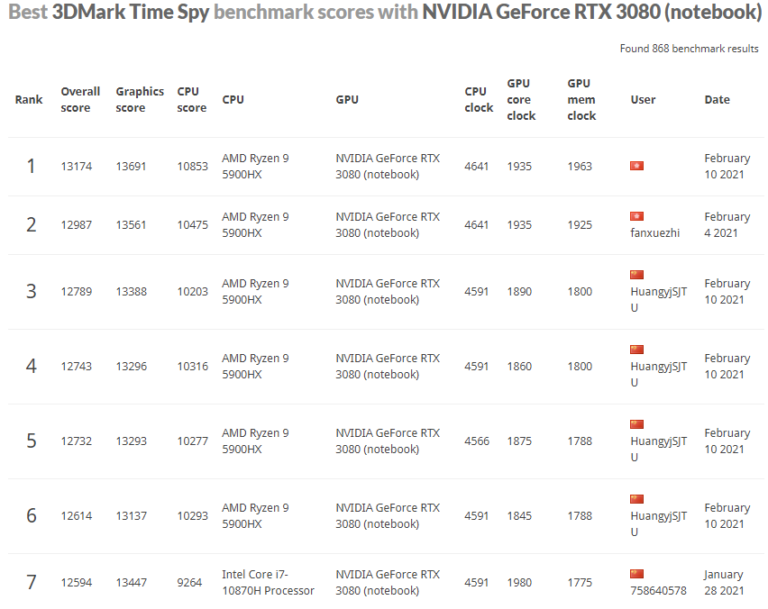 A similarly spec’ed ASUS laptop has been tested by Notebookcheck, who have provided 3DMark Time Spy results in Performance and Turbo modes. The top score in the ranking is 20% faster than the same laptop in Turbo mode.

Don’t try this at home

Naturally, this is not a recommended modification. Laptops are designed to work under very strict conditions, being enforced by thermal or power limitations. Some users report that flashing higher TGP vBIOS might affect the charging capability of the power supply. An increase of just 10 or 20W on GPU could lead to the situation where the power supply not providing sufficient power to charge the laptop. As a result, the remaining battery charge would decrease despite the laptop being technically charged.

After all, there is a reason why Max-Q laptops come with much thinner and lighter power supplies: they are not meant to deliver 150W+ to the GPU alone. That is why RTX 2080/3080 laptops have 200W+ power supplies, some even going up to 330W (eg. Alienware with RTX 2080 SUPER).

It is not recommended to flash custom vBIOSes into laptops for many reasons, but the main being losing the warranty on a relatively expensive product that has no dual-BIOS switch, so this could very much lead to a bricked device.