The laptop features a unique design with two high-quality (and if you pay extra – high resolution) screens. The Zephyrus Duo represents ASUS’s highest tier in the ROG lineup in terms of design, specifications, and price. The company is planning to release a new model featuring Intel’s yet unreleased Tiger Lake-H CPU series.

ASUS ROG Zephyrus Duo 15 SE is a refreshed notebook variant featuring Intel’s yet unreleased 11th Gen Core-H CPU series. At this time we only know about one processor, the Core i7-11370H, which appears to be a quad-core CPU. According to earlier leaks, the processor has a base clock of 3.3 GHz and a turbo going up to 4.8 GHz. The software detects the CPU is detected as Tiger Lake-U for a good reason. The TGL-H35 series is rumored to be a higher wattage series of the TGL-UP3 models. Whether that is actually the case, we don’t know yet.

ASUS might also launch its ROG Zephyrus Duo 15 SE series with 8-core Tiger Lake-H series at some point. However, there have been no leaks with the 45W TGL-H CPUs yet. Those might launch around the first and second quarter of 2021.

However, the fact that the i7-11370H variant has already been certified by Wi-Fi Alliance and even had the display PANTONE-validated, it seems that the launch of this particular variant is much closer than we think. This happens more than a month prior to CES 2021, where we usually see a lot of news on the next-gen mobile CPU series. 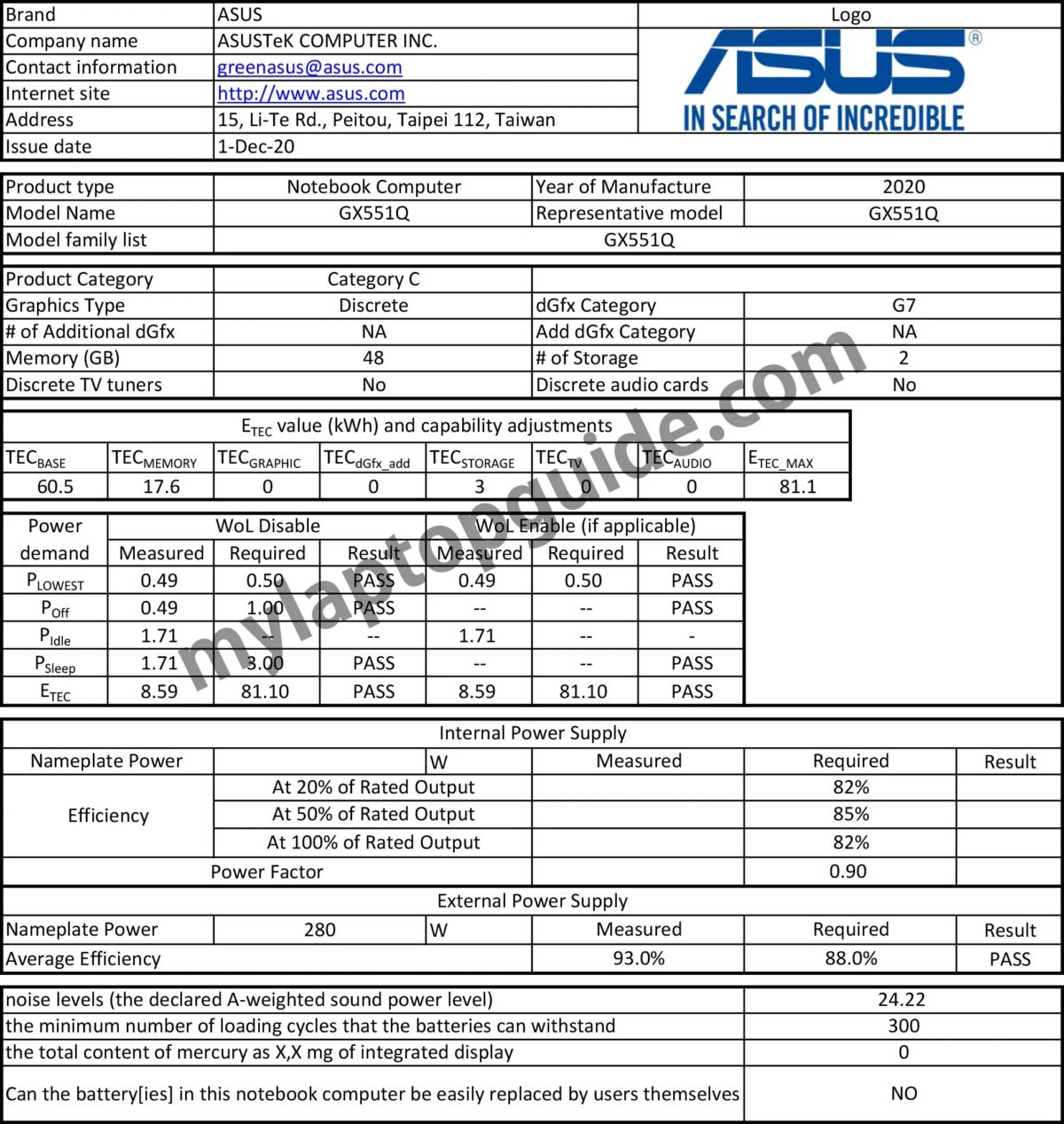 The GX551Q also appeared at Korean Agency for Technology and Standards (KATS), thus we get the first look at the new laptop: 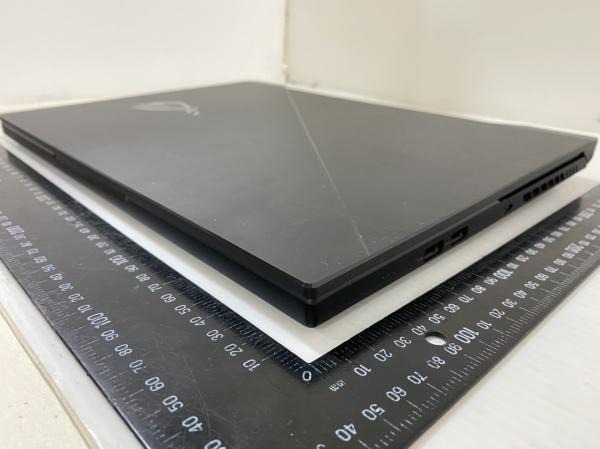 The certification documents confirm that the GX551Q laptop features a discrete GPU, but it does not list which graphics SKU in particular. What is also interesting is the 48GB memory in this model. The 16GB might be soldered to the motherboard, while an additional 32GB could come on a separate SODIMM module. The ROG Zephyrus Duo 15 SE might also have relatively high power consumption, as the power supply is rated at 280W.

The Tiger Lake CPUs will compete directly with the AMD Cezanne (Ryzen 5000H) series, which are expected to debut at CES 2021.

The information on the Tiger Lake-H specifications series is still scarce. What does appear clear is that the TGL-H35 CPUs are limited to 4-core silicon, while the TGL-H(45) will end up with up to 8 cores.