ASUS’ exclusive partnership with AMD on select Ryzen 5000 series processors has resulted in many interesting designs. One of such laptops is ROG Zephyrus Duo 15 SE, featuring two screens.

So far we have only seen Ryzen 9 5980HS on ASUS X13 flow with no HX variant insight, it appears that nearly 8 months since the introduction of the Zen3 processor series, we finally have news on such laptop coming.

LaptopUnderBudget discovered that Newegg lists ASUS ROG Zephyrus 15 Duo SE with Ryzen 9 5980HX processor. This is the fastest Cezanne-H model listed by AMD, which is a direct competitor to Intel’s Core i9-11980HK unlocked CPU. The HX series also means it is an unlocked SKU with a TDP higher than 45 watts. 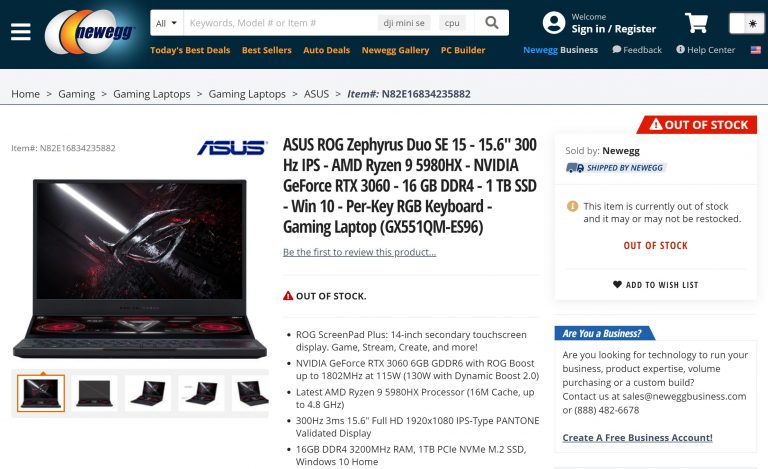 Newegg appears to be listing a new model GX551QM-ES96, which is not even listed on ASUS Website yet. The ROG Zephyrus Duo 15 SE is now available with either Ryzen 9 5900HX or Ryzen 9 5800H processors. The base configurations also differ in GPU options, spanning from GeForce RTX 3060 up to RTX 3080 GPUs (maximum 115W TDP with 130W Dynamic Boost).

Assuming that Newegg’s listing is real, a third CPU option is no coming. This option is Ryzen 9 5980HX. This is the 8-core and 16-thread CPU with a base clock of 3.3 GHz and boosts up to 4.8 GHz, both are the highest frequencies from the whole Cezanne-H lineup. 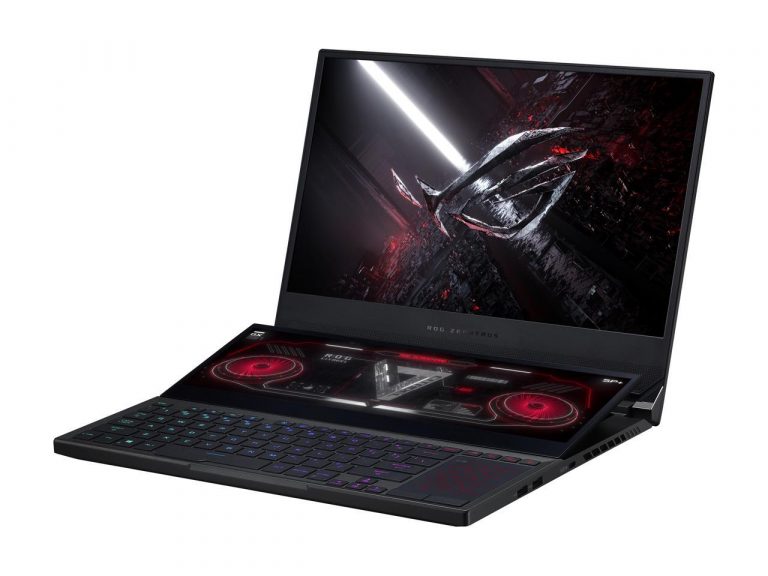 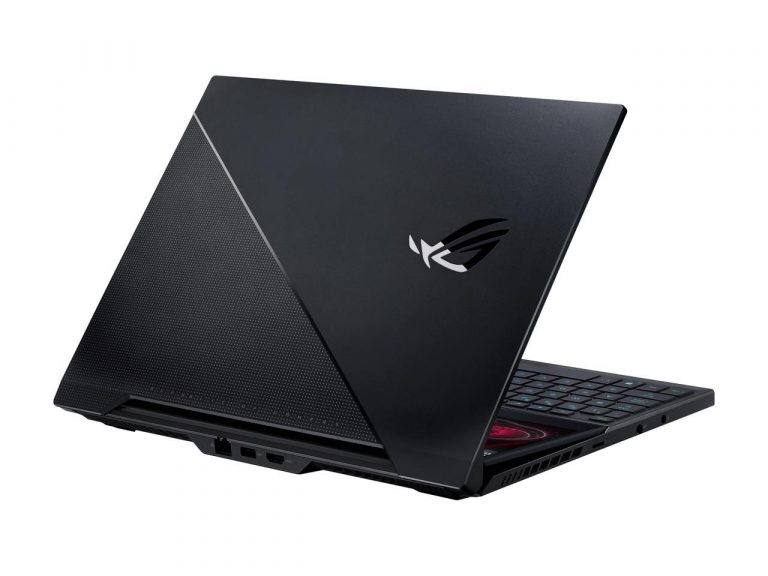 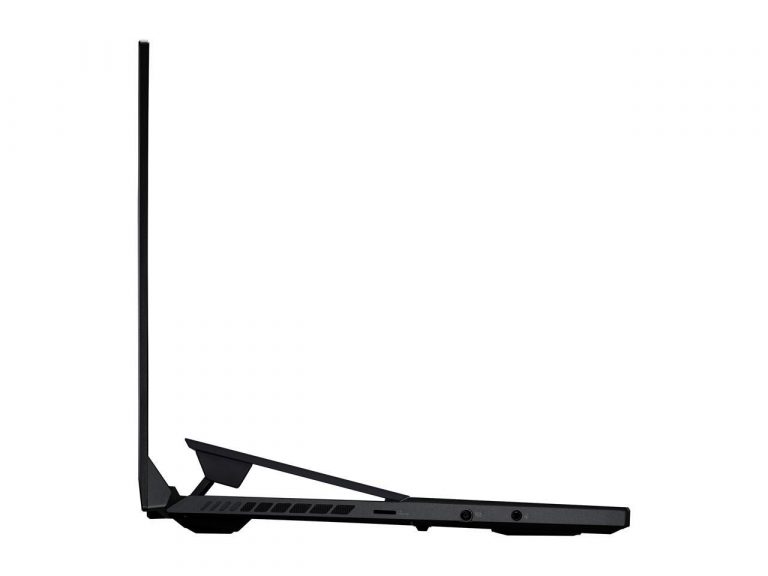 Recently an entry featuring exactly this AMD processor had appeared on Userbenchmark. The processor scored 97 percent in the UB benchmark.

The price Ryzen 9 5980HX equipped model is unknown, the laptop is currently out of stock. What is important to note is that despite featuring the fastest CPU this exact model is not the flagship version. The GPU is ‘just’ RTX 3060 and the primary screen is ‘only’ 300Hz Full HD panel. This laptop series is also available with RTX 3080 and 4K 120Hz panel. Whether such configuration will be available with the Ryzen 9 5980HX too, we don’t know yet.