ASUS ROG Swift 500 Hz is the newest monitor for e-sports, where every millisecond counts. This might not be the best gaming panel in terms of resolution or color accuracy (after all it’s a TN panel), but for competitive gaming those things do not matter as much as refresh rate. 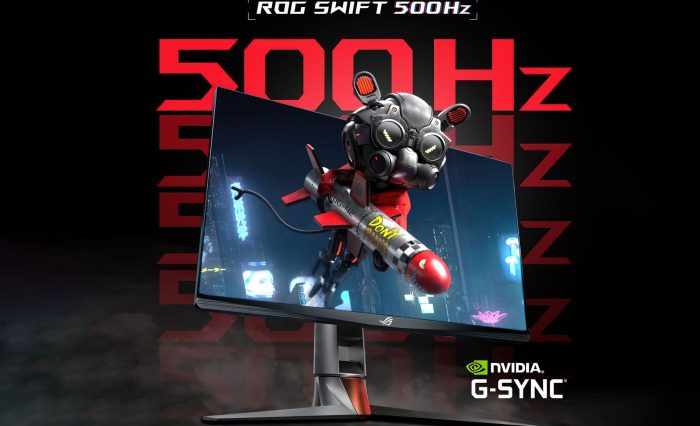 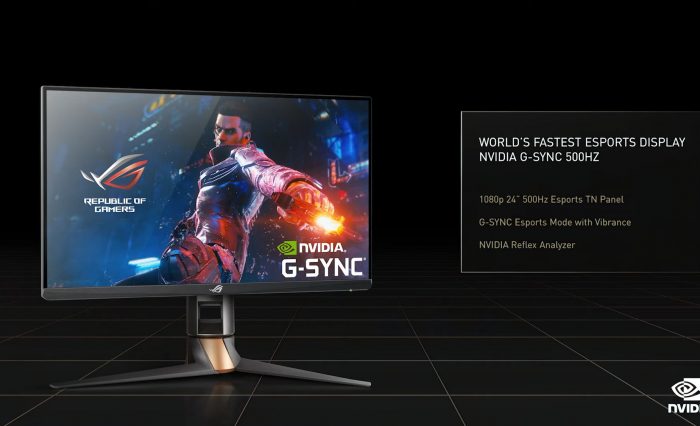 The G-Sync 500Hz is a continuation of the program that started in 2013 when NVIDIA and monitor makers announced the first G-Sync powered displays with G-Sync modules. The 500 Hz refresh rate is the highest thus far, outperforming even the previous G-Sync tier of 360 Hz.

NVIDIA came up with this video comparison showing signs of ghosting even on ultra-fast 240 Hz panels: 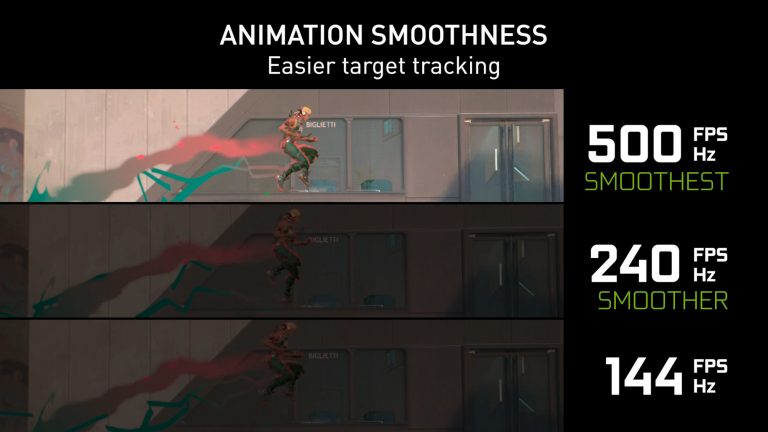 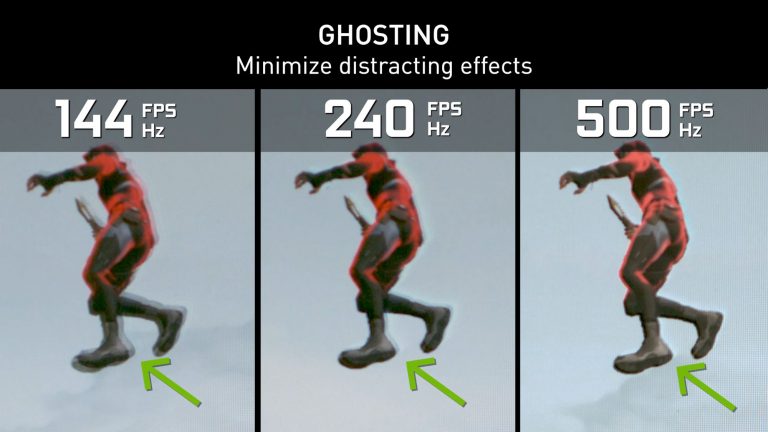 Neither NVIDIA nor ASUS have revealed the launch date and the pricing for this new monitor. One might guess it will not be cheap.

Ever since we revolutionized gaming monitors with the launch of G-SYNC in 2013, we’ve worked with our partners, and panel manufacturers such as AU Optronics, to craft faster and even-better displays. Less than a decade later, we’ve now got G-SYNC gaming monitors and TVs in every combination of size, speed and resolution that you could want, but progress still doesn’t stop.

500Hz G-SYNC Esports displays are even faster, have even lower response times, and are specifically tuned for competitive games such as CS:GO, Valorant, Overwatch, and Rainbow Six Siege. Load up the video below to see how this new, cutting-edge display technology further improves target tracking, and allows competitive gamers to spot enemies even sooner:

Flick over to our COMPUTEX 2022 NVIDIA Reflex article to learn more about Reflex and to see how it helps make you a better gamer. You’ll also find news about the new ACER Predator X28 4K 152Hz G-SYNC gaming monitor, and two new Cooler Master mice that support the NVIDIA Reflex Analyzer.