The packaging featuring ASUS first Z690 motherboard has been leaked.

Surprisingly the first Z690 motherboard to leak from the ASUS lineup is the Mini-ITX board. This relative niche series will soon receive a new version of the ROG STRIX-I series board equipped with an LGA1700 socket for 12th Gen Core CPUs as well as dual DDR5 memory support.

The leak, which supposedly originated at an undisclosed Chinese chat group features three photos, including the packaging, the board itself, and the mysterious design of the M.2 slot. 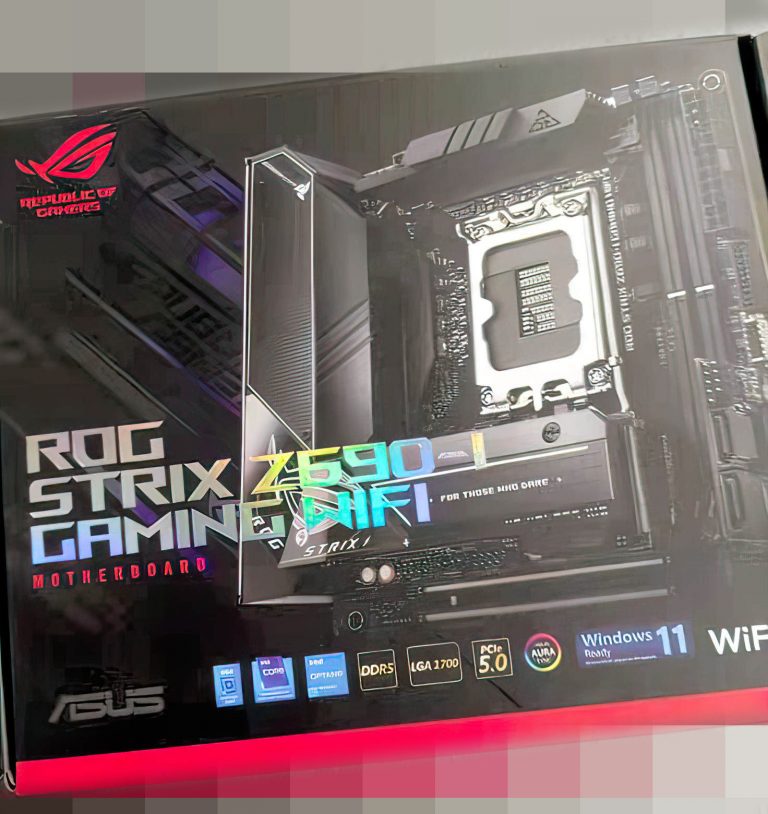 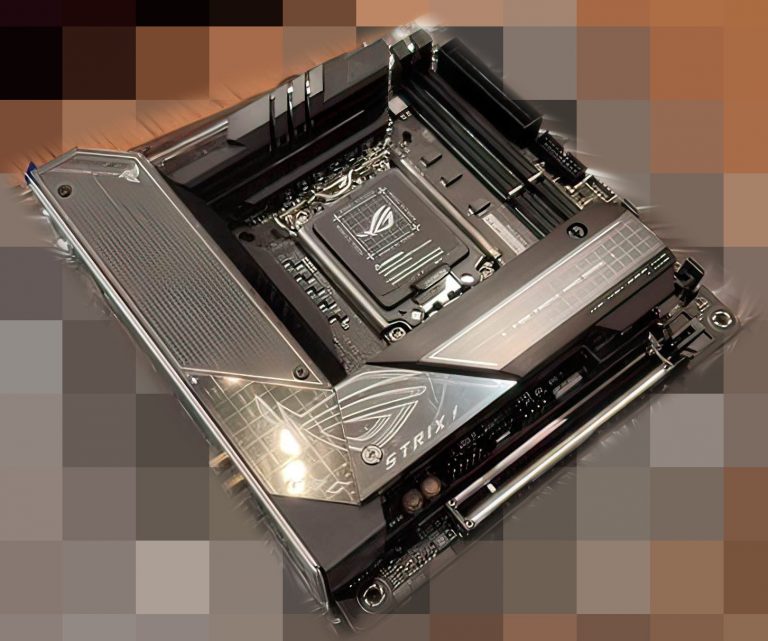 By far the most interesting thing about this leak is the design of the daughterboards installed right on top of the space usually reserved for an M.2 slot. It is hard to tell from this angle but this might be ASUS’ solution to attaching multiple M.2 slots as well as extension ports and audio chipset to such a tiny design.

ASUS Z690 motherboard series is set to launch around November 4th, when Intel officially lifts the sale embargo. However according to previous reports they might go on sale a week sooner (preorders). The board has recently appeared in a retailer leak (here and here) with a price tag of 360 to 451 EUR (without VAT).

Many thanks to Alexey for the photos!