Just hours after sharing ROG Maximus XII information with you, we received another set of slides from an anonymous source. This time specifications slides are focusing on ROG STRIX and PRIME series for the Intel Comet-Lake-S series.

What we’ve noticed immediately is the exclusivity of the SLI support. While all motherboards with at least two PCIe x16 slots support AMD CrossFire, the SLI support has become a premium feature. Sure, this has could’ve been observed with the Z390 series, but some models have lost the support (for instance Z390-H had SLI). So pay attention to what motherboard you are buying if ever think of upgrading your system to dual-GPU configuration.

What is also interesting is that each and every one of ROG STRIX 490 motherboard supports 2.5 Gbe Ethernet connection. This is not the case with the PRIME series, as only PRIME Z490-A has the Intel I225-V network module, otherwise its 1 Gbe connection.

If you are seeking a 10 Gbe connection, then only ROG MAXIMUS XII will have such an option.

Later in the post, we are also sharing details on ASUS Optimem III technology and how new Z490 motherboards support DDR4 speeds up to 4800 MHz. 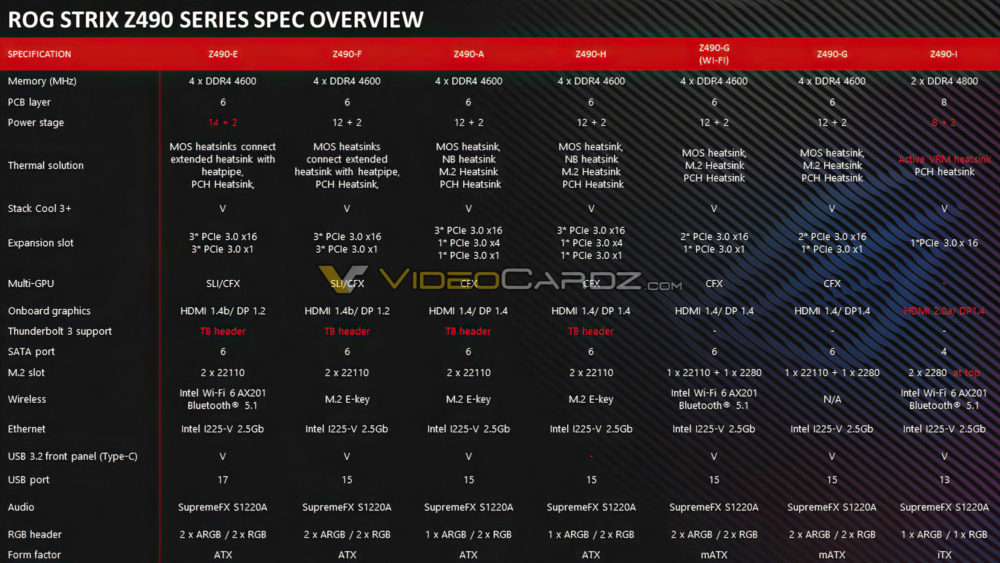 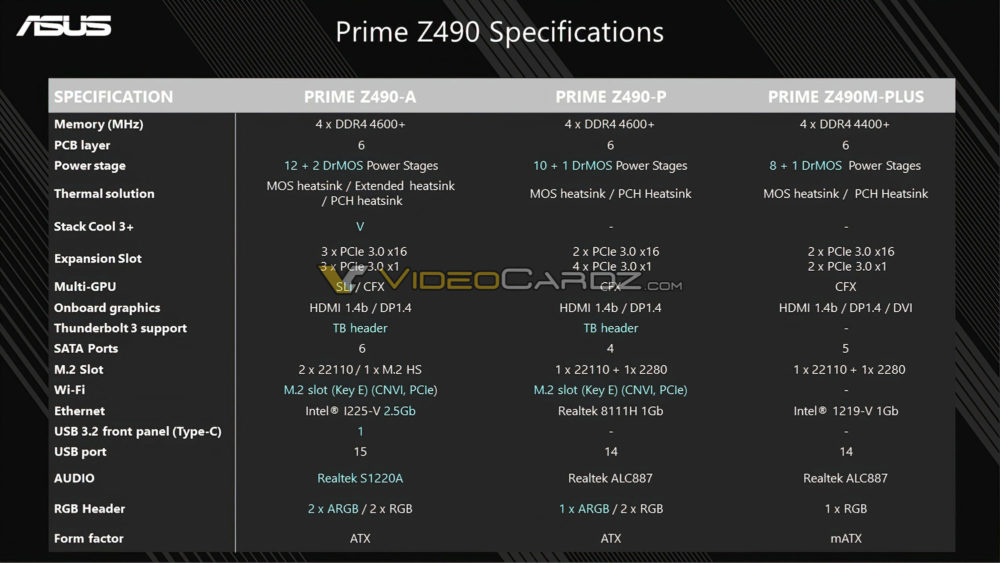 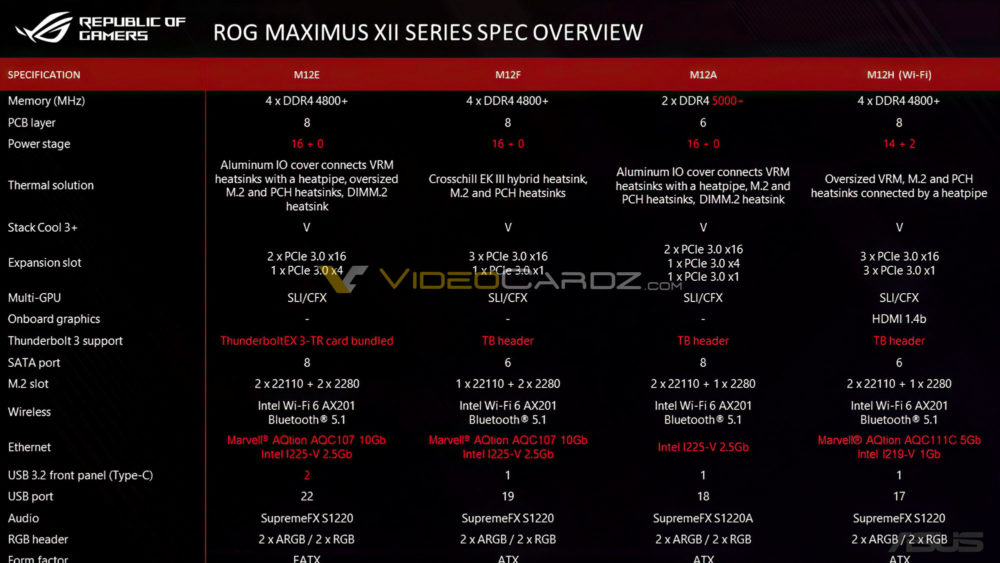 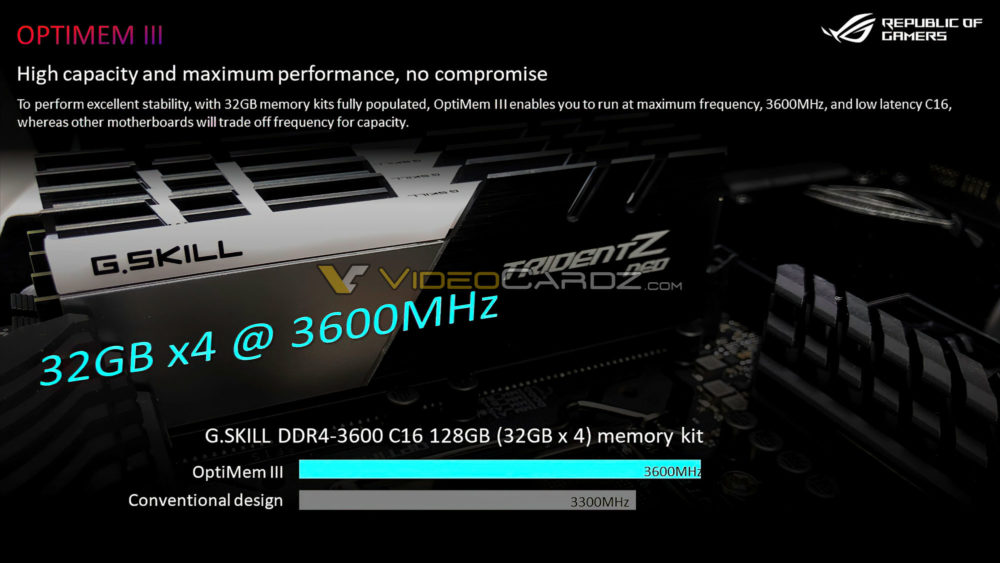 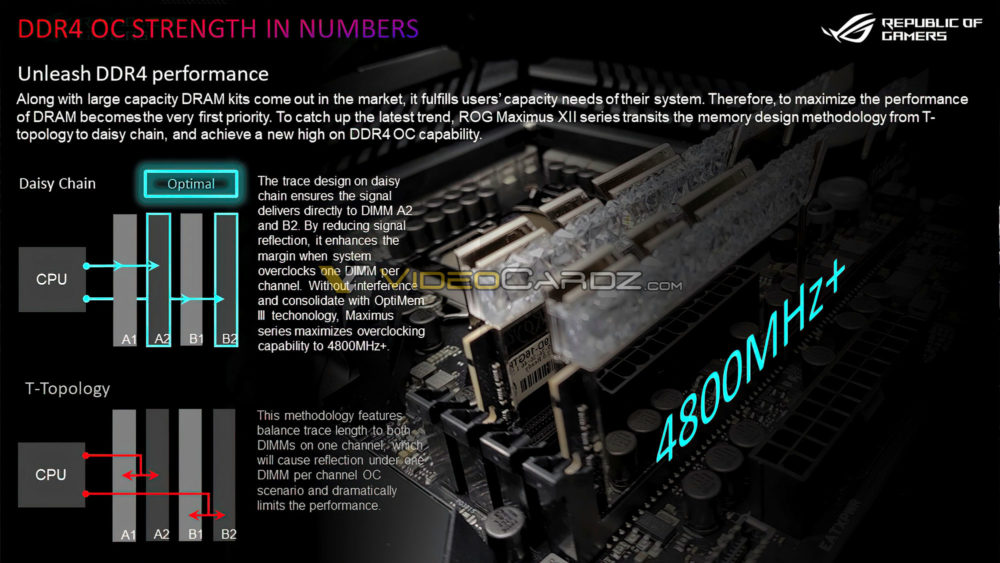 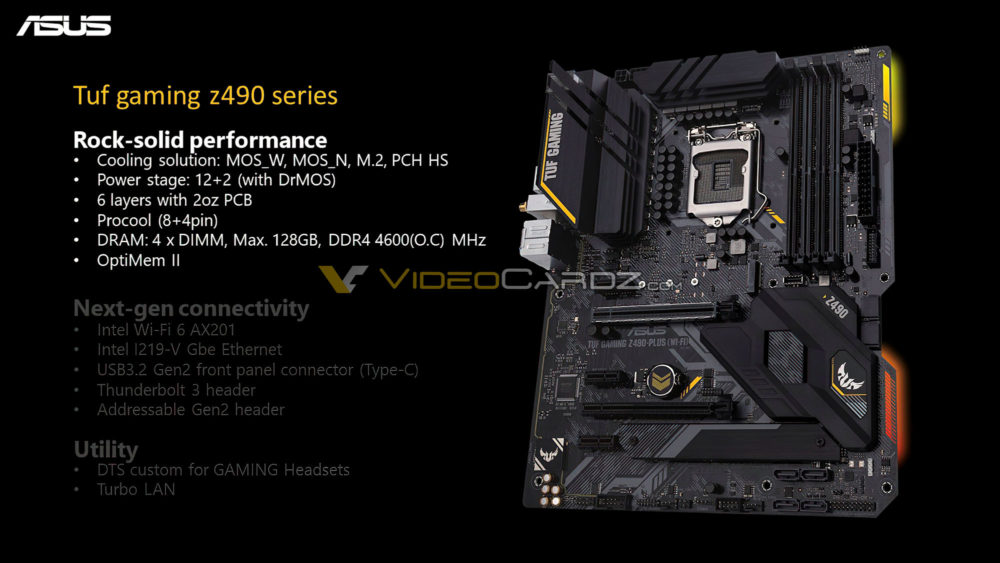