We have got our hands on ASUS’ ROG STRIX RX 5700XT review kit. Here is what you need to know about the flagship ASUS Radeon card.

First things first. The appearance of the ASUS ROG STRIX ultimately confirms the death of the ASUS AREZ brand. The brand appeared as a fallout of the GeForce Partner Program announcement (now canceled in that form). ASUS is abandoning AREZ and will continue to launch Radeon cards with ASUS branding moving forward.

The card is 2.7-slot design and features 11+3 VRM phase design. The card is equipped with dual BIOS and it will matter which BIOS you are running. There are two options: Performance Mode and Quiet Mode. It appears that they only affect fan curvature, but this will undoubtedly affect real-world clock speeds as well.

ASUS claims that their card is 4.7% faster than reference RX 5700XT in 3DMark 11. This number is obviously meaningless and we are not sure why ASUS even bothered to use this ancient benchmark.

There is currently an issue with AMD drivers causing ASUS Fanconnect II and Aura Sync not to work.

ASUS has already distributed review samples to popular media outlets, but from what I heard, the quantity is very limited. 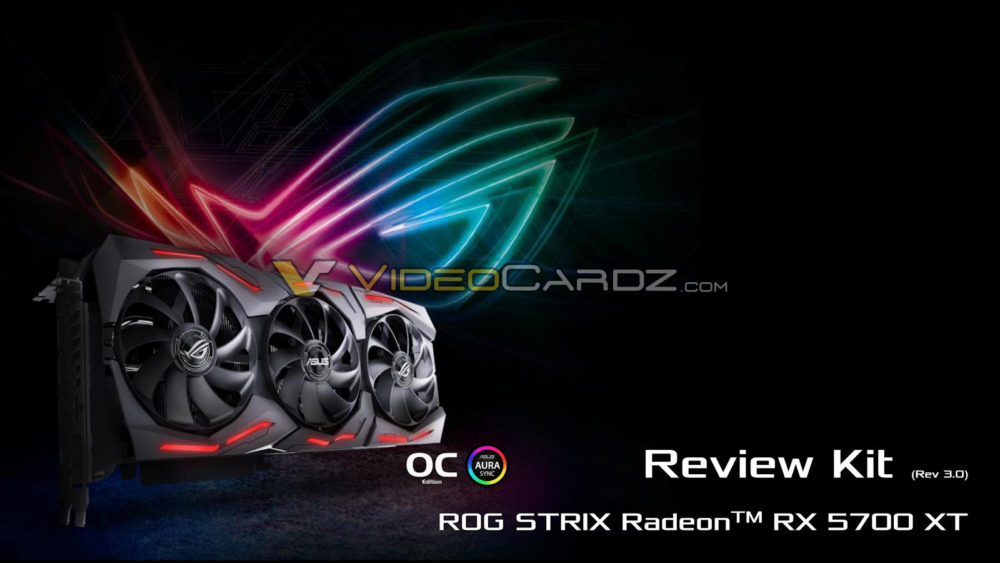 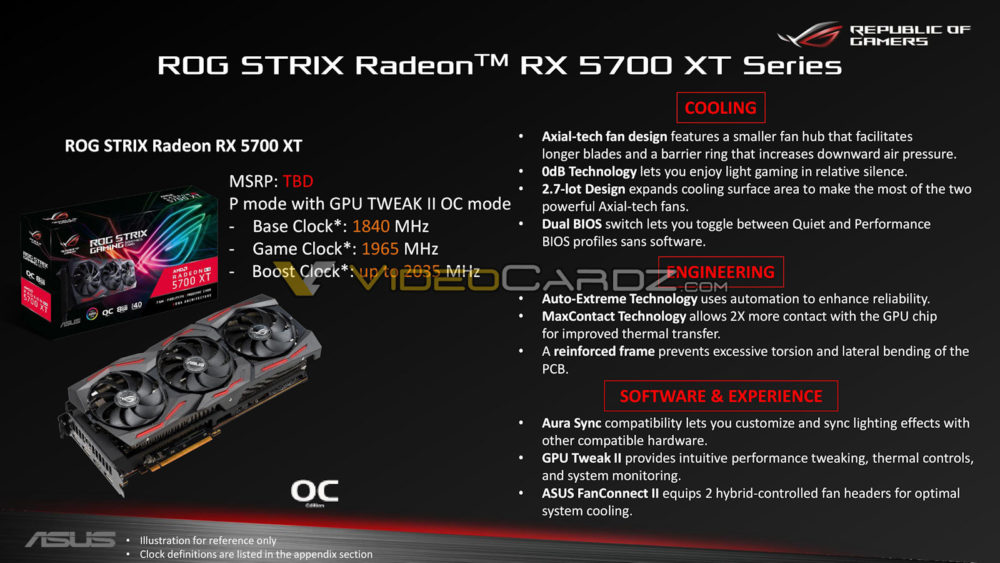 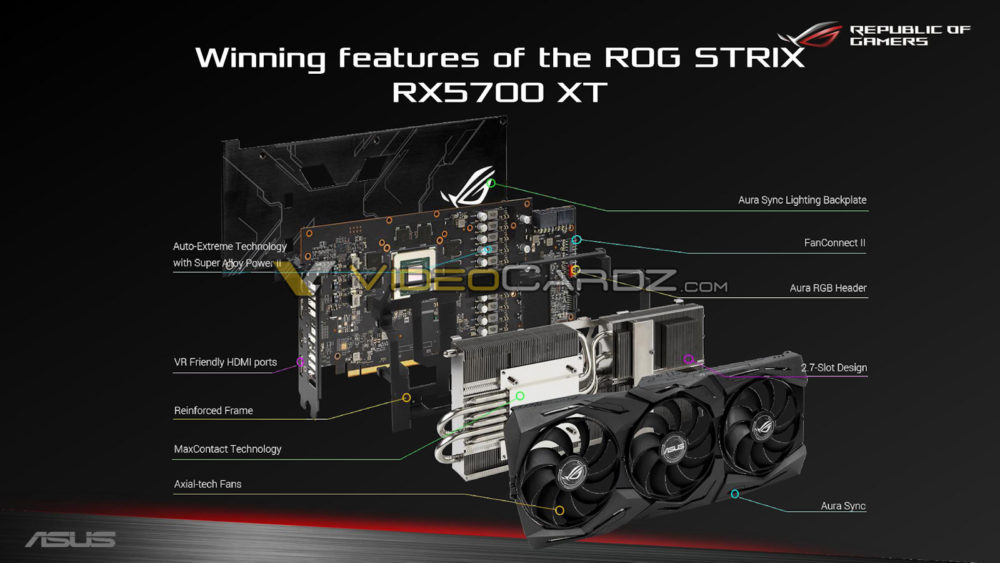 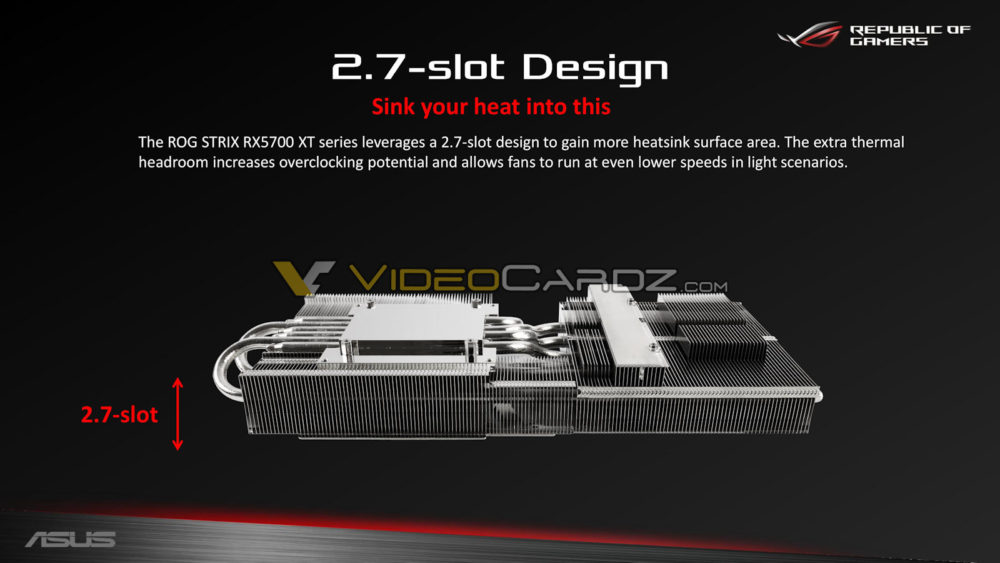 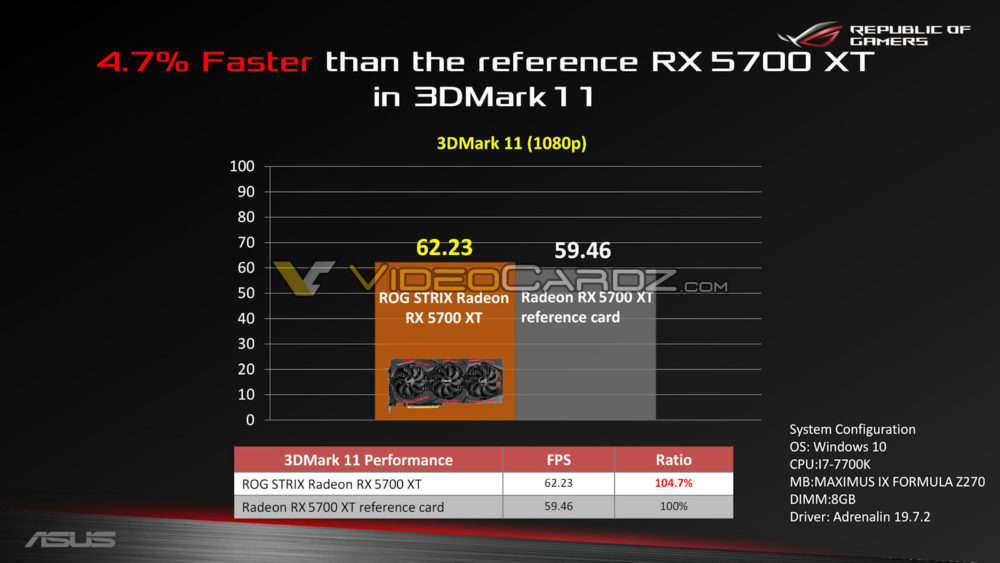 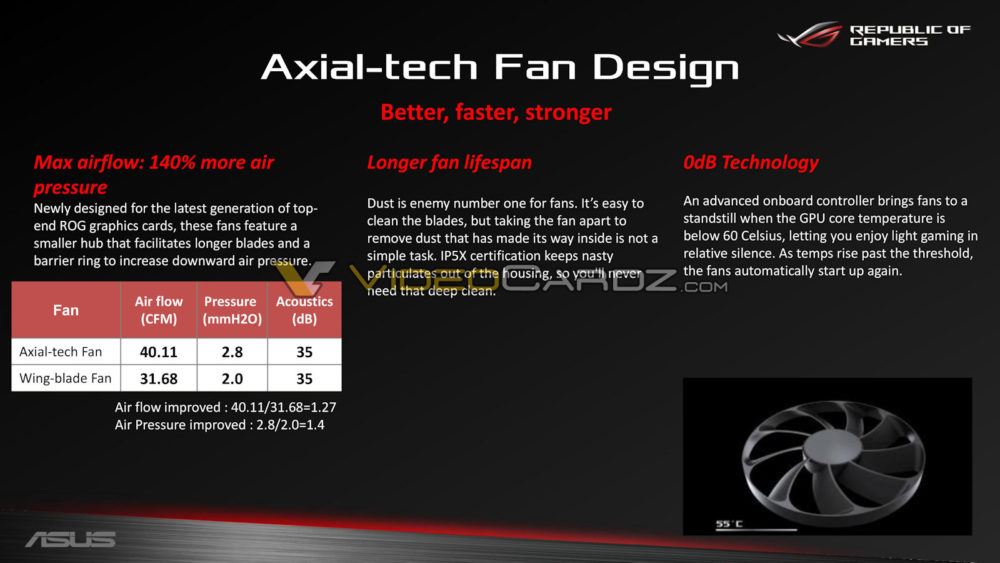 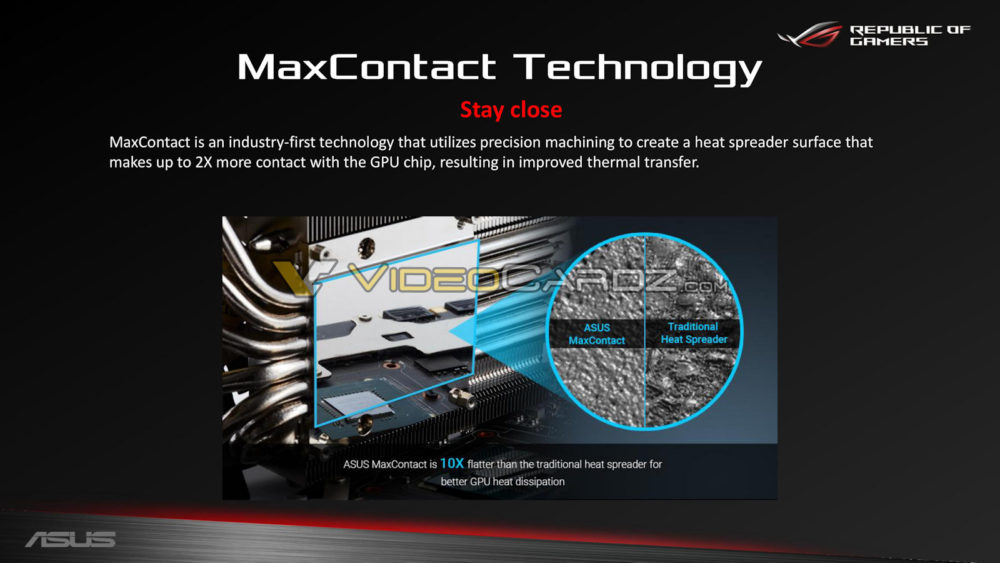 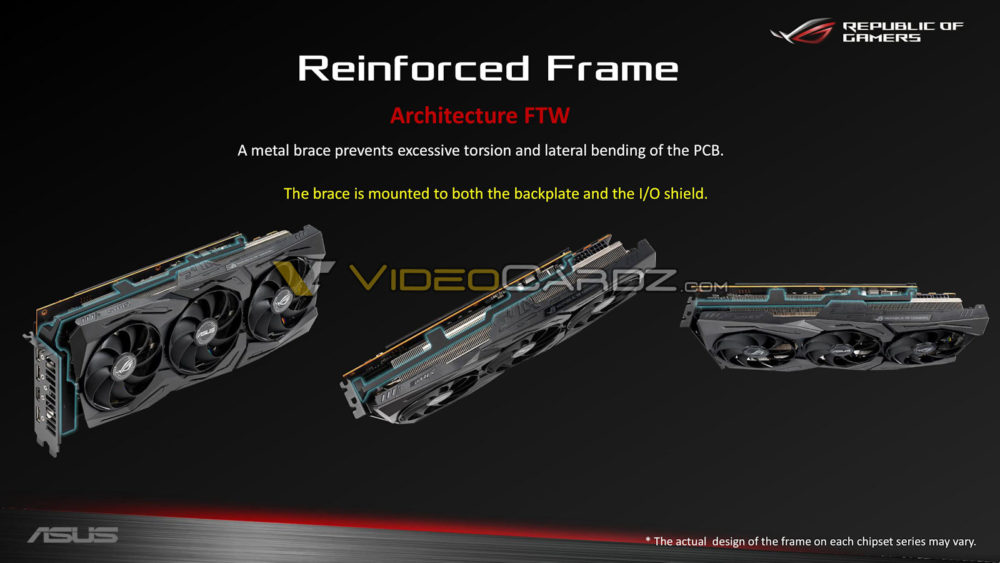 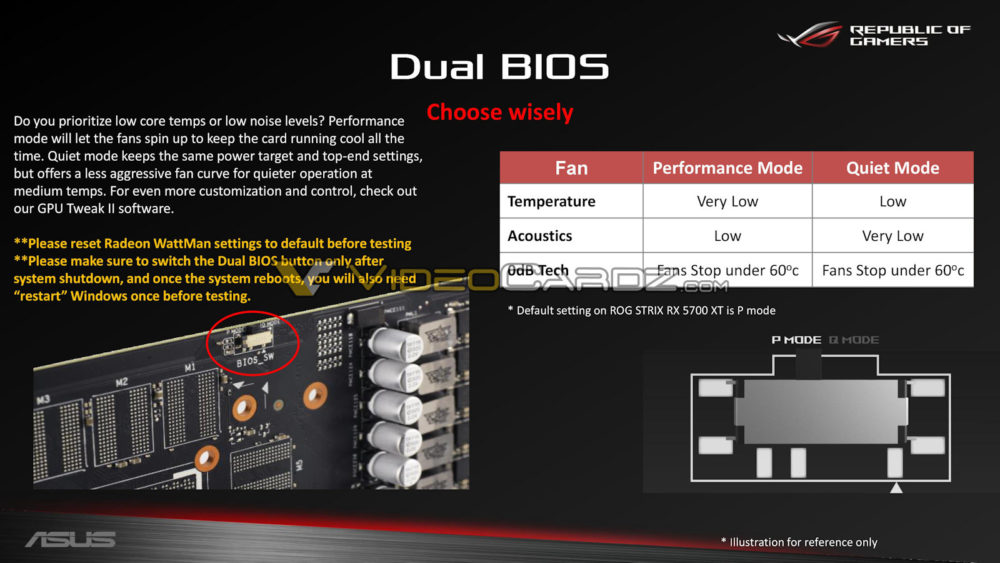 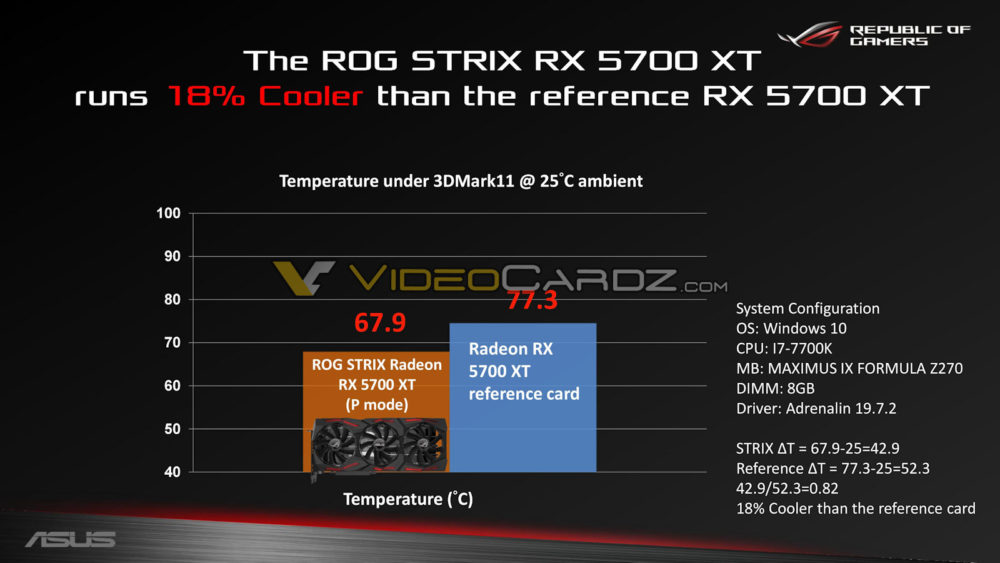 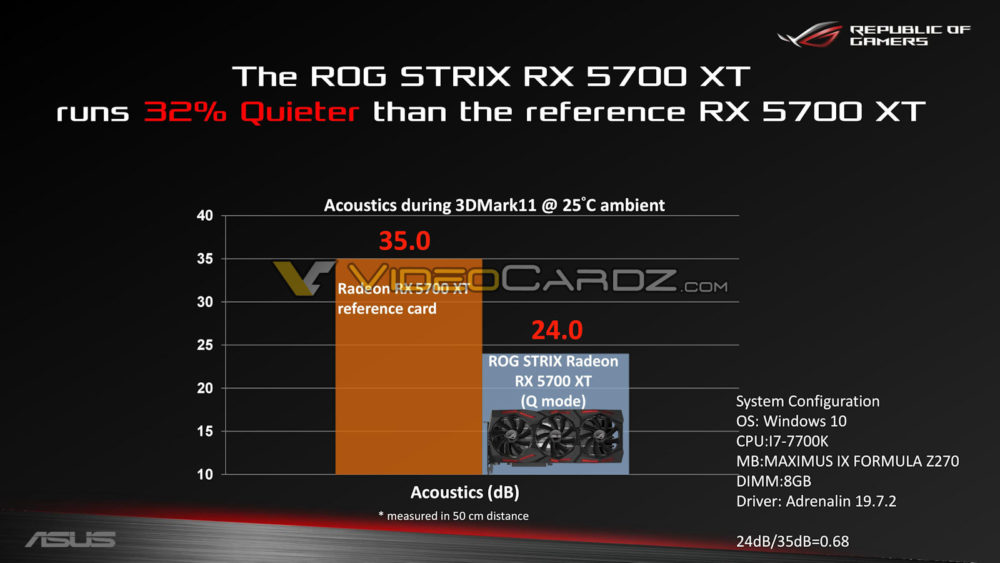 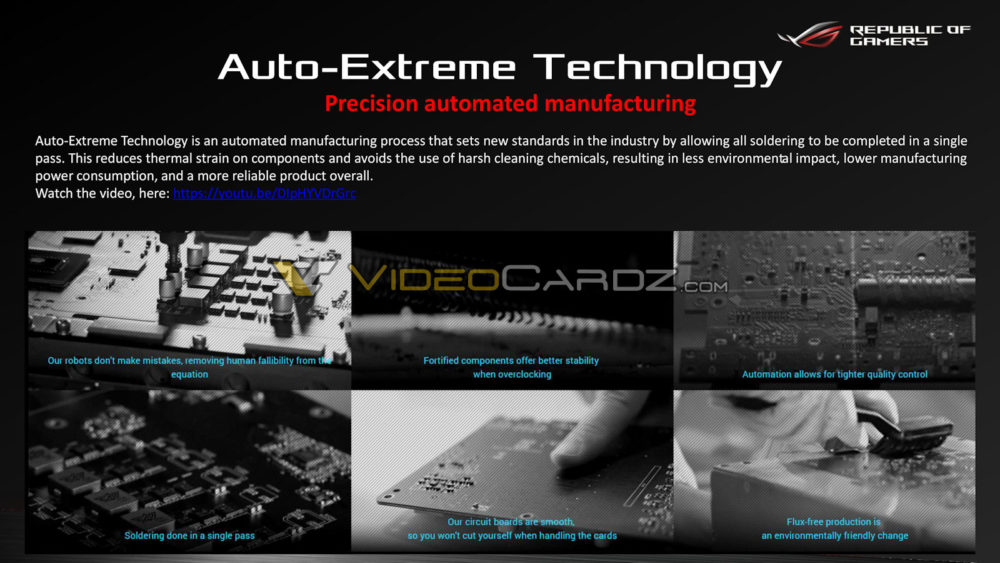 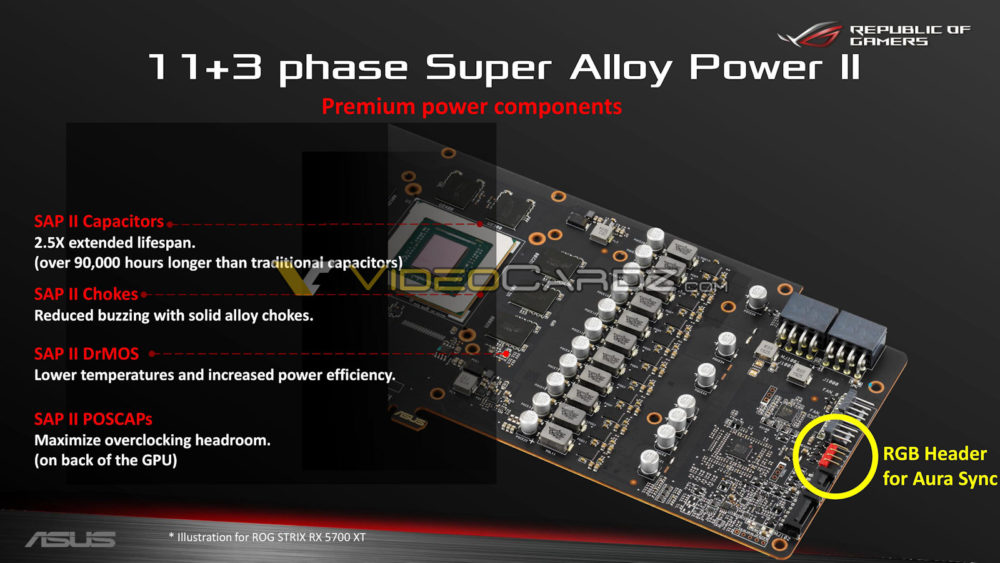 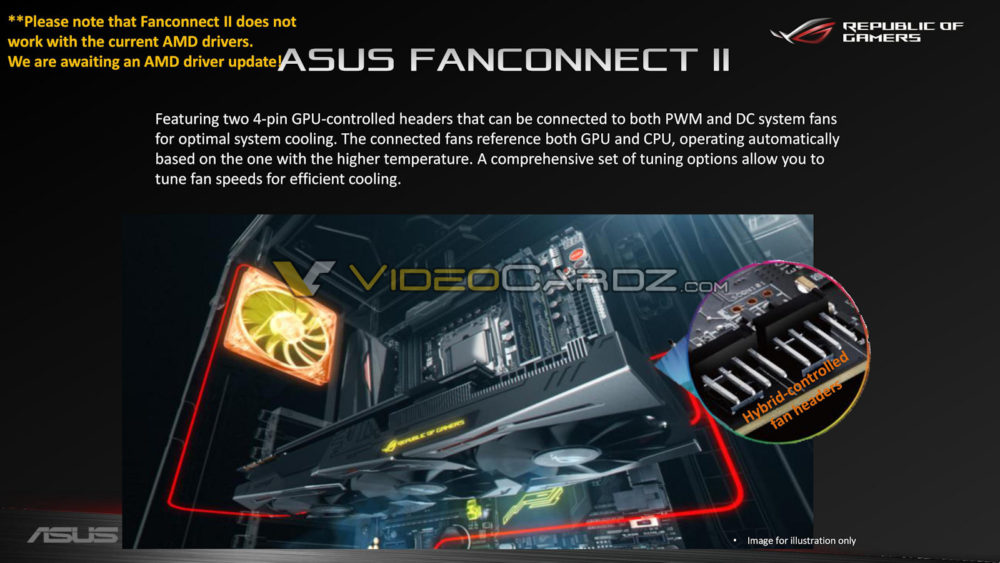 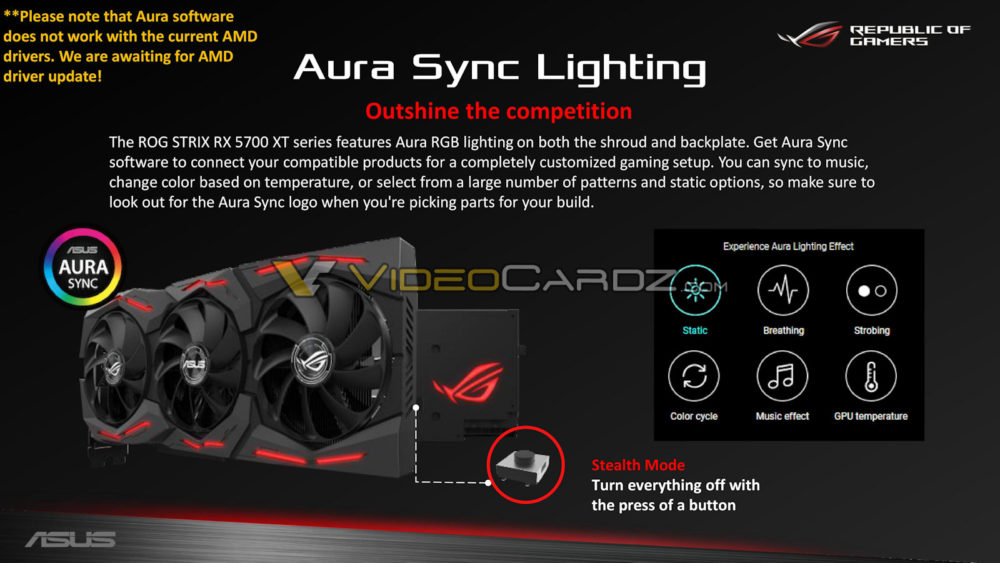 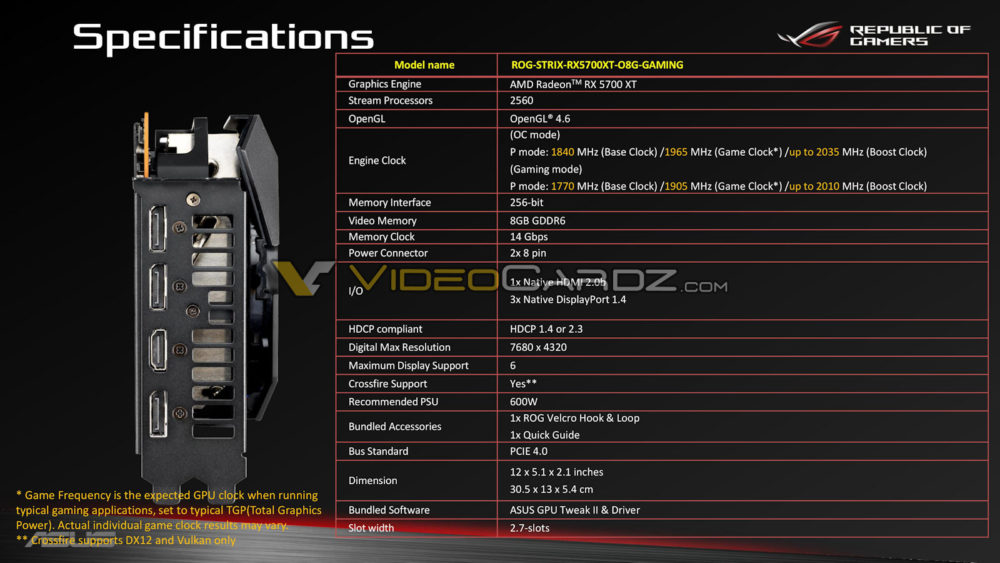 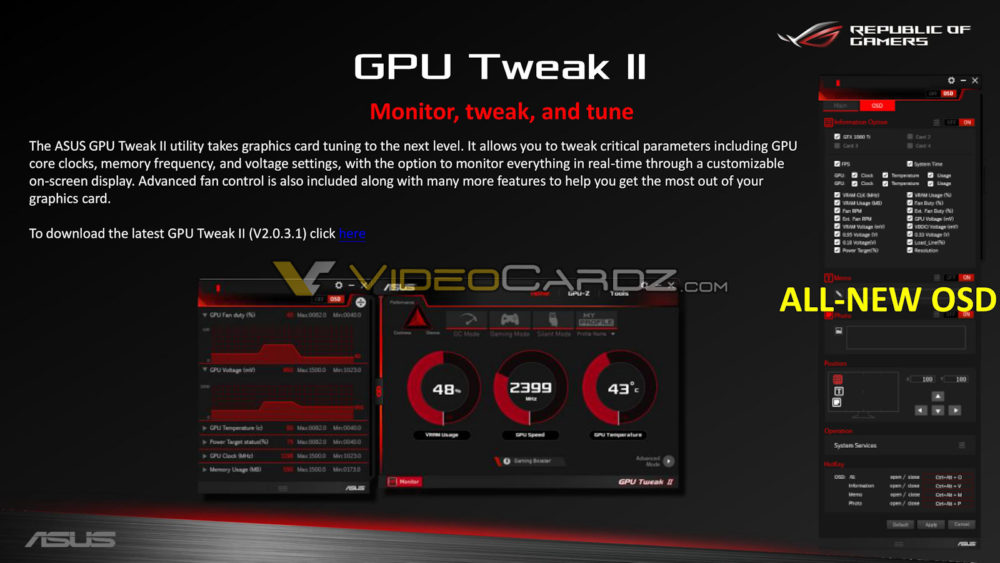 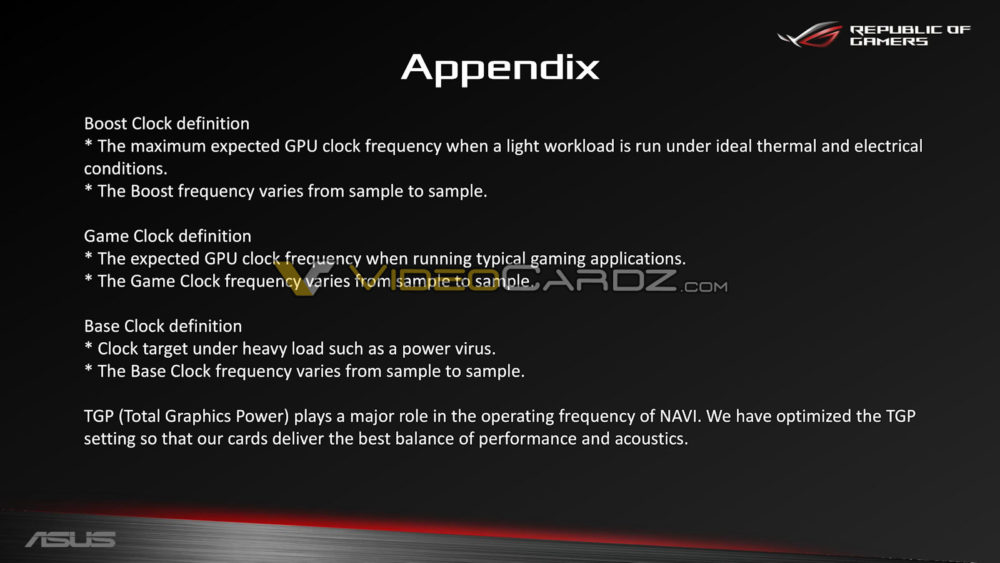