AMD has partnered up with ASUS to launch its flagship Radeon RX 6000M graphics card with a special high-end gaming laptop called ROG STRIX G15. Exactly this notebook has been sent out to many reviewers for a quick review and promotion of AMD’s grand return to high-end laptop graphics. This launch might be compared to the ASUS ROG Zephyrus G14 launch last year when a single laptop was also sent in large quantities to promote AMD’s return to the high-end laptop CPU market.

With the announcement of the Radeon RX 6000M series, AMD has come up with an idea to launch a special Advantage Laptop program that is more or less what Intel EVO is, just for gaming laptops. The ROG STRIX G15 and HP Omen 16 are the first designs to be certified under the program. This certification will ensure that the laptop meets certain criteria, especially in build and display quality, responsiveness, and thermal characteristics. In other words, according to AMD, these laptops are the pinnacle of the Ryzen & Radeon gaming experience.

Meanwhile, Jarrod’s Tech discovered that STRIX G15 has a similar problem to recently tested Lenovo’s Legion 5 Pro. This laptop had low-quality stock memory, which had high secondary timings. After replacing the memory with identical configuration, speed, and CAS latency, but with lower secondary timings, the performance boost was visible almost instantly. 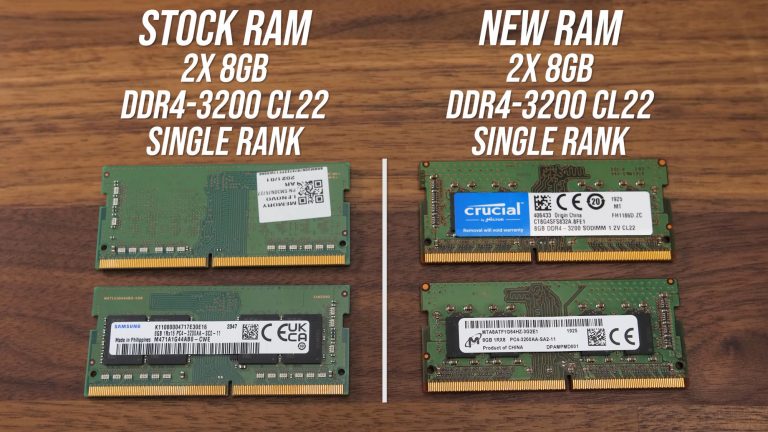 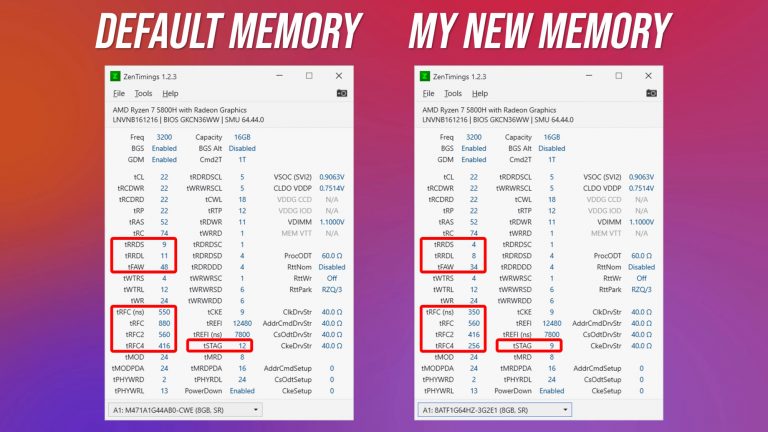 Jarrod confirmed that ASUS ROG STRIX G15 has the same issue, with performance crippled by high secondary timings.  Furthermore, he discovered that the discrete GPU (Radeon RX 6800M) is also underperforming because the display signal is routed through the integrated graphics. Unfortunately, this laptop has no GPU switch that would allow choosing which GPU has a priority to send the image to the display. This, however, can still be tested by attaching an external display to the display connector, which is only attached to the discrete GPU: 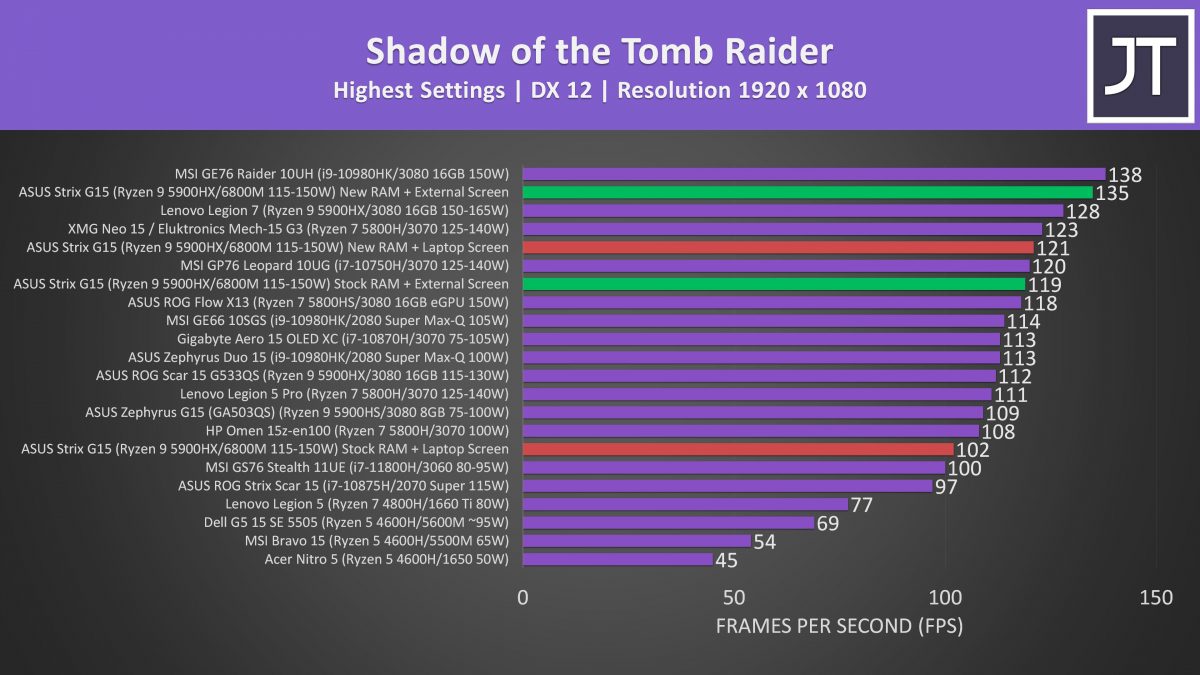 Jarrod is still working on a full video with more comparison charts. Should that video go live, we will include it in this post. In the meantime, check his review of the laptop with stock settings:

Check out what the RX 6800M could have offered in the Strix G15 Advantage Edition if ASUS could get better RAM + allowed us to disable the iGPU ? pic.twitter.com/Lgb8LuNLyb