The cooler is a successor to RYUJIN 240, which offered a similar radiator and fan design. It was the first ASUS cooler that came with a LiveDash OLED screen, although it was rather small (1.77-inch). The successor will feature a much larger display. The RYUJIN II comes with a 3.5-inch display, the same size as iPhone 4.

ASUS did not reveal any details on the new cooler, such as pricing or release date. It is worth noting that the current model debuted with a price tag of 220 USD or 190 GBP. The RYUJIN series is indeed very expensive, and the new model featuring an even larger screen is not expected to cost any less.

Yesterday Juan Jose Guerrero III who is ASUS Technical Marketing Manager shared a new photo of the cooler already installed in a case. The cooler is mounted on a Z590 ROG Maximus Z590 Hero motherboard. No RGB lighting was enabled on this photograph, showcasing the stealthy appeal of the whole setup: 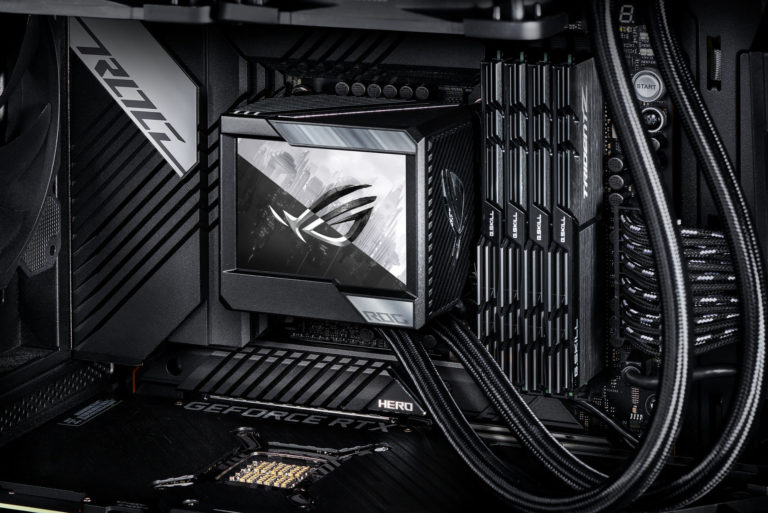 The predecessor already came with an OLED screen: