According to fresh CPU-Z validation, ASUS is developing a ROG STRIX G15 gaming laptop equipped with Ryzen 9 5900HX CPU and Radeon RX 6800M GPU. The validation confirms previous rumors that the GPU features 12GB of memory. This marks the first time ASUS will be offering a laptop equipped with both high-end AMD mobile CPU and high-end AMD mobile GPU.

AMD Radeon RX 6800M is rumored to be the flagship model from the upcoming RDNA2 mobile series. This SKU would feature a full-fat Navi 22 GPU with 2560 CUDA cores, according to previous rumors. Should the mobile graphics card also feature 12GB GDDR6 memory, it would match the specifications of desktop Radeon RX 6700 XT, which just released last month.

The product code G513QY confirms this is an ASUS ROG STRIX G15 laptop, which is already being offered with Ryzen 9 5900HX CPU and NVIDIA RTX 30 GPUs. The G513QM variant features RTX 3060 Laptop GPU whereas QR is offered with RTX 3070 SKU. So the QY variant that was just spotted would be exclusive to Ryzen 9 5900HX & Radeon RX 6800M configuration. 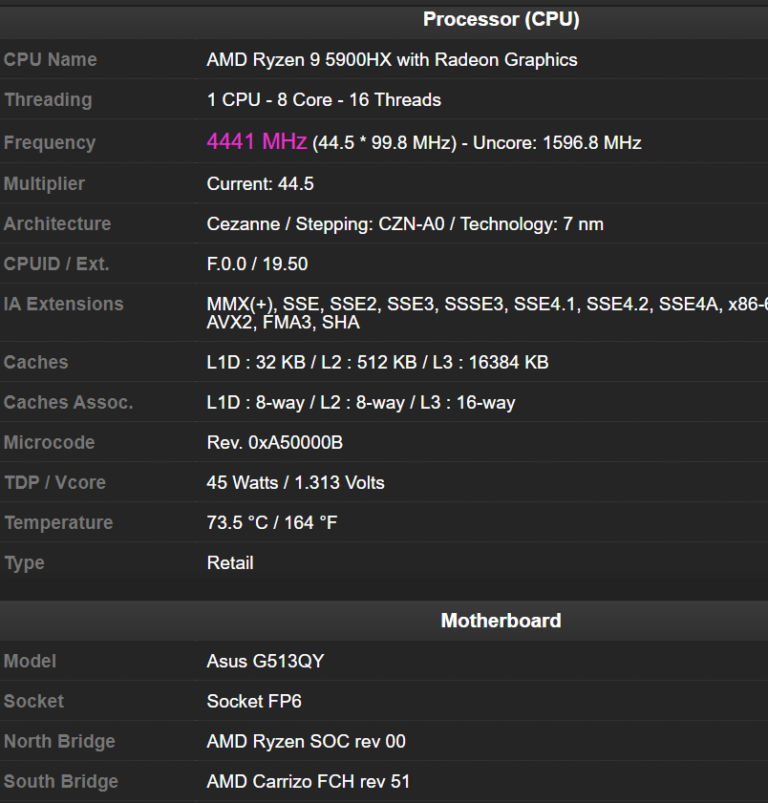 The BIOS information indicates that the laptop is currently being evaluated by ASUS themselves, rather than 3rd party. The BIOS was built on March 19th, confirming how fresh the leak actually is. AMD has not confirmed the launch date of its next-gen mobile Radeon lineup yet, but it is likely that AMD might try to spoil Intel Tiger Lake-H Q2’2021 launch with its big GPU announcement.