The discovery was made by Reddit “eyeoncomputers” who literally had eyes on a new MiniPC featuring AMD Ryzen 6000 series. 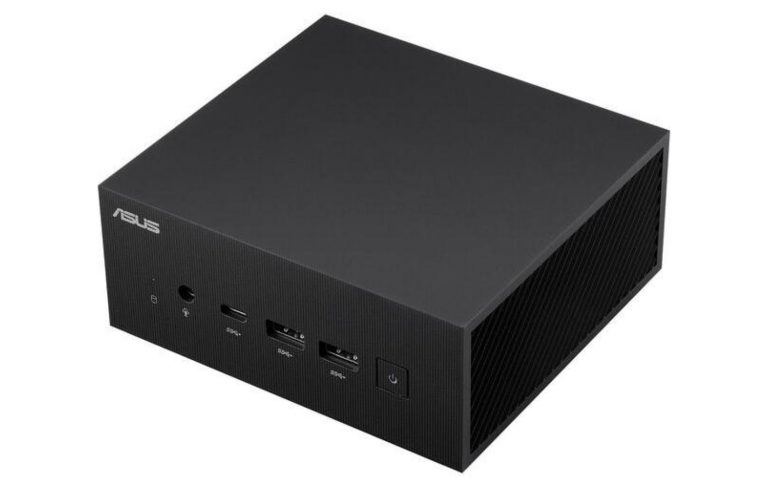 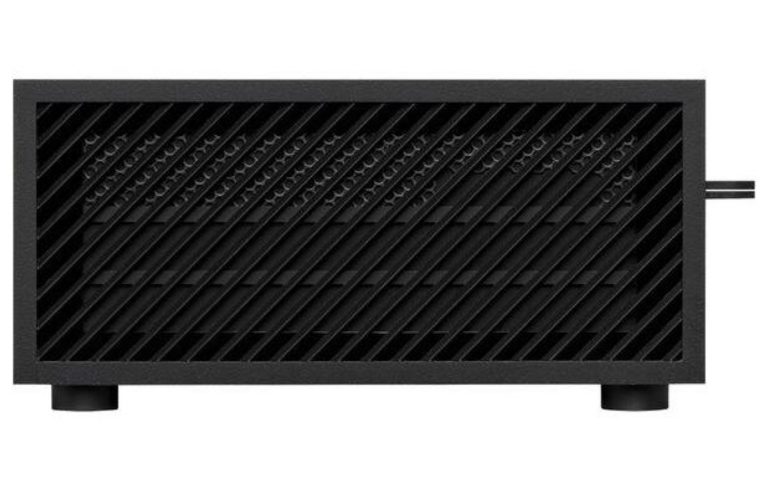 Redditor found that ASUS is preparing a new VIVO PN53 system featuring 6000H-series processors and are, in fact, already listed by some retailers. The system will be available either as a barebone or already equipped with memory and storage.

What is important to note is that this will AMD’s first Mini-PCs with DDR5 memory (even some Intel NUC 12 still don’t have it). This is simply because Ryzen 6000 series do not support DDR4. Furthermore, VIVO PN53 is equipped with the latest 2.5G Ethernet and WiFi 6E and networking (either Intel AX211 or MediaTek MT7922).

The VIVO PN53 has USB 3.2 Gen2 Type-C connector that supports Power Delivery and DisplayPort 1.4 standards. It also has two HDMI 2.0 outputs (not HDMI 2.1), but there is an option to configure one rear I/O slot with HDMI 2.1, VGA, serial or additional Ethernet port. There is no sign of USB4, though. Definitely, customers will need to pay attention to the exact system configuration they are buying to ensure it meets their criteria. 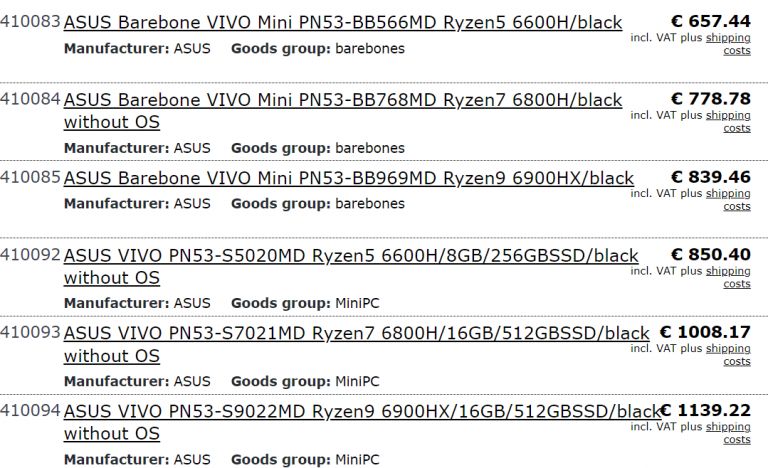 Unfortunately, there are no photos of the PN53 system yet, but there is a good chance it will look very similar to the PN52 with Ryzen 5000 (pictured above). The pricing appears to be similar as well, with around 50 EUR higher price for AMD Rembrandt.