Intel Arc A380 GPU, the first desktop card from the Alchemist series is now available in three new prebuilt systems.

The A380 had an initial launch for system integrators in China in late June. But it wasn’t until early July before we started seeing custom GUNNIR Photon cards reach the DIY market. It looks like the third stage, which is a global OEM launch, is now taking place.

According to hardware leaker @momomo_us, MSI is now listing a system equipped with Intel 12th Gen Core CPUs and A380 desktop GPU:

Intel’s desktop cards are to be offered alongside relatively low-performing cards such GeForce GTX 1650 or GT 1030 DDR4. MSI is not confirming the memory spec for these Arc A3 cards, but we already know that the A380 features 4GB by default. The A310, on the other hand, has only seen one exposure thus far, but it should also sport 4GB.

Furthermore, we have two new prebuilt PC from ASUS. The ExpertCenter D7 Tower is equipped with up to Intel Arc A380 graphics, and it is advertised as a quiet and easy to maintain system for business. The ROG STRIX GT15 is a completely different beast though, equipped with up to GeForce RTX 3080 graphics or alternatively, Arc A380 GPU. Make no mistake though, this is a gaming system, so the A380 listed here especially alongside RTX 3080 is surprising, to say the least. 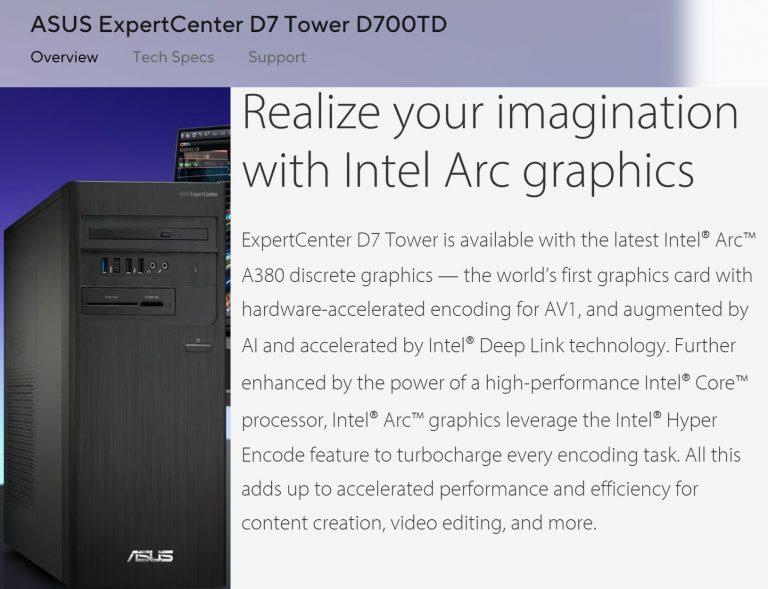 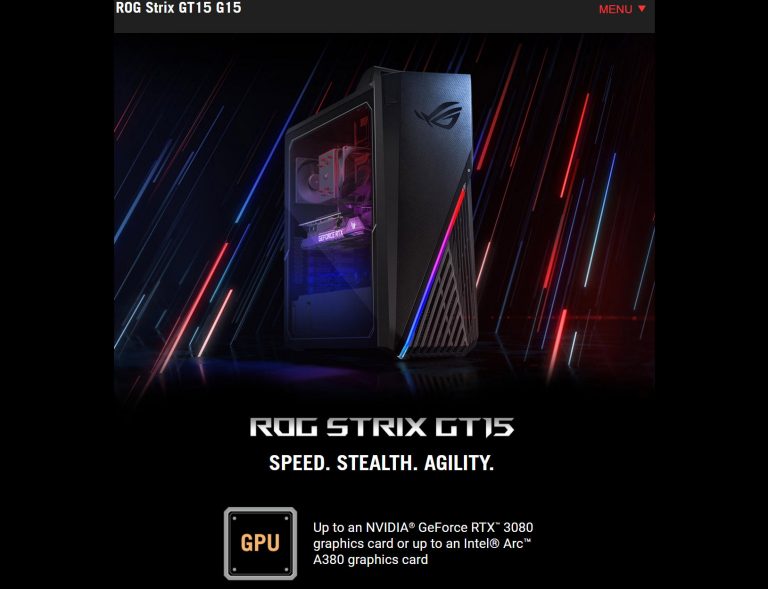 Both ASUS systems are now listed on the official website, whereas the MSI desktop is likely to launch soon as well, given that the datasheet has now been leaked. It is also worth reminding that MSI was among the first to offer A380-equipped PCs in China.