ASUS GPU Tweak is among the few apps that support both NVIDIA and AMD graphics cards.

Although this application is designed for graphics cards made by ASUS, some functionality will be preserved for cards from other vendors. It’s a tool that allows GPU monitoring, overclocking and maintenance. For ASUS models, this obviously means support for built-in OC profiles and 0dB fan control. 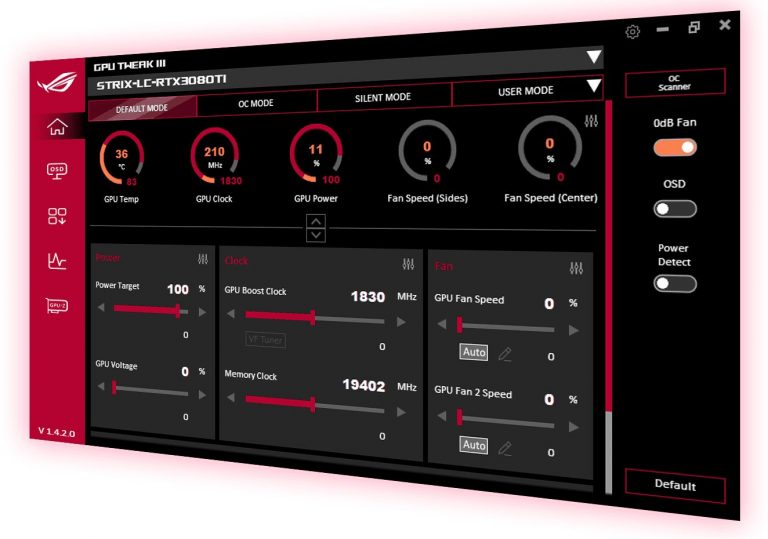 The 1.5.0.0 version which launched as GPU Tweak III adds a brand new user interface, translations to new languages, but also tooltips for select buttons and interface elements. Furthermore, new GPU Tweak will now have access to additional NVIDIA GPU metrics, such as FPS Metric or Render Present Latency. There are changes to the on-screen overlay (OSD) as well. It will now support multi-GPU configurations and allow users to modify the background. 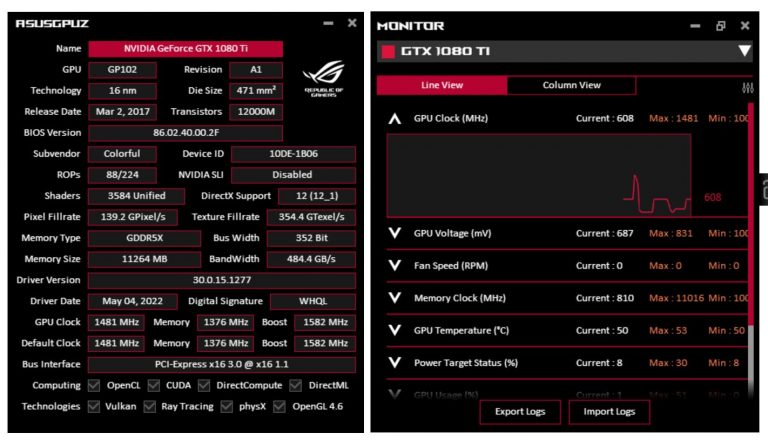 Interestingly, the changelog also mentions that ASUS RTX 30 Evangelion graphics card is installed the software will switch to a special custom theme dedicated to the series.

ASUS is currently running a giveaway related to the new software release. ASUS fans can win ASUS ROG STRIX RTX 3090 Ti Liquid Cooled graphics card along with ROG Thor 1000W power supply. It does not require any social media activity (like/subscribe), only answers to some questions, so definitely worth a try!

Note that many systems in GPU Tweak III have changed substantially with this release, so while adjusting some functions, small bugs may have been fixed and behavior may have been tweaked. This set of patch notes covers the most impactful and directly noticeable changes.