Following a successful launch of ASUS ROG STRIX series GUNDAM-themed series, the company is now releasing a new series based on anime-mecha story EVANGELION. It appears that fewer products will be available this time around, but more importantly, there is a new graphics card coming.

ASUS chose GeForce RTX 3090 non-Ti model, which is using ROG STRIX OC design (ROG-STRIX-RTX3090-O24G-EVA). This is actually a fourth variant of this model, but this time featuring an entirely different color scheme of green of purple. 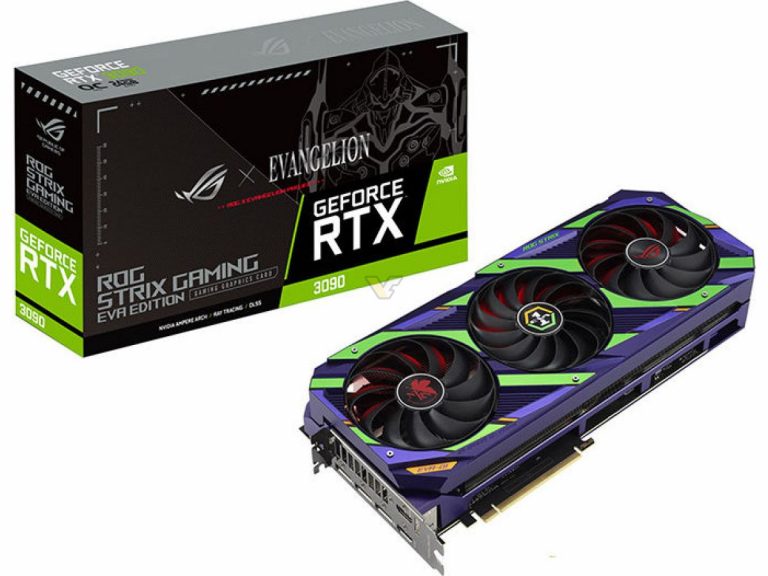 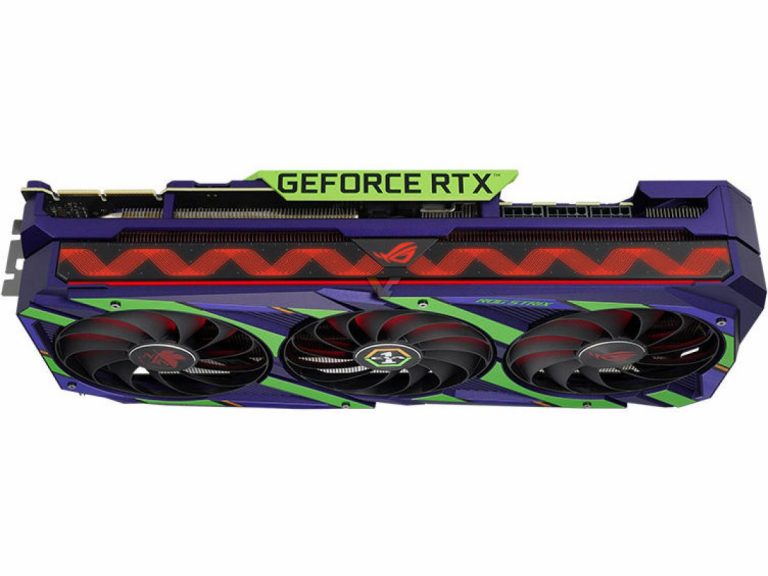 In terms of specs, those are not listed yet, but it is very likely that EVA Edition will ship with the same clocks as other ROG STRIX variants, which is 1890 MHz boost clock. At least this was the case for GUNDAM and ROG STRIX WHITE editions.

Thus far, ASUS has not announced this model anywhere, but the CoolPC store appears to be taking first preorders already. According to the site, only 15 cards will be available and each will cost 63,990 TWD, which is around 2,173 USD.

The RTX 3090 ships with GA102 GPU and 24 GB of GDDR6X memory. Being based on RTX 3090 non-Ti means that instead of a single 16-pin power connector, the EVA edition will use a standard configuration of three 8-pin connectors. And just in case somebody manages to buy two of these cards, the NVLink connector is there. 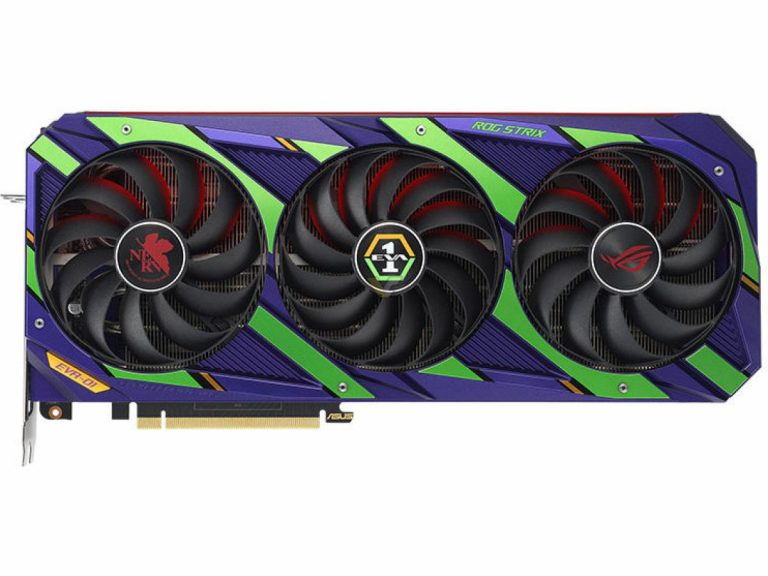 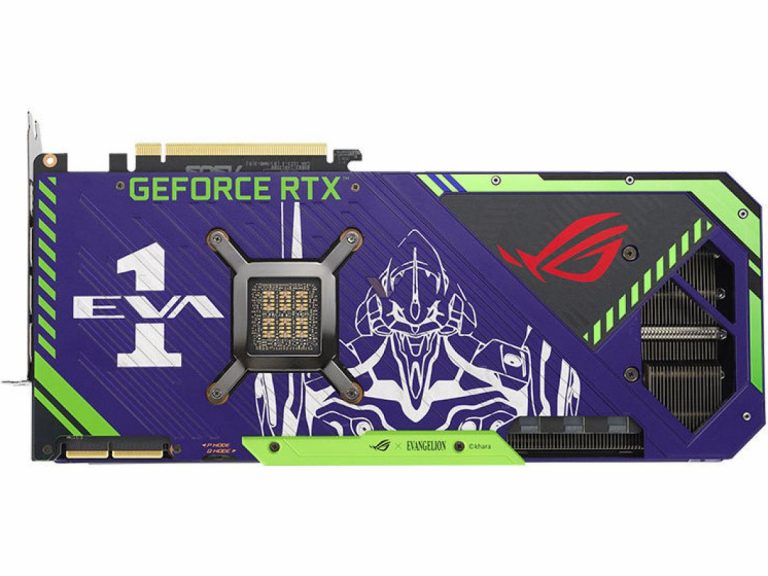 As mentioned earlier, ASUS already spawned three RTX 3090 ROG STRIX models, including the original black and silver card (which by the way was the first NVIDIA RTX 30 card to leak), the GUNDAM Edition and ROG STRIX WHITE. All four models appear to be using the exact same PCB, but their cooler shrouds, stickers and RGB lighting effects have been modified for each model. 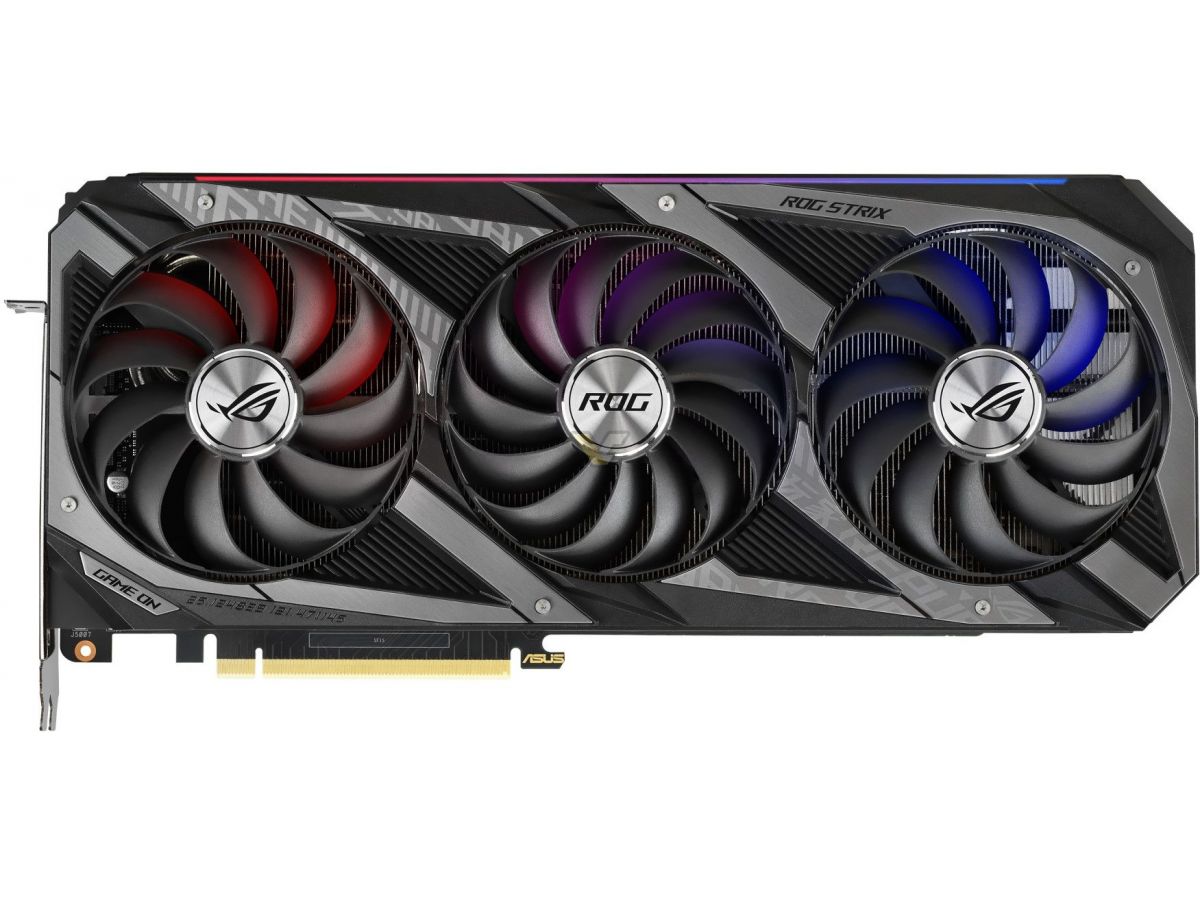 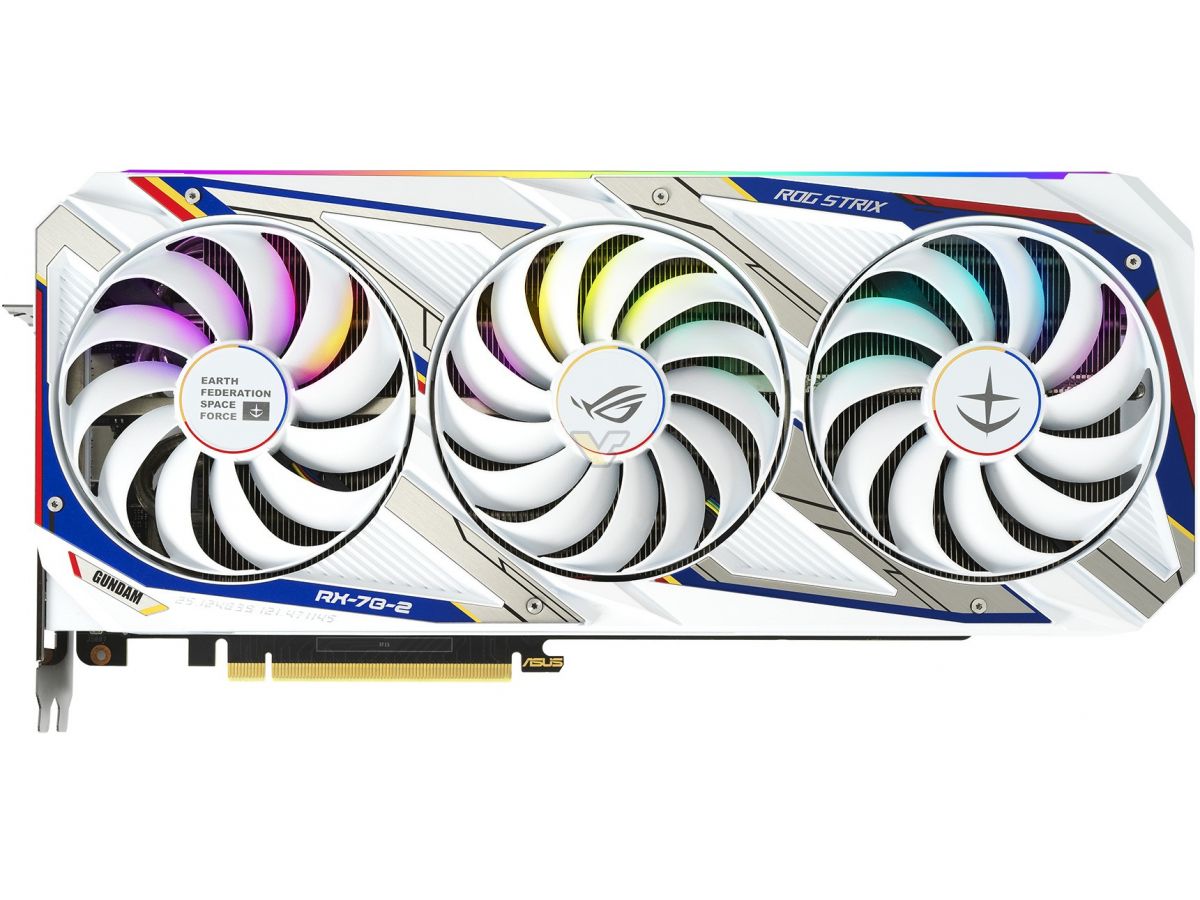 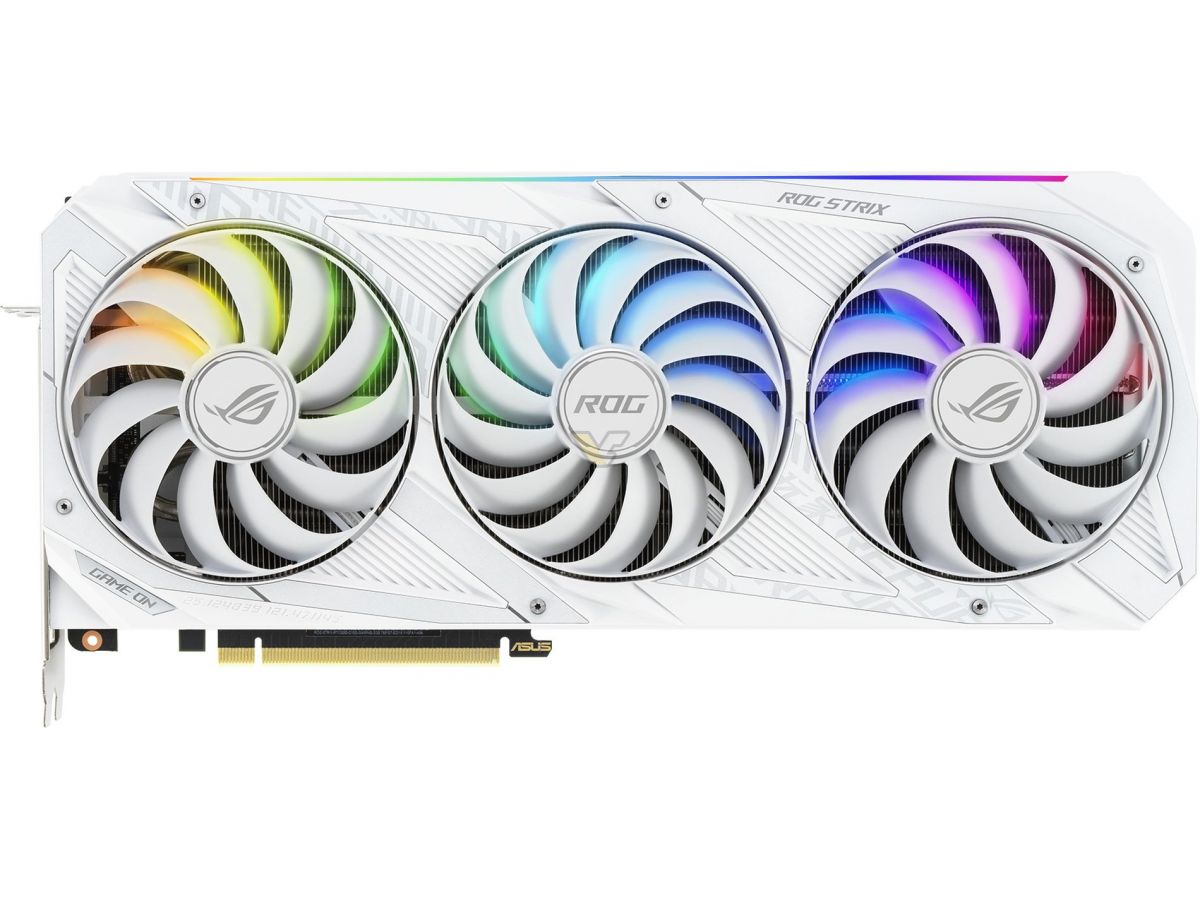